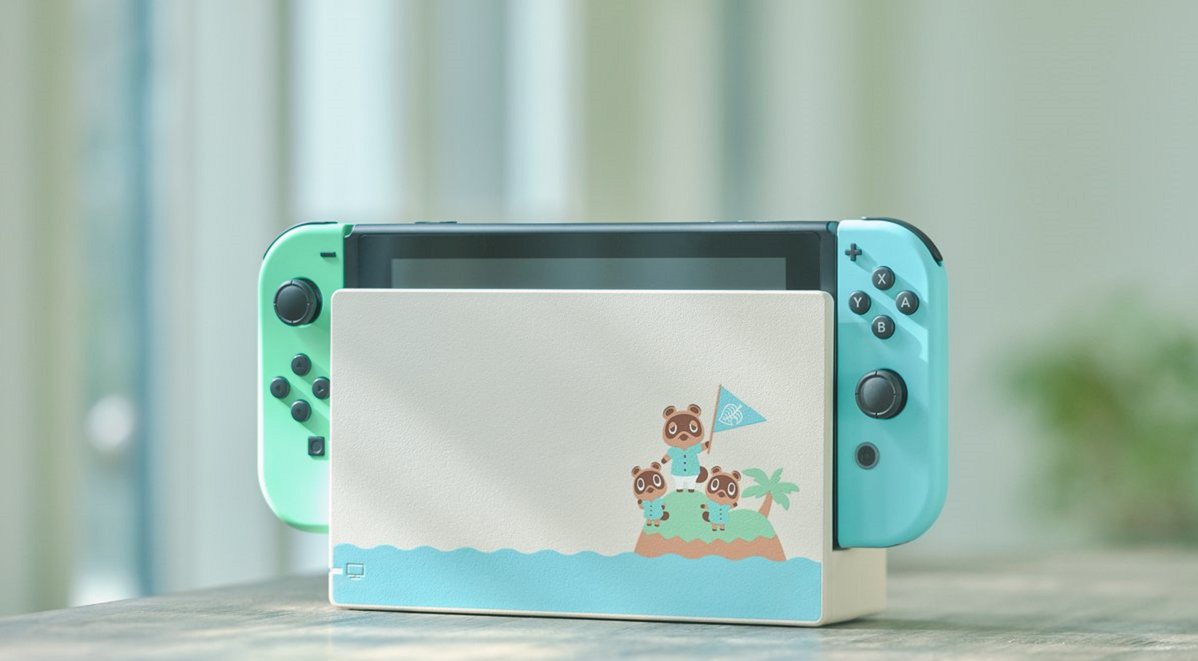 Nintendo has just revealed a brand new SKU of the Nintendo Switch inspired by the upcoming release of Animal Crossing: New Horizons. It is beautiful.

A #NintendoSwitch system inspired by #AnimalCrossing: New Horizons is on the way! With unique Joy-Con controllers, a custom design on the back, and a special Nintendo Switch dock, it’s the perfect way to start your island life. Available 3/13 for $299.99.https://t.co/MC5dJ11F3U pic.twitter.com/VigTPi4NDB

The Animal Crossing Nintendo Switch system will be available in stores on March 13, and have a suggested retail price of $299.99. The system will not include a bundle of the upcoming Animal Crossing: New Horizons, but the design is heavily inspired by the game and franchise. The Switch dock has a picture of Tom Nook alongside Timmy and Tommy, and it is just so very cute. I might die.

I must have it.

Nintendo just reported their Q3 2020 financial results, and they just conveniently announced this new model of the Switch right after providing updated guidance. This new Animal Crossing Switch SKU was not public knowledge, so it remains to be seen if Furukawa and the rest of The Big N were playing a game of underpromise and overdeliver.

Animal Crossing: New Horizons has a March 20, 2020 release date, but collectors and fans will be able to get their hands on these new Nintendo products on March 13. Time to start saving up your bells, because the Tom Nook tax will be real if you are like me and already own a Nintendo Switch. I don't care, because I have to have this. It's beautiful. Keep it locked on Shacknews for everything Nintendo Switch related leading up to Animal Crossing: New Horizons launch and the release of this awesome new Switch SKU.