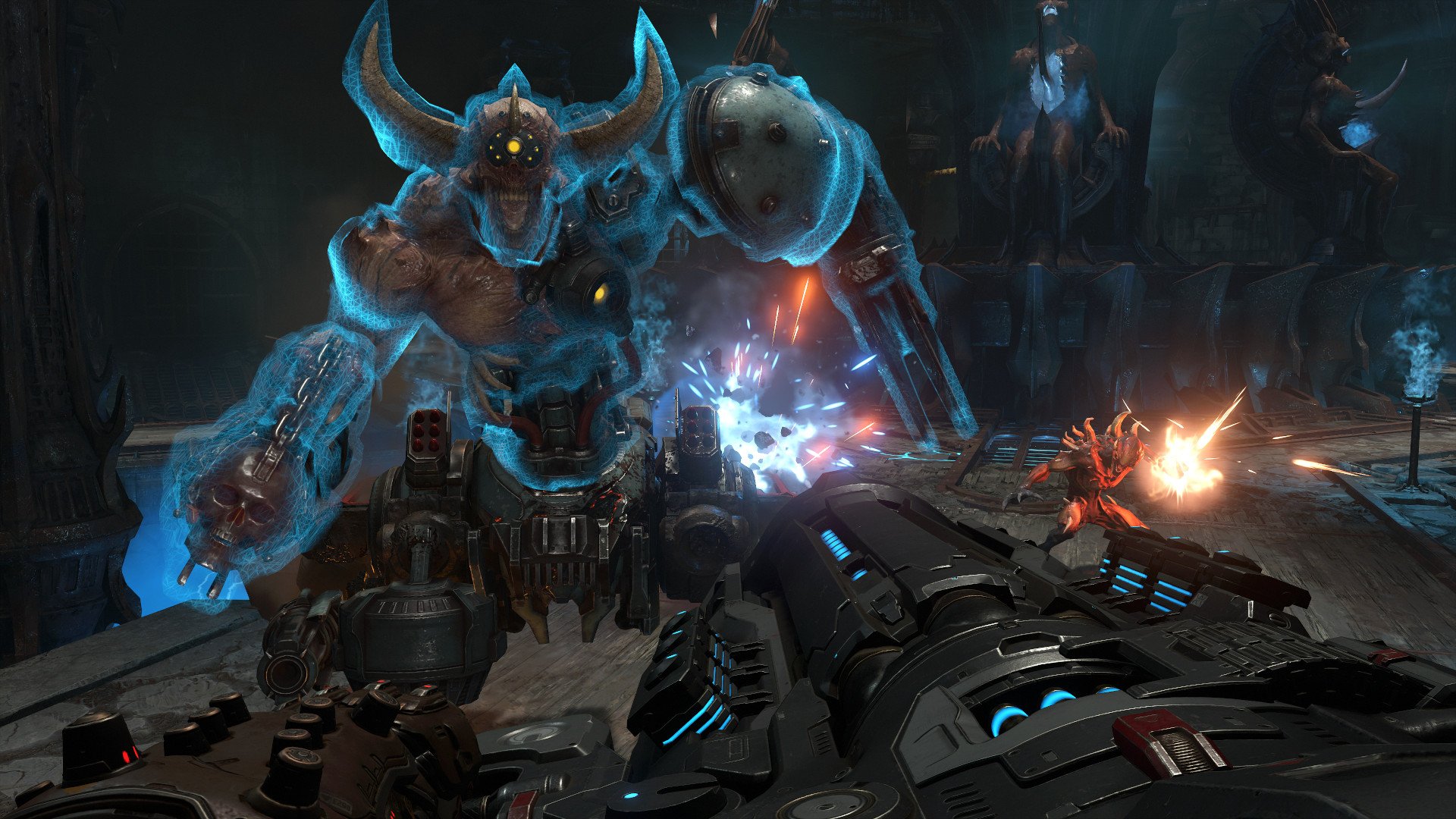 Find me a gamer who hasn’t experienced frustration while playing games and I’ll show you a liar. We have all found ourselves somewhere on the dial between mildly frustrated and controller-smashing furious. It can sometimes be the game’s fault, it can sometimes be our fault, but it’s bound to happen, and Creative Director of Doom (2016) and Doom Eternal Hugo Martin recently broke down how good games can frustrate players and sometimes that’s okay.

In God of War I died a lot in the first hour because it was teaching me how to do the combat. Same thing with Spider-Man. The reason I hit those frustration points is because I’m trying to play the game incorrectly. I was dying in Spider-Man because I wasn’t steering into the progression items and I wasn’t unlocking the gadgets, which is clearly what they wanted me to do. After banging my head against some of the encounters I realized that my combat skills could only take me so far and I’d reached a point in the game where I really needed to invest in gadgets. I’m glad they did that because I have to trust the designers and say “Okay this really isn’t working anymore. I’ve hit this frustrations wall. Let me try this. Oh, look! This is fun.”

What really stood out to me here is the refreshing take that frustration isn’t always bad, and it’s not always the fault of the game. Just because we struggle with something doesn’t mean the game is doing something wrong. Just because it’s frustrating at times doesn’t mean it’s a bad game. I’ve run into this countless times, but my breakthrough moment with this line of thinking was with Monster Hunter World: Iceborne.

During Iceborne I recall smashing my way through several of the introductory monsters. I paid almost no attention to their weaknesses and attacks, depending on my own skill to power through challenges. This worked for a bit, until I finally reached a point where my skill was no longer enough to close the gap. I was carting (dying) too often and hit a frustrating roadblock progressing the story.

When I cooled down, I decided to do some investigating and take a bit of time to prepare. I upgraded my armor and weapons, crafted the proper consumables, equipped the right charm, and then went back at it. I defeated the monster, a Barioth, the next time I faced it. Obviously, there was a rush of adrenaline at my sense of accomplishment, but the big takeaway for me was that by pushing aside what I thought I knew and letting the game guide me, I treated myself to the best rewards of all: growth and accomplishment.

That’s the good type of frustration, but Hugo also touched on the sort of frustrations that both players and developers want to avoid. “I think the basketball analogy too totally applies, just to take it out of video games: If I lose because somebody stole the ball from me, that’s my fault. If I lose because the ball disappeared and fell through the geo and there was nothing I could do it’s the game’s fault, so f*** that.”

If Doom Eternal aims to challenge me with positive frustration, rewarding me for learning its mechanics and buying into what it’s trying to do, I’m in. I was already in, but count me as more in than I was before.

Doom Eternal will launch on the PC, Nintendo Switch, PS4, Xbox One, and Google Stadia on March 20, 2020. If you can’t wait until then, check out the 2020 video game release dates calendar for something to hold you over.