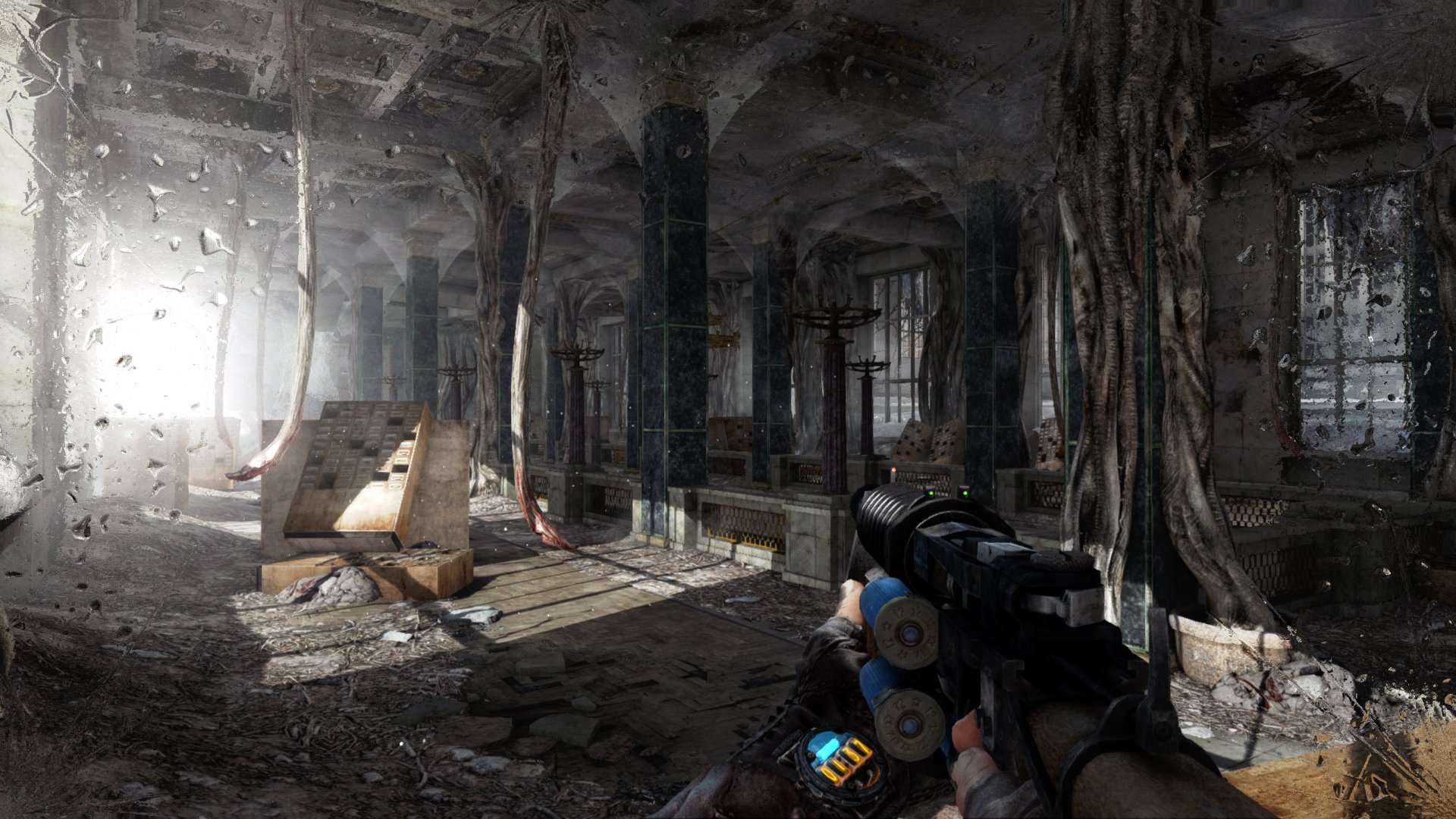 Feel like the Switch doesn't quite have enough of creepy subway exploration throughout a post-apocalyptic Russia? That's all about to change.

4A Games is bringing Metro Redux to Nintendo Switch, which combines Metro 2033 and Metro: Last Light into one package. While this particular collection has been available since 2014 on PlayStation 4, Xbox One, and PC, it's making its way now to the popular handheld/console hybrid.

The Metro series takes place in a future vision of Russia where nuclear war has brought the country to its knees. It's also based on a series of novels written by Dmitry Glukhovsky. They're notoriously pretty difficult, like the S.T.A.L.K.E.R. games, so if you're looking for a challenge, this is a great place to find it.

The Switch version will offer two different play styles in both "spartan" and survival," throughout which you might face off against a few mutants here and there and the terrifying chill of nuclear winter. The games will be available to pre-order soon as well, and if you do so soon, you can make the Ranger Cache pre-order pack yours. It comes with some pretty cool physical rewards: pin badges, game case sleeve, a poster, art cards, and a double-sided alternative artwork sleeve for your case.

You can expect to pick up the Switch version of the two-game combo when February 28 rolls around, with pre-orders going live soon. Hopefully this particular port is one that the Switch can handle without issue. We don't need another Witcher on our hands.