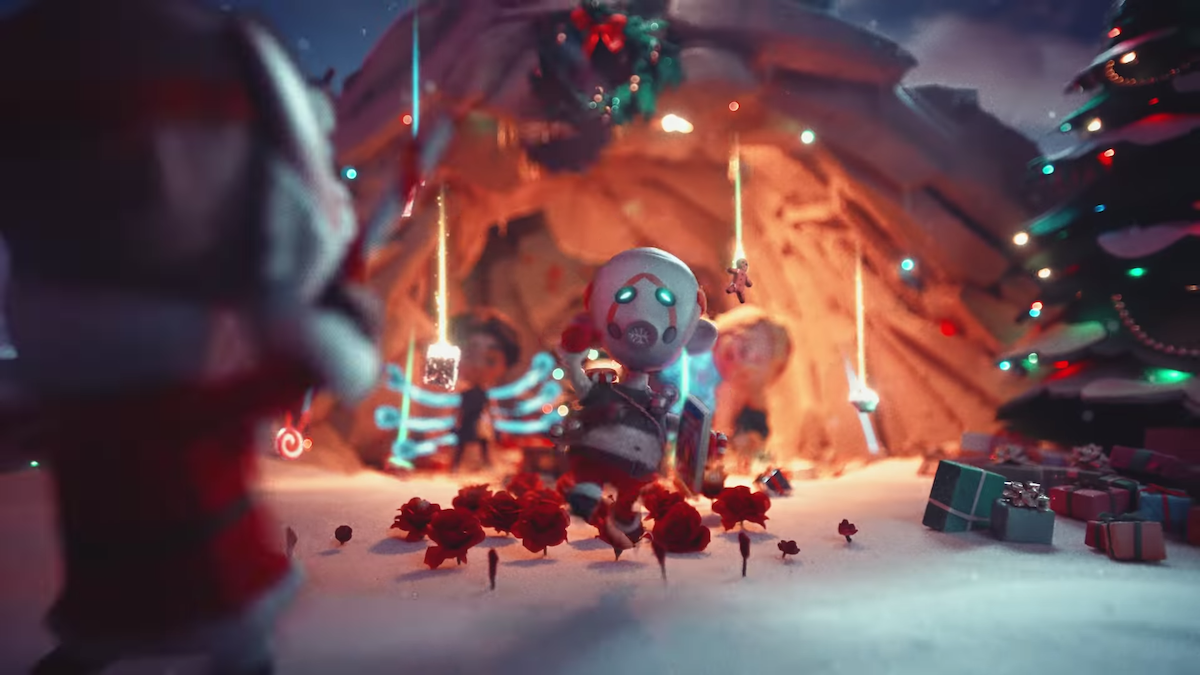 Borderlands 3 gets a holiday stop-motion trailer and discount

Have a holly jolly Borderlands Christmas with the game's first big holiday sale.

With the airing of The Borderlands Show's fourth episode, a slew of announcements came out, including a fun new stop-motion video encouraging buyers to "give the gift of mayhem" since all versions of the game on all platforms will be on sale. For a limited time, the Standard Edition, Deluxe Edition, and Super Deluxe Edition of the game will be up to 35% off.

This is a great time for the sale, especially since starting tomorrow, the latest DLC Moxxi's heist of the Handsome Jackpot will be available on Xbox One, PlayStation 4, and the Epic Games Store. This particular episode of the Borderlands Show gives us a look at some of the never-before-seen areas in the new DLC, so make sure you tune in to give it a look.

There will also be a series of free in-game awards throughout the season, and there was one even in the new episode of The Borderlands Show. Be sure to check it out and let us know if you decide to pick up the new DLC as well as how it is.

As far as first-time Borderlands 3 buyers, be sure to check out our own review from Josh Hawkins, who scored it a 9 out of 10:

"Borderlands 3 isn’t just a cheap rip off of what has worked in the past, though. The writing might still hold the same high-school level charm as the previous entries, but the story takes players above and beyond anything they’ve experienced in the Borderlands universe. Deep-rooted secrets and mysteries that have plagued the game’s lore for years are finally brought to light and all around the game does a very good job of being engaging and pushing players forward towards that ultimate end goal; The Great Vault."

Glowing words, so make sure you check out the review and let us know if you're enjoying the DLC as well.