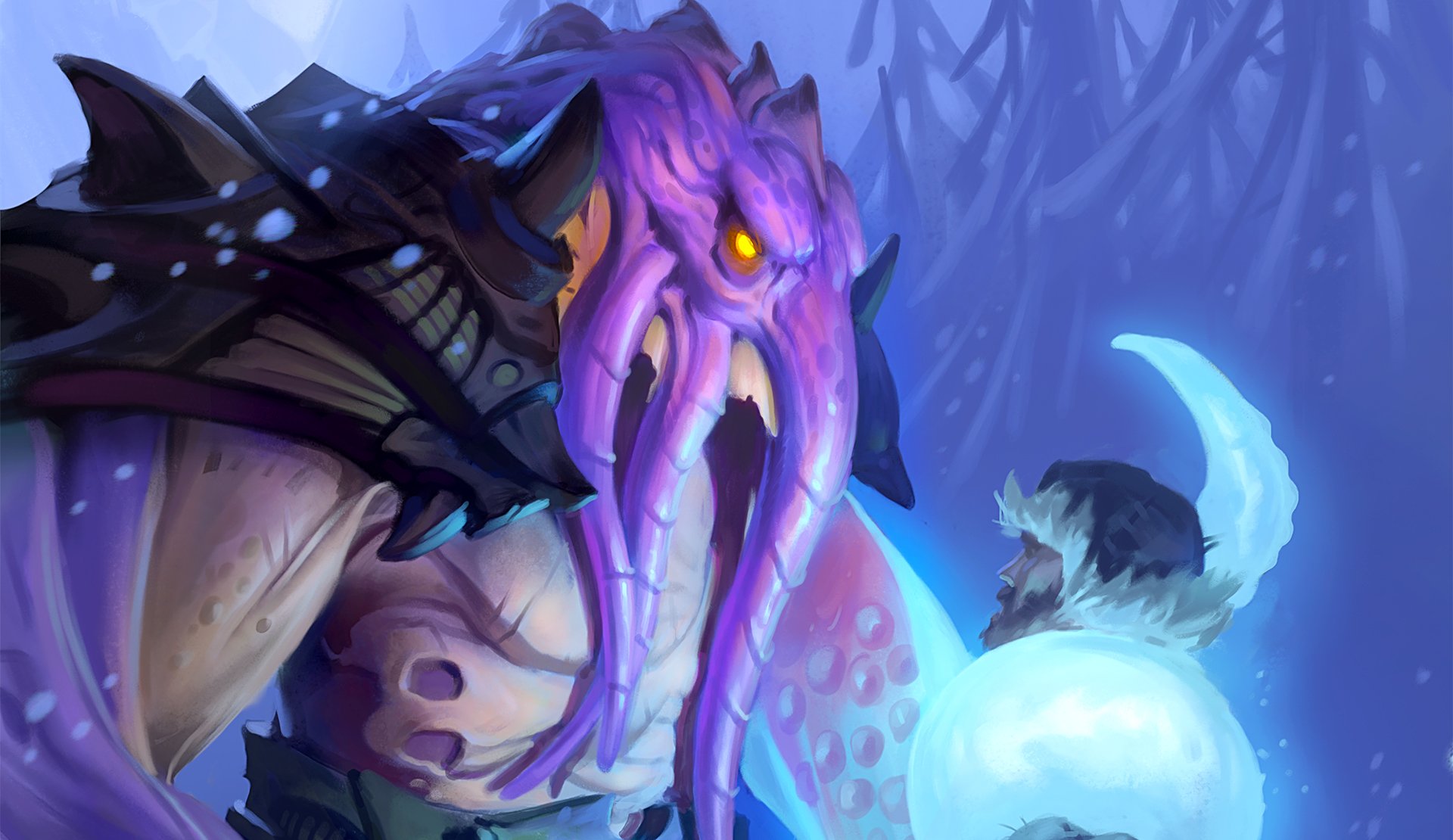 Hearthstone's latest expansion, Descent of Dragons, has only been available for a couple of weeks. But Shaman dominance atop the ladder has necessitated some early balance changes and they're coming with tomorrow's upcoming 16.0.5 balance update. While the ladder gets its share of tweaks, Battlegrounds is also getting a massive change, one that's sure to shake up the new mode as everyone knows it going forward.

Hearthstone's 16.0.5 update is set to make the changes to the following cards:

The common tie between all of these cards is that they're either all Shaman cards or cards that fit into just about every Shaman build. Quest Shaman, Aggro Shaman, and Galakrond Shaman have been showing up in high numbers on the ladder and these balance tweak should control their numbers a little bit. They're fair changes and shouldn't cripple the decks too much, though that Mogu Fleshshaper change might be a bit hard to swallow. This is certainly good news for Rogue players, as Deathrattle Rogue appears to be untouched, for the moment.

For Battlegrounds, the changes are eye-opening. Here's what's set to change there:

The biggest stunner here is the outright removal of Nightmare Amalgam. This was a catch-all minion that could be buffed by any stat-buffing minion of any tribe. It could be blown up to obscene stats and would also work with the various Magnetic minions in Battlegrounds. Lightfang Enforcer would buff it to astronomic levels, making it a consistent threat to the board. The loss of Nightmare Amalgam will change Battlegrounds cataclysmically for the foreseeable future and will change the meta as everyone knows it.

These changes are set to go into effect tomorrow. Affected ladder cards can be dusted for their full Dust value from now through January 1. For more on these big changes, check out the Hearthstone forums.