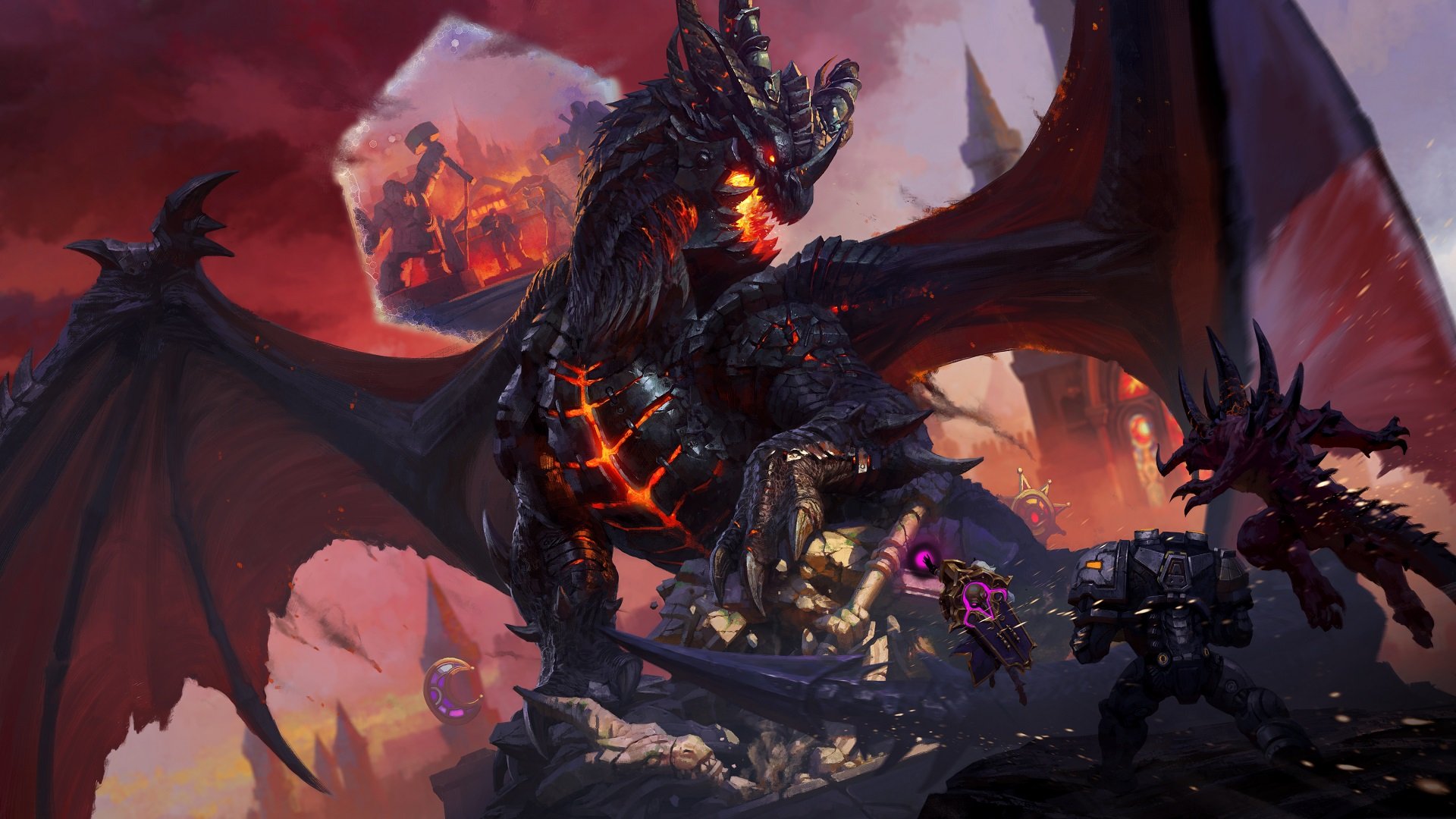 Prior to BlizzCon 2019, Blizzard revealed that Heroes of the Storm's next character would be one of the biggest additions to its MOBA in many years. The names don't really come much bigger than Deathwing if you're a fan of Warcraft lore. It's been almost a month of waiting, but the Worldbreaker is now officially making his debut in the latest Heroes of the Storm PTR update.

Deathwing is exactly as powerful as one would expect him to be. In fact, The Aspect of Death makes him "permanently unstoppable" by grabting him multiple armor plates and allowing him to deal double damage to Heroes. So then is there any downside to this character at all? The sole negative appears to be that in exchange for nigh-omnipotence, Deathwing cannot be healed or buffed by ally abilities at all. Deathwing comes with Form Shift, which allows him to switch back and forth between his Destroyer form and his Worldbreaker form, which changes up his abilities. Deathwing can recharge his armor if he uses Dragonflight, which lets him oversee the map from the air.

I'll say this much, if Heroes of the Storm is on its last legs, then it feels like a good time to enjoy what appears to be a wildly broken (and crazy fun) character. Other changes implemented in the latest PTR patch include new Nexus Anomalies, the first of which will see Experience Globes drop onto the battlefield; the start of the Storm League; new bundles; and adjustments to the game's AI.

Learn more about Deathwing and all of the PTR changes over on the Heroes of the Storm website. Look for these changes to hit the full game in the weeks ahead. And remember, if you picked up the BlizzCon Virtual Ticket, Deathwing is yours to own.