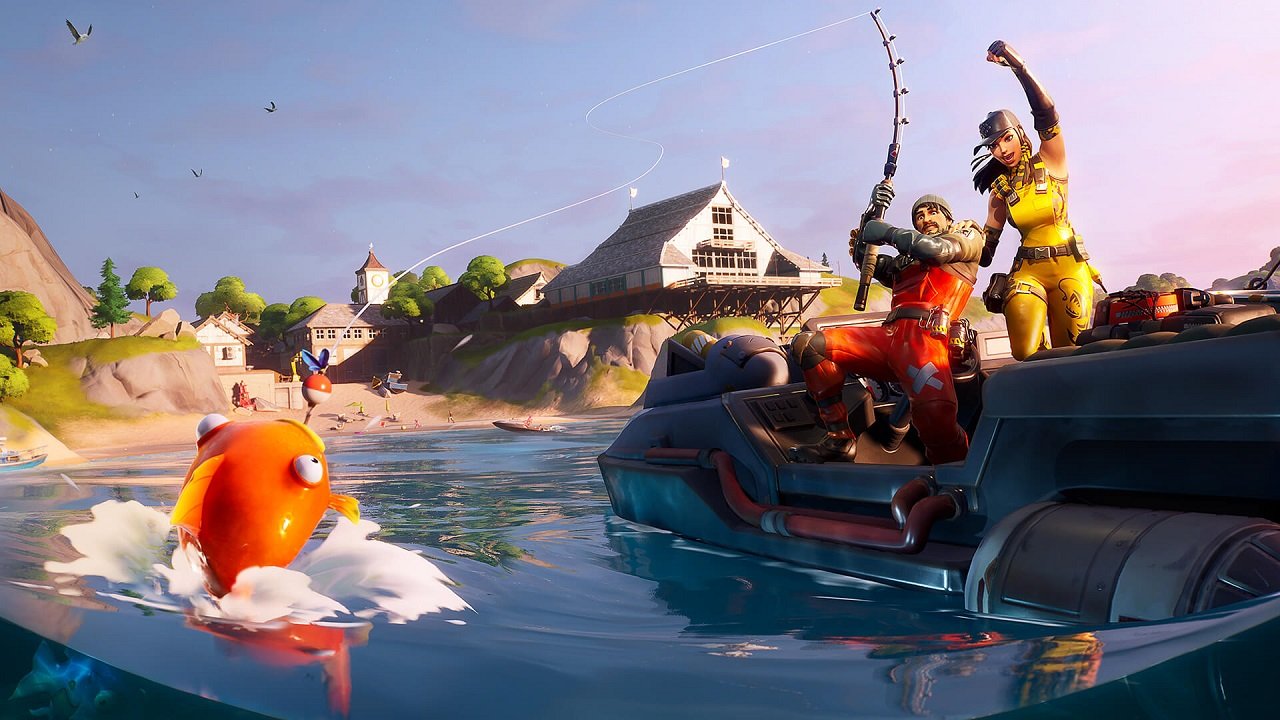 Fishing has been an interesting new mechanic in Fortnite Chapter 2. Whether you go by rod or Harpoon Gun, It gives players a chance to score awesome gear and get a leg up on the competition through their angling efforts. Well get those poles ready because the new Fortnite Fishing Frenzy Contest is about to put your cast to the test with new skins, a multi-category competition, and the chance to score prizes and trophies.

Fortnite announced the Fishing Frenzy Contest on November 22, 2019 via an update on the Fortnite website. Starting on November 22, 2019 at 5AM PT / 8 AM ET and going until Sunday at 5PM PT / 8PM ET, players will be able to take part in the contest to see who can bag the most fishing in a number of categories. Each regional server will have its own set of champions in each category and scoring the most in any category will get the champion a real-life engraved Llama Trophy. The categories include Top Angler (most fish caught in a single match), Small Fry Champion, Flopper Champion, and Slurpfish Champion (each kind of fish caught most over the entire competition).

It’s worth noting that according to the rules set by Epic, Harpoon Gun fishing will not count towards your total fish count. You’re going to have to rely solely on the fishing pole if you want to achieve a championship.

How to get the Bottom Feeder Pickaxe

The competition isn’t the only thing going on in the Fortnite Fishing Frenzy Contest. There’s also a special pickaxe that can be obtained by anyone during this event. In order to obtain the Bottom Feeder Pickaxe, players just need to catch a Mythic Goldfish. It won’t be easy. The Mythic Goldfish is a rare catch, but if you keep at it and luck is on your side, you just might bag one, and the Bottom Feeder Pickaxe along with it.

The Triggerfish skin has come to the item shop as well as of November 22, 2019 if you want to take the war back to the anglers. As mentioned above, the contest only lasts this weekend, so get to fishing and go for the trophies!