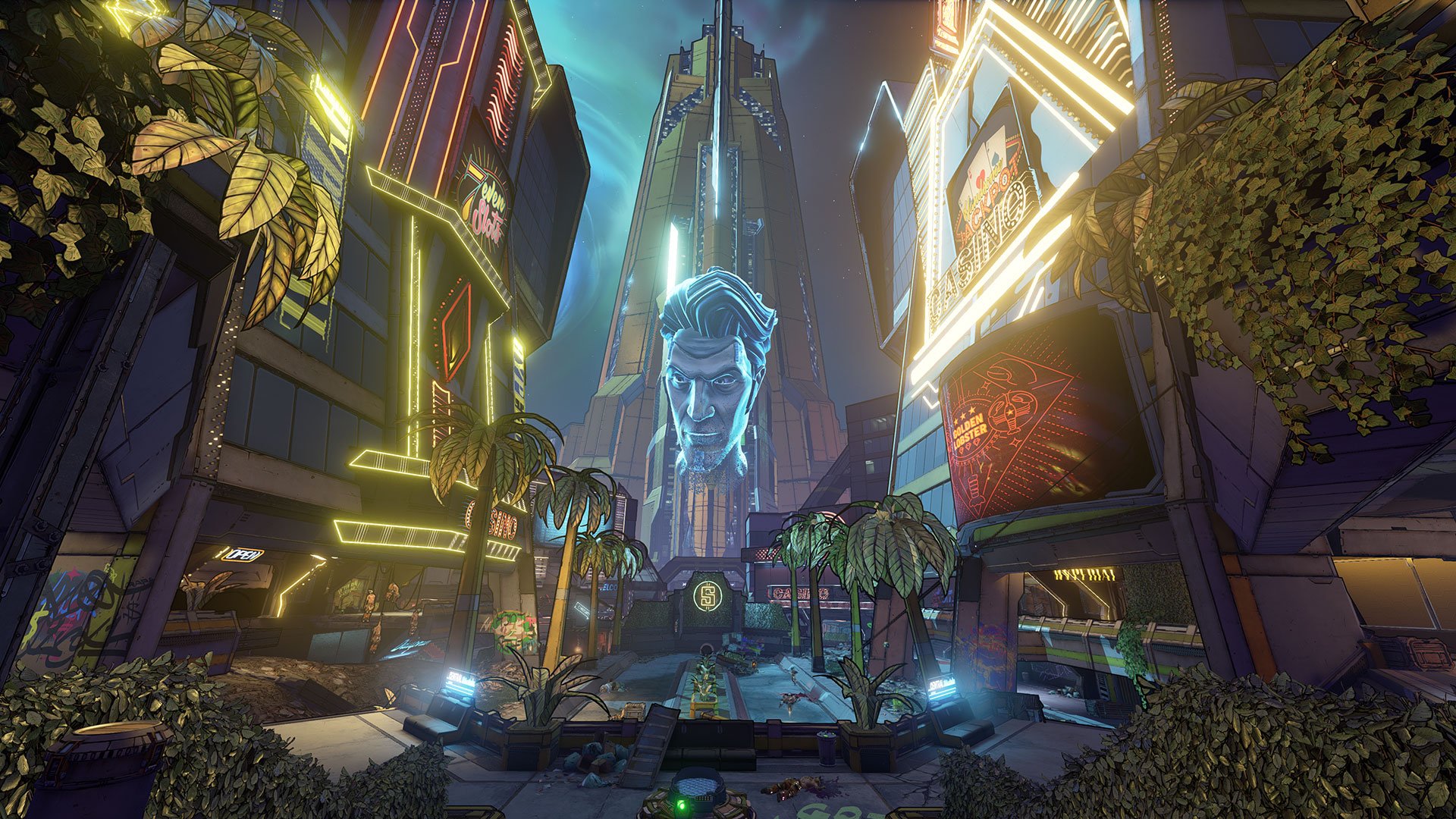 Borderlands 3 has been available for a couple of months and now 2K and Gearbox are looking to continue the game's story. Vault Hunters are always on the hunt for more loot and what better place to find loot than a casino? Surely the late Handsome Jack won't mind if a hardened crew of Vault Hunters decide to raid one of his old space stations. That's the premise behind Borderlands 3's first campaign DLC, Moxxi's Heist of The Handsome Jackpot.

The Handsome Jackpot once doubled as a space station and a casino, but since Handsome Jack's fall, the area has been abandoned and placed on total lockdown. However, while it's largely abandoned and still gaudy as all heck, it's still filled with valuables, which leads to Moxxi assembling a team of Vault Hunters to roam through it. Of course, if anyone knows anything about casinos, it's that they're usually packed with security guards ready to break kneecaps and bust faces. The Handsome Jackpot is no exception, as it's filled with old Hyperion robots that are faithfully guarding the old vessel. Completing this mission will prove to be worthwhile, as the various rewards include Legendary weapons and numerous cosmetic items.

You'll have to have made some progress in your Borderlands 3 campaign if you hope to jump into the Handsome Jackpot DLC. Those looking to access the new content will first need to play through the story until they unlock Sanctuary III following the campaign's fifth episode. This almost goes without saying, but you'll need the Season Pass to access the new content, as well. This is the first of four campaign DLCs tentatively set to round out the full Borderlands 3 package.

You can find more information on Moxxi's Heist of the Handsome Jackpot on the Borderlands website. Look for the new DLC to hit all versions of Borderlands 3 on December 19.