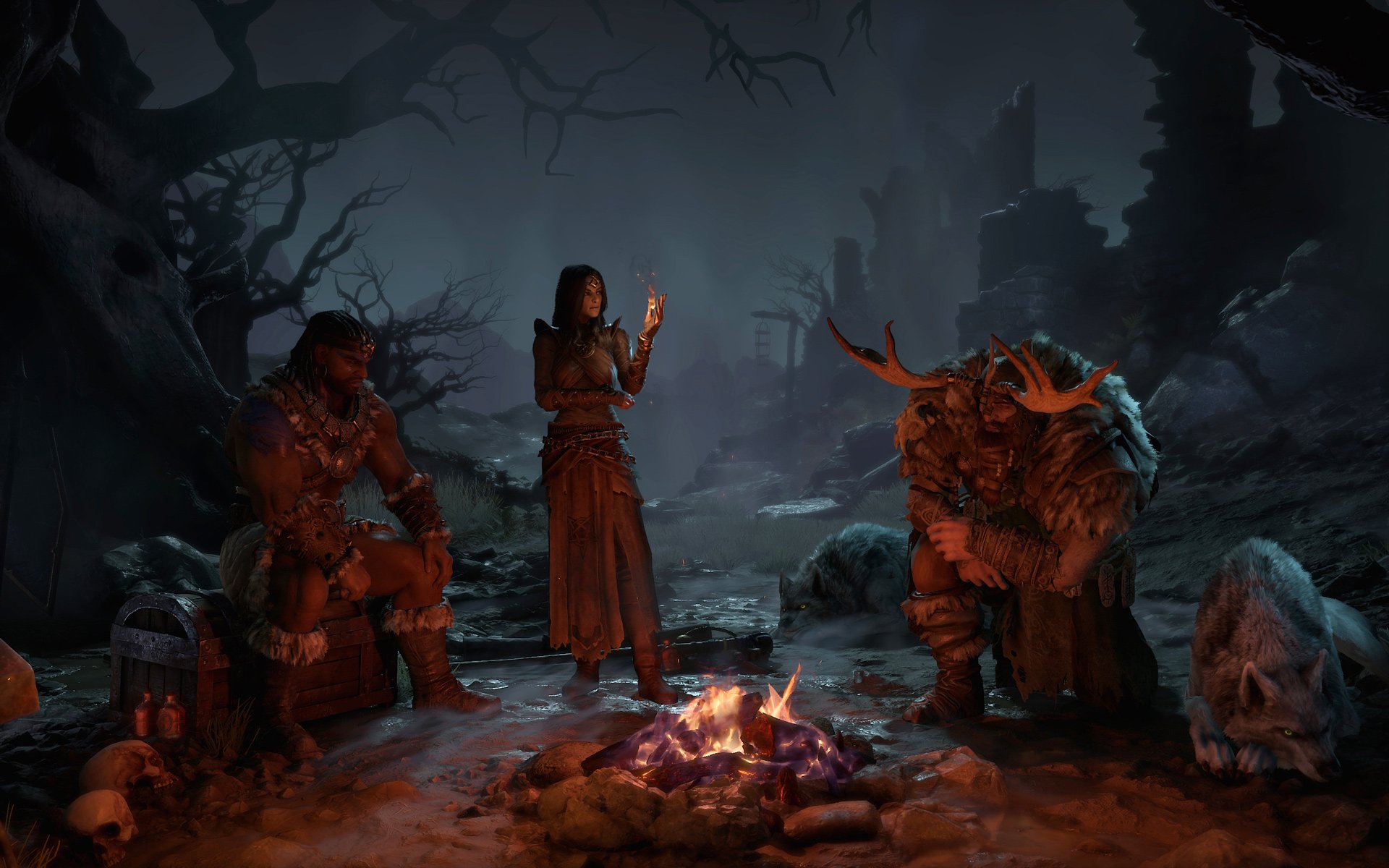 Diablo fans got some amazing news at BlizzCon 2019 with the announcement of Diablo 4. This major event was the first time players got to hear – and see – what the team has been hard at work on. We here at Shacknews had the opportunity to speak with Blizzard about Diablo 4 and the difficulty of choosing what classes to bring forward, as well as how the team designed the druid's transformations.

The tone is one of the biggest shifts leading into Diablo 4 from Diablo 3. The team has truly embraced the return of darkness. From the trailer and gameplay alone, the change in tone is immediately obvious. The world looks to be more visceral and the subject matter is just as dark but with another layer of brutality.

Visuals are also an integral part of creating the classes in Diablo 4. We were able to talk about the three classes featured in the sequel: the barbarian, sorceress and the druid. Of these three, the druid is particularly interesting.

The druid is able to transform into other animals, including a bear and a wolf. What the team has managed to achieve with these transformations is nothing short of miraculous. According to the devs, it was a multidisciplinary effort to figure out how to make the shape-shifting smooth and fast. The end result is an animation that can swap between the different models mid-animation, creating impressive visuals.

There’s currently no release date for Diablo 4 and with a developer like Blizzard, there’s no telling how far along they are in production. We could be seeing a release in a year or even a few. Whatever the case, Diablo 4 is looking incredible and is sure to be a must-buy for fans. Be sure to check out the GamerHubTV and Shacknews YouTube channels for more developer interviews and gameplay videos.