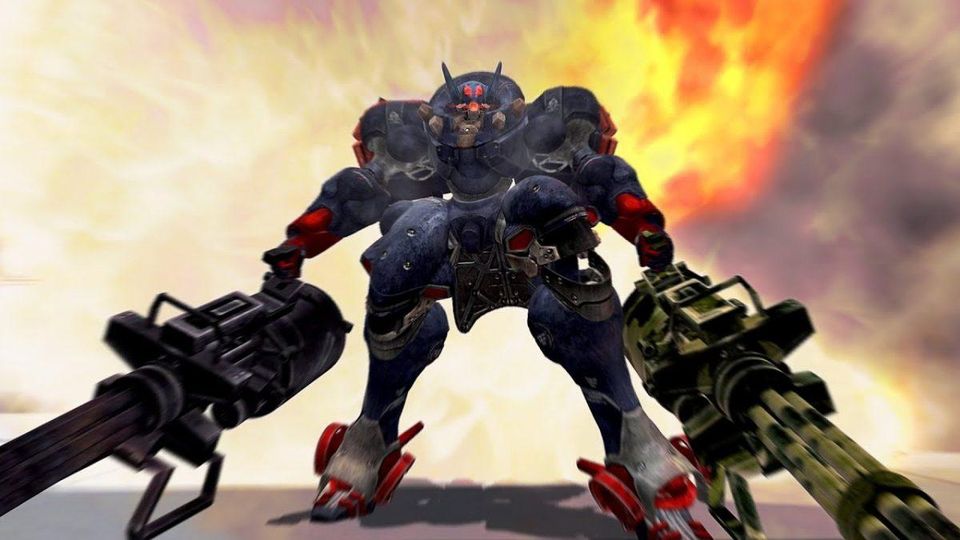 It can be hard to feel patriotic nowadays what with all the massive corruption and scandal that seems to constantly be rocking the 24-hour news cycle. Wouldn’t it be nice if we had a president we knew we could count on? A president that would go the extra mile for his country and its people. A president that would jump in a giant mech and stop an evil coup put forth by the vice president. While I sadly doubt we’ll get anything like that anytime here in the good old US of A one thing that we do have now is a localized version of the cult classic From Software game, Metal Wolf Chaos XD. Originally the game launched in Japan back in 2004, but the team at Devolver Digital recently brought it to American shores for the first time.

To celebrate this historic occasion, I’ll be hosting a livestream today where we’ll be diving head first into all the presidential mech-piloting action that MWCXD has to offer. And if all that wasn’t enough, I’ve also got a physical PS4 copy of the game for one very lucky winner. We’ll be going live with the festivities around 4pm PT/7pm ET with some hearty mech action. You can check out the livestream here, and be sure to give us a follow if you like what you see.

If you want to enter the giveaway for the PS4 copy of Metal Wolf Chaos XD simply reply to this thread with your answer to the following: Are you a bad enough dude to stop the Vice President in Metal Wolf Chaos XD? We’ll pick an explanation we like and alert the winner via direct message after the giveaway has ended. This contest is only open to people who live here in the US that are 18 or older. Good luck and we hope you enjoy today’s stream!