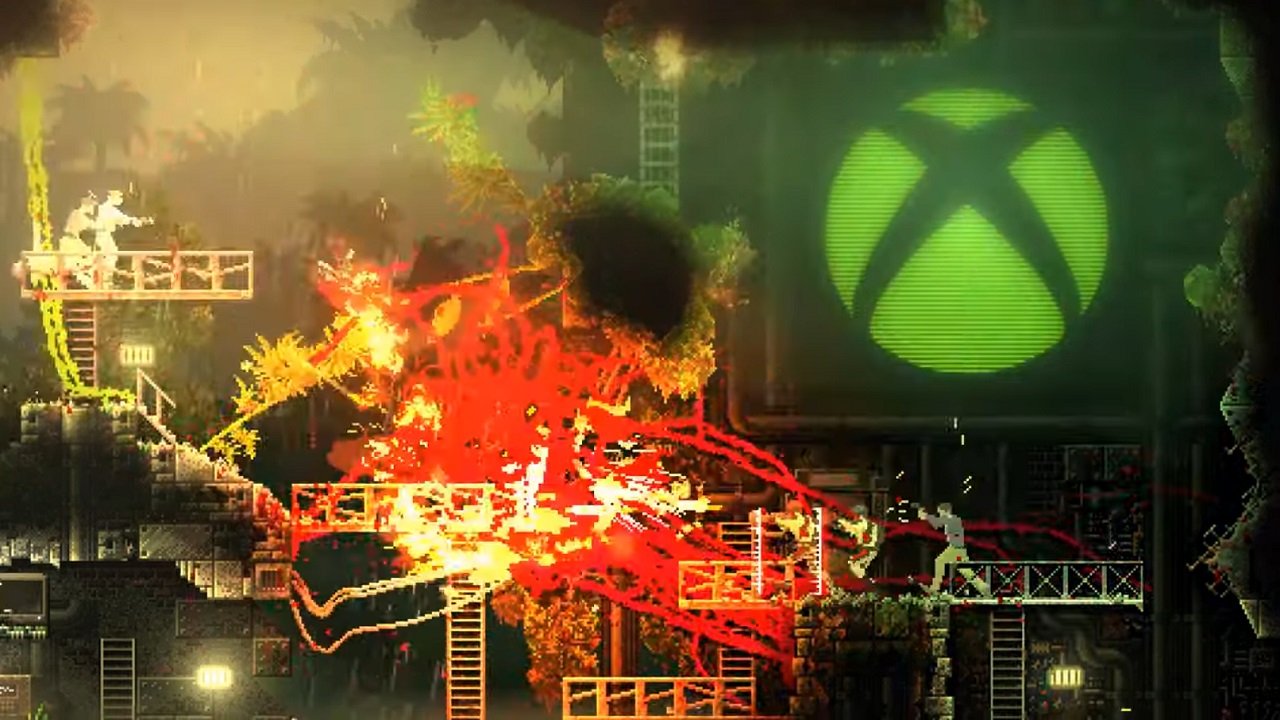 Devolver Digital’s reverse-horror title Carrion has always been a brutally interesting endeavor. Instead of fighting against or containing the hideously grotesque monster, you are the monster and your only task is surviving, devouring, and absorbing the foolish scientists, guards, and other meaty creatures who dare to get in your way in the harrowing confines of the facility that imprisoned you. It also turns out that Steam players won’t be having all the fun. Devolver Digital has just announced that Carrion will also be launching on Xbox One.

Devolver announced their plans to launch Carrion on Xbox One with a new trailer launched on the Devolver Digital YouTube channel on November 11, 2019. Alongside a vibrant display of meaty goodness that ends horribly for a slew of humans, the brief new trailer puts the Xbox logo bright and prominently on the scene of the carnage. Alongside this trailer, Devolver and game developer Phobia Game Studio announced in a press release that Carrion would actually be launching directly beside the PC launch in 2020.

Revealed at E3 2019, Phobia Game Studio made a splash with their “reverse-horror” title in which players take on the role of an amorphous creature imprisoned in an unknown facility. As you seek to escape, you’ll come across and kill human foes, grow, and evolve, taking on a number of new abilities in your rabid quest to get out and destroy everything that stands in your way. Humans will panic and do everything they can to contain or kill the creature as chaos and fear spreads rampantly from the creature's increasingly deadly onslaught.

Carrion doesn’t have a confirmed release date just yet, but is slated to be playable next at the Xbox X019 event in London on the weekend of November 14 through 16. Has Carrion caught your interest yet? Will you be checking it out when it becomes available? As we await more details on the game, PC players can find and wishlist the game on Steam.

Nioh 3 will likely happen, but not before Team Ninja pursues other projects