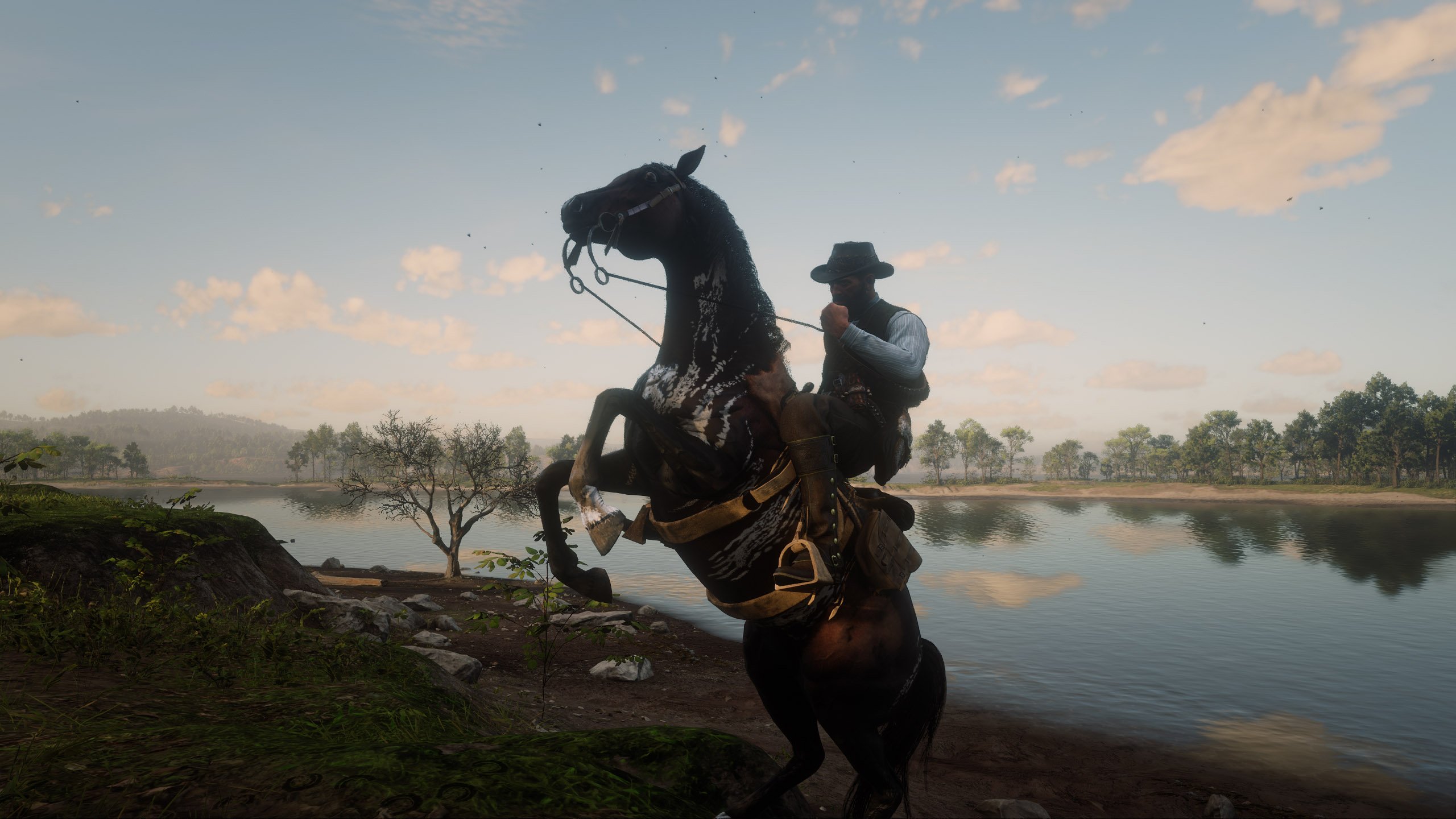 PC players have discovered what appears to be a new horse in Red Dead Redemption 2. It’s one that has yet to be spotted on console, leading some to believe it’s only on PC. This horse is the Warped Brindle Arabian horse, and something PC players should track down to add to their collection.

The Warped Brindle Arabian horse was first found by Reddit users near the Wapiti Indian Reservation in the north part of the map. In fact, the horse can be found just west of the reservation, but just north of the Wapiti Indian Reservation words on the map. This area can be somewhat rough terrain, so it’s possible players will spook the horse as they attempt to get a visual on it. For that reason, I’ve widened the search area on the map provided, but players should start looking just above the space between the words Wapiti and Indian on the map. Players should crouch walk when they’re close, leaving their current horse a ways off so as not to spook the Warped Brindle Arabian.

To break the horse, lock onto it and call out, then slowly walk towards it making sure to calm it any time it gets spooked. Once you’re close enough, pat the horse, then mount it. It’ll try to buck you off, so just keep calming it and pulling back on the reigns for a few seconds. Soon, the horse will be tamed, and you can call your secondary horse over, choosing to place the saddle on whichever you prefer.

Now that you have the Warped Brindle Arabian horse in your stable, be sure to visit the Red Dead Redemption 2 guide and walkthrough for more help with all things you’ll encounter on the trail.