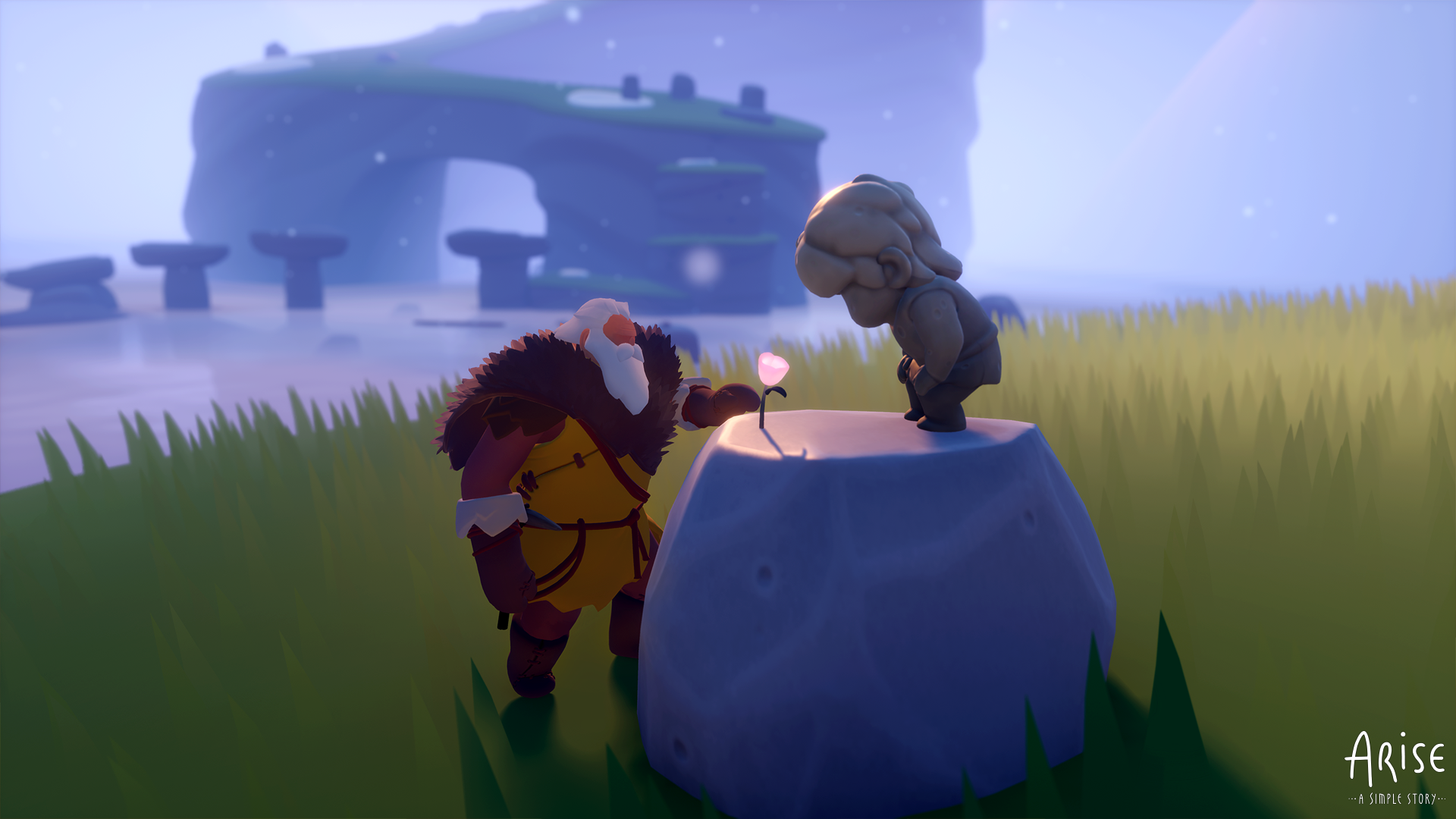 Everyone has thought about what happens at the end of life. At that point, whatever happens next feels irrelevant. All that remains is to look backwards. There's only the past and what one has made of one's life. The memories are all that remain in Arise: A Simple Story, the next game from indie developer Piccolo Studio and publisher Techland.

Some may recognize Arise from its appearance during September's Sony State of Play presentation. But the game will look to bring its touching story to more than just PlayStation platforms. Shacknews recently had the opportunity to take an early look at the emotional tale that Arise will look to weave together.

Arise puts players in the role of an unnamed protagonist, who is at the end of his life. The entirety of the story takes place in limbo, where he relives the most critical events of his life, jumping around from various spots. He will piece together some of the most priceless memories of his life, recalling both the best of times and the very worst. It's a bittersweet look back at a life that was.

At its core, Arise feels like a 3D platformer, with the game's camera largely helping guide the player along the right path. The scene around the main character appears to unfold like normal, but there appear to be a number of obstacles that are blocking the way forward. Since he is at death's door, the rules of time don't really apply to the main character anymore. So he finds he has the ability to manipulate time, rewinding and fast-forwarding whenever necessary.

Time manipulation plays a big part in Arise and plays a major element in the game's puzzles. At one point, I was bouncing along a bed of flowers, using time to help navigate a helpful bumblebee in my direction and later using it to return to a moment when a bouncy spider web was in place to help reach a distant area. The mechanic becomes more handy later during a more chaotic stage, where an earthquake is razing the ground and splitting the earth in two.

Arise has several ways that it looks to evoke emotion from the player. There's the melancholic soundtrack from composer Hellblade: Senua's Sacrifice composer David Garcia, taking some time from his normal gig at Ninja Theory to help put together music for Piccolo Studio's effort. The soundtrack is a big help, because there is no text or dialogue at any point in the game. Nor does the art style utilize faces, relying on simple gestures and sound to tell the game's story. The combination of character movement and orchestral music works beautifully, making various aspects of the story feel more impactful.

Of course, this is just a small sample of what Arise: A Simple Story will have to offer. The game will offer a fair number of challenges across several hours, with collectibles in place to help flesh out the game's narrative. Piccolo is also offering up cooperative play, with one player worrying about the platforming and a second player navigating the time manipulation mechanic. Game Director Alexis Corominas has expressed hope that this can bring friends and couples closer, with even the most casual player able to help out on the cooperative end.

Arise: A Simple Story hopes to touch hearts across gaming in just a few short weeks. On Friday, Techland and Piccolo announced the game's release date. Arise: A Simple Story will release on December 3 for $19.99 on PlayStation 4, Xbox One, and PC as an Epic Game Store exclusive. Those who pre-order can pick up the game's soundtrack as a special bonus.