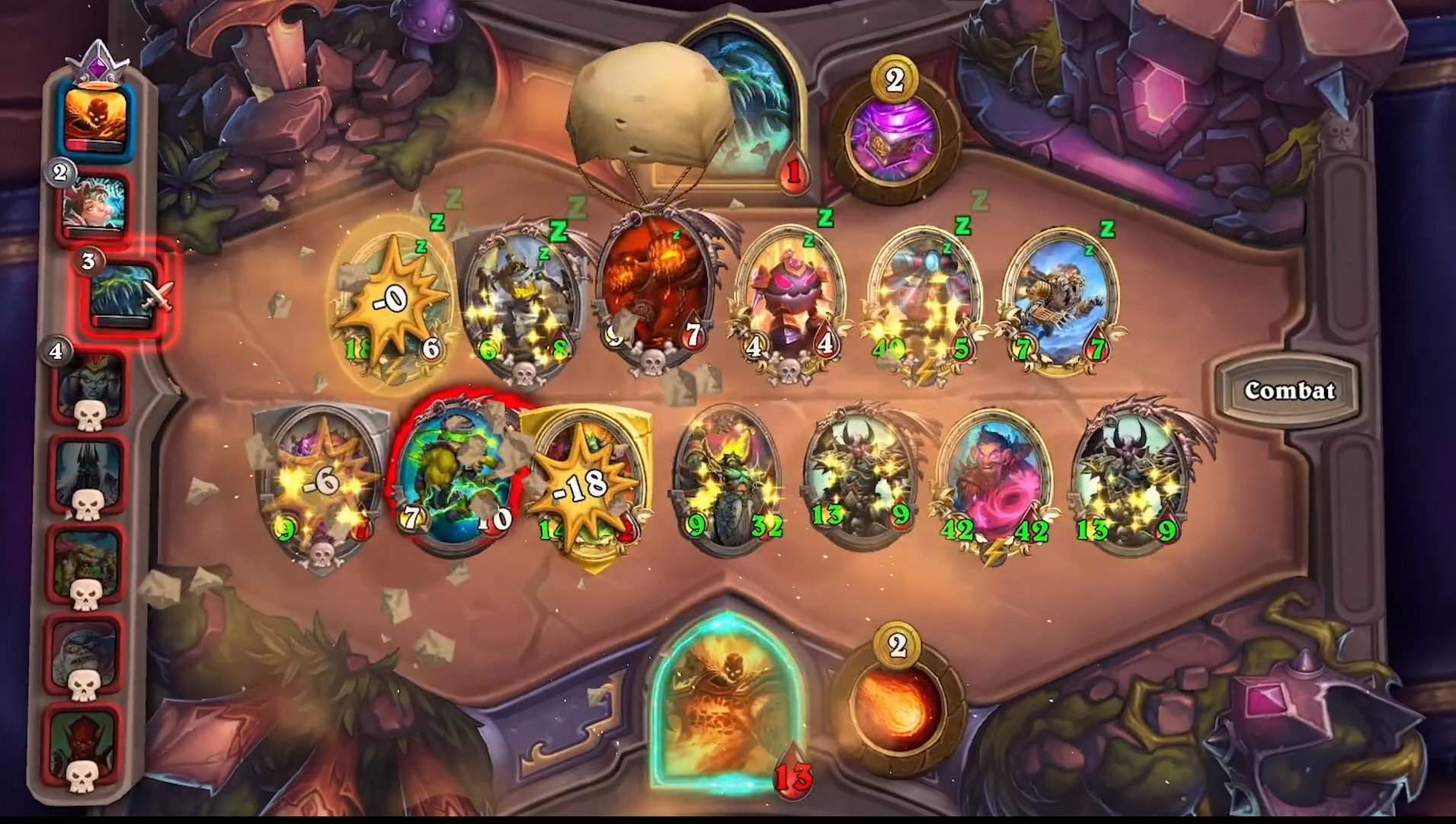 Fans of Hearthstone were in for a few treats today at the Blizzcon 2019 keynote. Not only is a new event coming their way, but they're also getting a brand-spanking new game mode to try out. The upcoming Hearthstone Battlegrounds is a new auto chess-style game mode that will let players hop into a free-for-all with up to 8 other players. Players will be able to choose from a selection 24 playable heroes and then conjour up an army of minions to throw down on the game board. From there, everything kind of plays itself out automatically. The armies will duke it out in a series of battles until only one remains victorious on the field of combat.

Players will be able to get access to the new mode through the in-game Tavern. Fans who have purchased tickets to Blizzcon for either the physical event or a virtual ticket will gain early access to Hearthstone Battlegrounds starting on November 5. Other players who want in on the early Battlegrounds access action can simply pre-purchase Descent of Dragons as well. Everyone else will have to patiently wait until November 12 for their chance at experiencing the open beta.

Before hopping into the Hearthstone Battlegrounds closed or open beta, fans may want to check that their mobile devices are up to par. According to Blizzard "Due to the nature of an 8-player match with tons of attacks, effects, and animations triggering at the same time, Hearthstone: Battlegrounds is currently only supported on mobile devices with more than 2 GB of RAM."  While some players with older mobile devices maybe see this as a chance to upgrade their tech, if they prefer to be patient there's a chance Battlegrounds may eventually run on their phones as Blizzard does go on to state "As we progress out of Beta, we will be working to optimize the experience so that players with older devices can participate in this new game mode." So if you absolutely need to play on November 5, be sure you've got Descent of Dragons pre-order or went to Blizzcon 2019 and that your mobile device has enough RAM. Otherwise, you'll have to just wait like the rest of us bums for some 8-player auto-brawling fun.