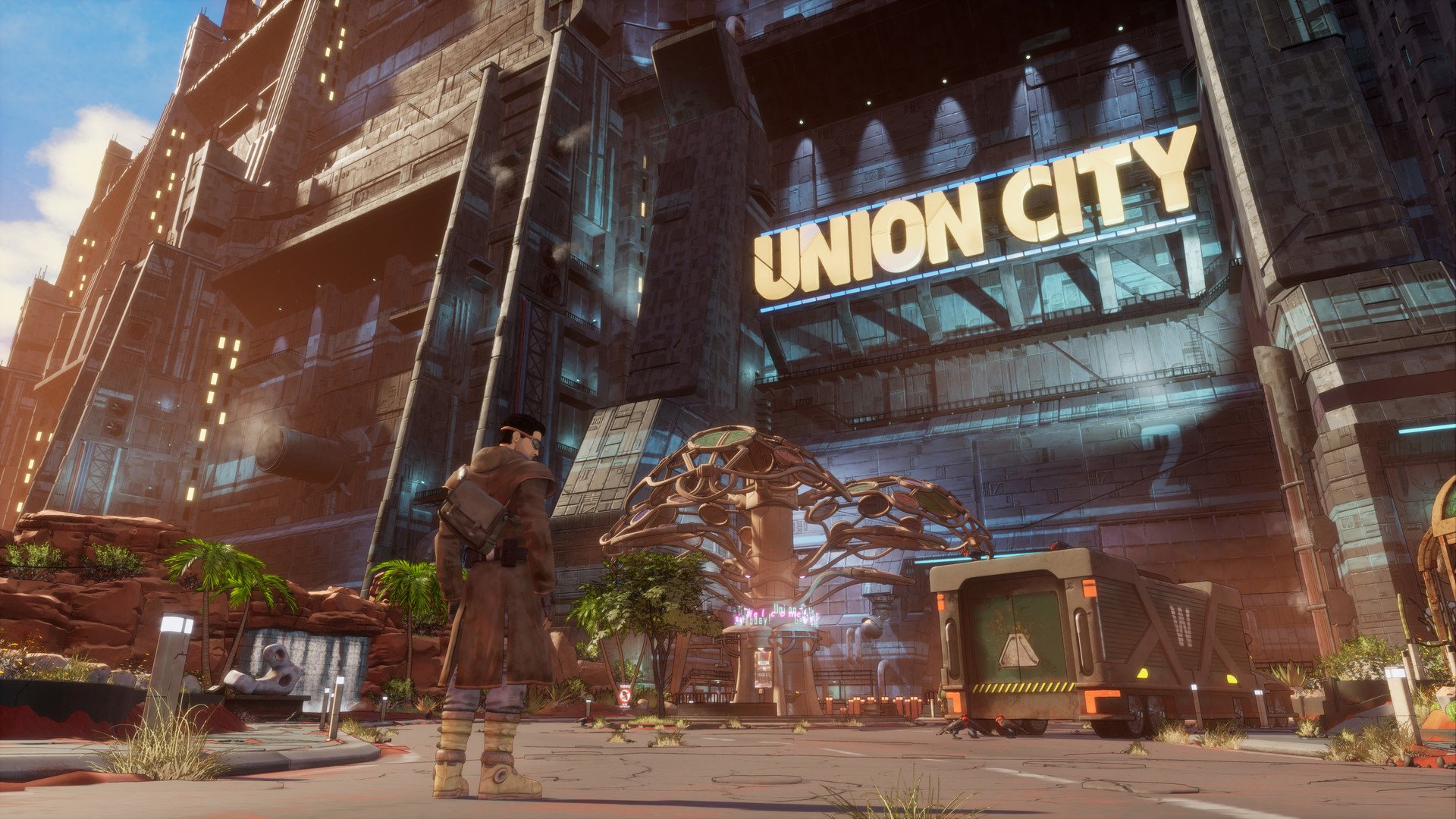 Beyond a Steel Sky looks to continue and build upon the experiences of Beneath a Steel Sky, a 1994 cyberpunk point-and-click adventure game. Shacknews recently had the pleasure of speaking with legendary video game developer Charles Cecil, and extraordinary comic artist of Watchmen fame, Dave Gibbons, about creating Beyond a Steel Sky. Please check out the video interview below!

Beyond a Steel Sky continues the story of the 1994 original, Beneath a Steel Sky

Cecil explains that the existence of Beyond a Steel Sky is attributed to the shift to digital from retail. This freedom allowed the developers at Revolution to choose exactly what they want to work on. And so a sequel to Beneath a Steel Sky was born: Beyond a Steel Sky.

The developers were careful to ensure those that hadn’t played the original weren’t left in the dark. Cecil explains that players don’t need to have played the original. To ensure that no information was lost, or background story missed, Gibbons has managed to pack a lot of story into the introductory comic. This comic contains much of the story and critical information from the original. This acts as a foundation for newcomers to the series, giving them a platform on which their experience with Beyond a Steel Sky can be built.

For fans of the original, Beyond a Steel Sky isn’t just an entirely separate entity. Cecil states that you will see what you experienced back in 1994, but from a different perspective. This small detail should allow veterans to feel at home in the world, and hopefully excited about some of the nods to the original.

Beyond a Steel Sky is set to release on Apple Arcade and PC soon, and the team at Revolution Software are currently working on console versions. You can check out the Beyond a Steel Sky Steam page for more information and take a gander at the GamerHubTV YouTube channel for more interviews involving your favorite games and developers!