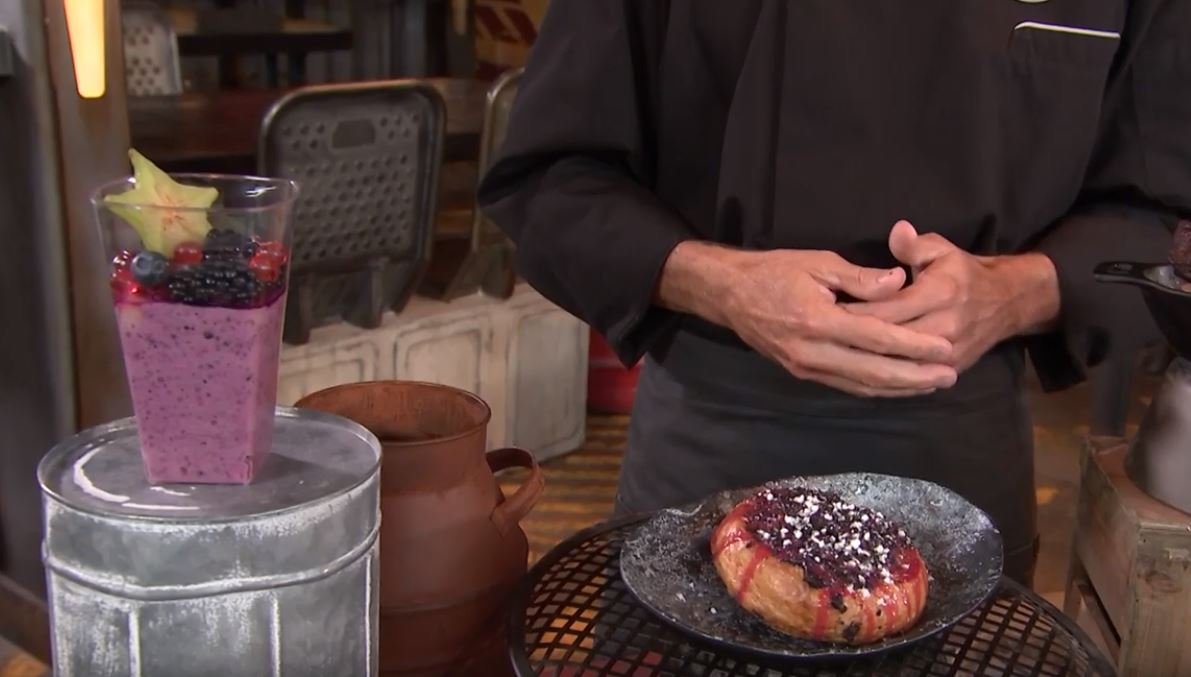 After Disney acquired the Star Wars franchise rights from George Lucas for a couple of billion dollars, it was only a matter of time before themed attractions based on the license would start popping up at Disney theme parks. Announced in 2015, Star Wars: Galaxy’s Edge is an area in both the Florida and California Disney parks that caters to the Star Wars fan. The Disneyland version of the attraction area opened to the public back in May of 2019.

One of the more popular locations in Galaxy’s Edge is Docking Bay 7, a Star Wars-themed restaurant that promises top-tier meals and drinks surrounded in the romantic ambiance of a cargo ship loading dock. In the video below, a Docking Bay 7 employee explains the setup at the restaurant as well as some of the menu options available to park attendees.

If there’s any franchise that is known for its outstanding cuisine, it would be Star Wars. In the video above, the Darth Vader waffle, alien beast meat log, and microwaved rib meatloaf all look like they jumped right off the silver screen and onto the plate. The fancy presentation of the entrees works wonders at taking your attention away from the despondent look in the eyes of the chef. Because you couldn’t hope to escape your corporate overlords across a million light-years of open space, Docking Bay 7 proudly serves Coca-Cola products to its guest in special Star Wars-themed bottles.

The official website for Docking Bay 7 proudly advertises that the restaurant also operates as a working cargo bay, so there’s always a chance that you and your family can be offered some sort of respite from this soulless endeavor when one of the 3-ton cargo crates slips from the ceiling crane and crushes you all.