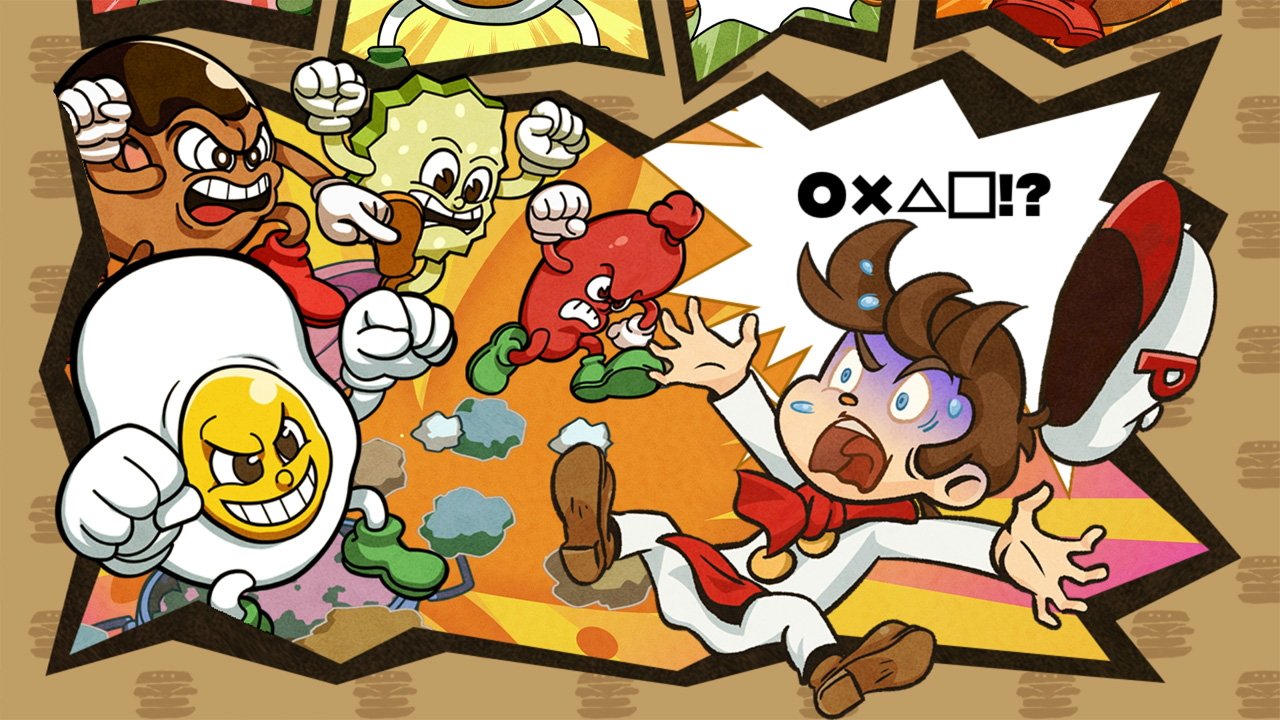 Burger Time Party! review: Back to the kitchen

Arcade games are no stranger to seeing re-releases or reimaginings and the Nintendo Switch is the king of offering rehashes, so the new release of Burger Time Party! makes a lot of sense. It brings the beloved burger-stacking action to Nintendo’s handheld, but is really thin on things to do, save for the familiar high score attack that the series has been serving for nearly forty years.

Any video game fan who has been around for a while is probably very familiar with the original Burger Time. The arcade classic tasked players with assembling burgers by stomping the ingredients down onto each other to form a finished product. Progress would often be impeded by sentient condiments Mr. Pickle, Mr. Egg, and Mr. Hot Dog. These foes could be thwarted by sending them on a ride on a falling ingredient or smashing them from above on your way to plating a finished burger.

Burger Time Party! Aims to recapture the magic of the original game while adding in a few new wrinkles to justify its existence. Mr. Donut joins the alliance of nefarious condiments and the traditional plank and ladder kitchens have been updated to include lever-controlled platforms and conveyor belts. These additional to level construction make the biggest difference in how you approach plating the burgers, but don’t materially change the feel of the game.

The same burger on a fancier bun

The reheating of the franchise is presented with a fresh coat of paint. Chef Peter Pepper and friends must have played lots of Cuphead last year, as they attempt to pull off a similar aesthetic. The colors are brighter, the animation less fluid, and the style is lacking the well-worn patina that made Studio MDHR’s game such a joy to see in motion. The look of the characters doesn’t really mesh with the generic appearance of the surrounding structures that feel like they were ripped from a random mobile game.

In fact, the whole experience feels like it was intended to be played on a tablet or mobile phone, which may not be a huge surprise as developer G-Mode is most recently known for its mobile output. Burger Time Party! offers a few modes of play, but they all feel like modifiers of the standard arcade setup rather than alternate takes on the original idea. Challenge Burger is akin to the arcade version progression where you clear level to earn a high score. Solo Burger is like a guided tour through increasingly difficult levels. Main Burger offers a welcome change by offering much larger kitchen spaces.

Hope you have friends

Main Burger allows solo play and cooperative play with up to three friends who are in the room with you. Battle Burger lets a pair of teams compete against each other, but like Main Burger, only local multiplayer is offered. A lack of online modes is a real handful of pepper to the face, as those without friends are out of luck.

The Main Burger mode seems like it would offer the most fun, but things get confusing really quickly and if you aren’t playing docked on a large display, it gets insanely hard to tell what is going on. Once the oil slicks, levers, and mad condiments are in full swing, you really have no way to know what’s going on unless you squint.

Burger Time Party! succeeds in providing Burger Time on the Nintendo Switch. Beyond that, there’s not a whole lot else going on to justify the 5-star price for the 2-star burgers it serves up. The list of things to do for solo players mostly boils down to chasing a 3-star rating on the various levels and aiming for the leaderboards (the only online functionality in the game). Burger Time Party! would be easier to recommend for fans if it were sold at a lower price, but what is on the menu here is tough to swallow. 5/10 pickle chips

The game key for this review was provided by the publisher. Burger Time Party! was made available for Nintendo Switch on October 8, 2019, for $29.99