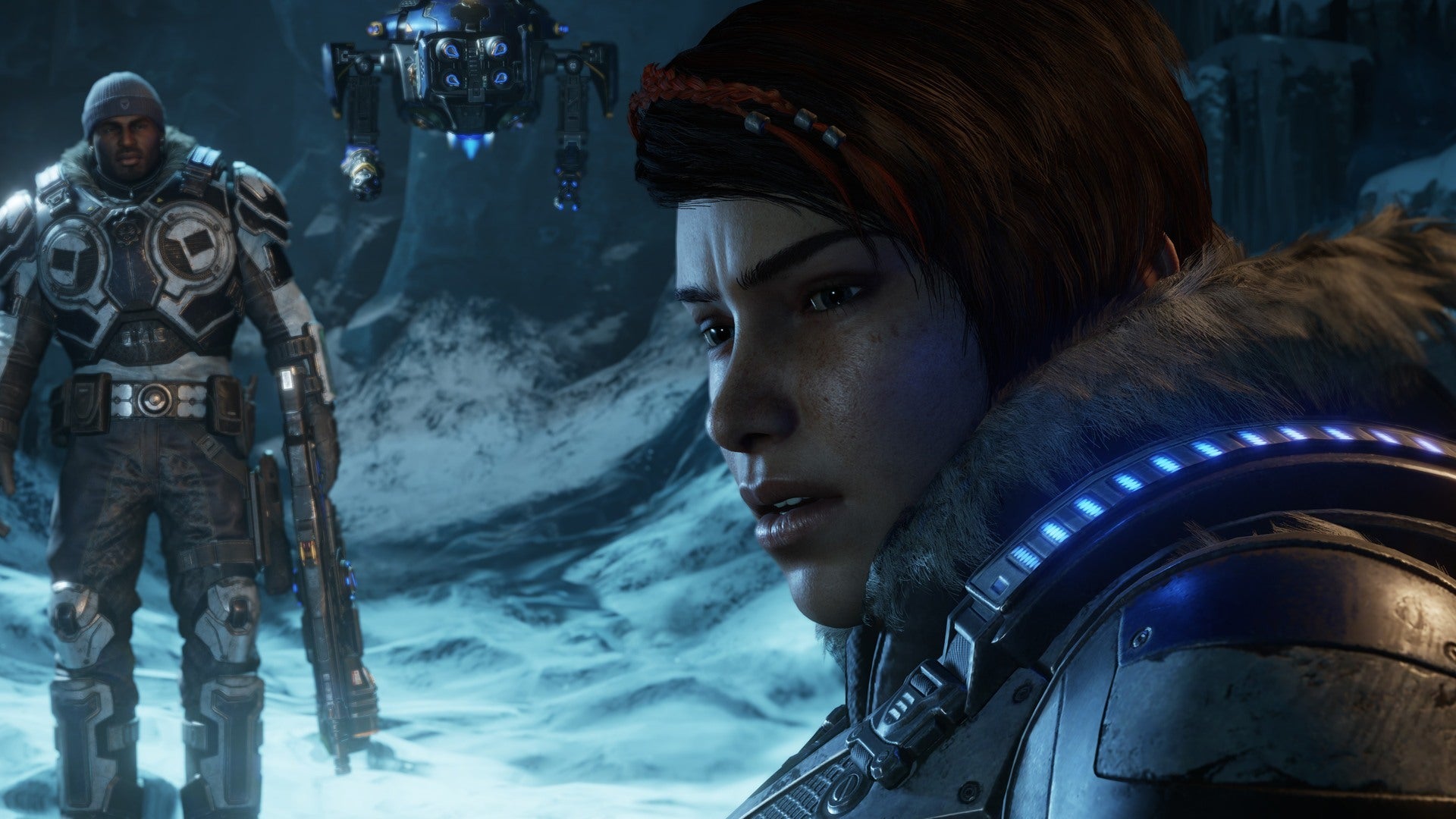 Gears 5 released earlier this year, bringing fans a brand-new chapter in the epic fight against some of humanity's toughest enemies. If you've played through the story, or if you're planning to, and you were curious to know more about the voice actors behind each role, then we can help. In this guide, we've broken down each of the voice actors and performance capture cast that we could find information on, so that you'll finally know who was voicing that one character you liked so much.

We’ve put together this list of the biggest voice actors that you’ll find in Gears 5. Before we continue, though, we do want to point out that some of the character names below could include spoilers for the game. Reader discretion is advised.

Most well known for her work on Critical Role, as well as 2013-2019’s Avengers Assemble, Laura Bailey brings the main protagonist of Gears 5 to life. This actress has also appeared as Lisa Jackson in Days Gone and has even voiced Mary Jane Watson in 2017-2019’s Spider-Man television series. For a full list of all of Laura Bailey’s credits, head over to her page on IMDB.com.

Liam McIntyre is probably best known for his work as the leading role in Starz hit television series, Spartacus: Vengeance and Spartacus: War of the Damned. This Australian actor brings fighter, J.D. Fenix to life in Gears 5, reprising his role from 2016’s Gears of War 4. He has also started in several episodes of The Flash as Weather Wizard and has previously done voice work on Star Trek Online. A full listing of his credits can be found on IMDB.

Few Gears fans will have any issue recognizing the voice of John DiMaggio, who has helped bring Marcus Fenix—the original Gears’ Trilogy’s iconic protagonist to life. But DiMaggio has plenty of other voice acting and film credits to show off his talent, including stings in Gravity Falls, Guild Wars 2: Heart of Thorns, Star Wars: The Old Republic - Knights of the Fallen Empire, and more. Check out the full list of all DiMaggio’s credits at IMDB.

Fans of the Bones series will be happy to learn that the actor behind Fox series’ Dr. Clark Edison makes an appearance in Gears 5 as Del Walker, one of the four main characters that appeared in Gears of War 4. Reprising his role, Byrd does a fantastic job supporting Bailey and others as Kat Diaz’s story unfolds in Gears 5. You can, of course, see the full look at Byrd’s credits on IMDB.

Any iZombie fans out there? Series newcomer, Fahz Chutani is a brand-new character that players will come across in Gears 5. Chutani is voiced by Rahul Kohli, who many may recognize as Ravi Chakrabarti from the iZombie television series. Kohli also has voice credits in Red vs. Blue and Rage 2 and has appeared in the hit CW show Supergirl. For a full record of his acting credits, check out his page on IMDB.

There’s no way we could forget Linda Hamilton on this list. Thanks to a fun little crossover between Gears 5 and the new Terminator movie, Linda Hamilton has taken up the mantle of Sarah Connor in Gears 5. Hamilton is no stranger to the spotlight, though, having appeared in shows like Chuck, Defiance, and Lost Girl. Check out her IMDB page for a full listing of all Hamilton’s film and voice acting credits.

When it comes to bringing video game characters to life, oftentimes the creators of the game rely on professional stunt actors and motion capture experts to bring the characters to life. Unfortunately, we weren't able to find much information about the motion capture team working on Gears 5, so this portion of the article is a bit sparse. However, we did want to make special note of those we were able to find.

While John DiMaggio will forever always be the voice behind Gears of Wars’ Marcus Fenix, Paul Lazenby helped bring the character to life during motion capture in Gears 5, as well as Gears of War 4, and Gears of War Ultimate Edition. Lazenby, who is an established stunt double has helped work on shows like DC’s Legends of Tomorrow, Arrow, and even acted a stunt performer in Deadpool 2. You can see the full list of Lazenby’s credits on IMDB.

Though her list of credits isn’t nearly as long as some of the other crew we’ve covered in this list, Katrina Durden still has her part to play. Acting as the motion capture actor for Lahni Kaliso in Gears 5, Durden has also appeared as an actress in shows like Sliced, Street Fight: Resurrection, and even appeared briefly in Doctor Strange back in 2016. Check out the list of all her credits on IMDB.

Now that you know the main cast and crew of Gears 5, you won’t have to worry about not knowing who voices your favorite character. For more help, make sure you check out our Gears 5 page.