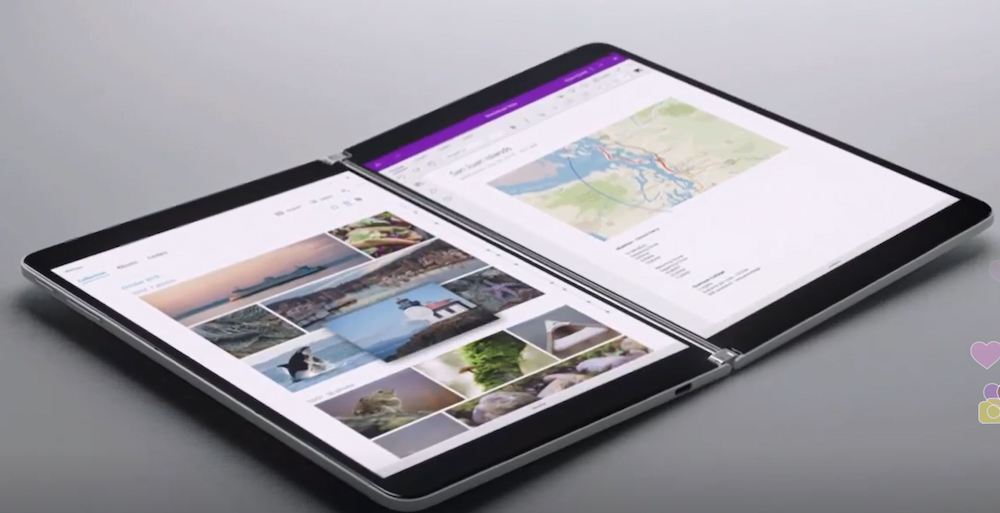 Microsoft was full of surprises during its event on Wednesday, announcing both the Surface Duo foldable smartphone and the dual-screen Surface Neo tablet, which is currently targeting a holiday release in 2020.

During Microsoft's fall hardware keynote, the company unveiled its Surface Neo in addition to the Surface Duo, which runs a new version of Windows called Windows 10X. The team showed a prototype onstage, but it certainly looked promising, as Microsoft's Panos Panay asked “How do we show you our products before they’re finished?" during the presentation.

The folding device features two screens instead of a single folding screen, with a device between them that separates each screen. So while the Surface Duo is truly foldable, it looks like the Neo will behave a bit differently, with multitasking certainly an option.

Each screen will be nine inches diagonally with 5.6mm thick sides at a 655 gram weight. It will utilize Gorilla Glass to create the "thinnest LCD ever created." Certainly impressive specs, for sure, though this isn't a large device by any means, so if you like your devices small and foldable, this may be something you want to pick up.

It looks like a small notebook with an Intel chip, a "hybrid processor" that uses an 11th Gen graphics engine for both screens. It will use the new Surface Pen and a special magnetic keyboard, which is an interesting addition.

If you've been on the fence about Surface products but were considering trying one in the near future, these new additions to the line may very well be what you've been waiting for. We'll keep you updated with additional details as they come down the pipeline in the near future. In the meantime, be sure to keep it locked to Shacknews.