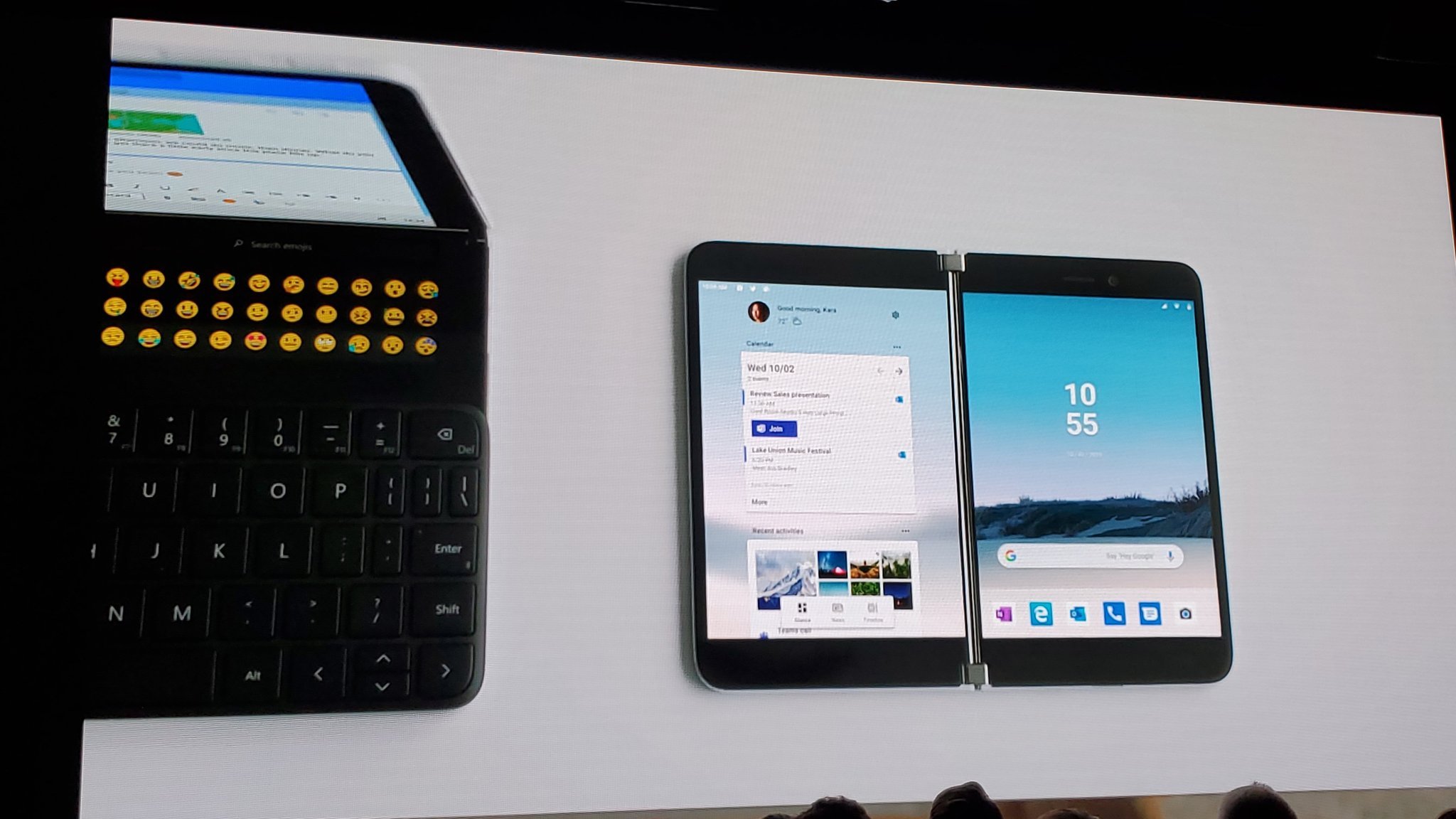 During today's Microsoft event, the Windows giant took things in a new direction, not only announcing that it was getting back into the smartphone business, but that the company would be partnering up with Google to do so. Thus we were introduced to the Surface Duo, a brand-new folding smartphone powered by "the best of Microsoft and Android".

Not many details were shared about the device, aside from a holiday 2020 release date, but it does look like it will feature support for a stylus (something we've seen on the Surface family for a while). The Surface Duo will also be joined by a larger dual-screen device, called the Surface Neo, when the holiday season rolls around next year.

Aside from that, Microsoft has been pretty quiet about exactly what the Surface Duo is exactly. The most surprising turn of events, though, isn't that Microsoft has decided to get back into the phone business, it's the fact that the company has abandoned it's mobile version of Windows OS in favor of one that is far more widely received and loved by the tech community. By teaming up with Google and making use of Android OS, Microsoft is at least setting itself up for a bit of a win here, even if the future of foldable smartphones is still a bit shaky. This new collaboration of Windows and Android is something that Microsoft has dubbed "WindowX", and no explicit details are known about it just yet.

For those who haven't kept up with the strange obsession with folding smartphones, Samsung unveiled the Galaxy Fold earlier in the year, but it was a bit of a  failure at first, as the initial batch of devices had several problems that quickly led to users having their devices recalled so that Samsung could work out some of the kinks. It recently relaunched with a much brighter future, but we still have to wonder, who exactly asked for a smartphone that folds up?