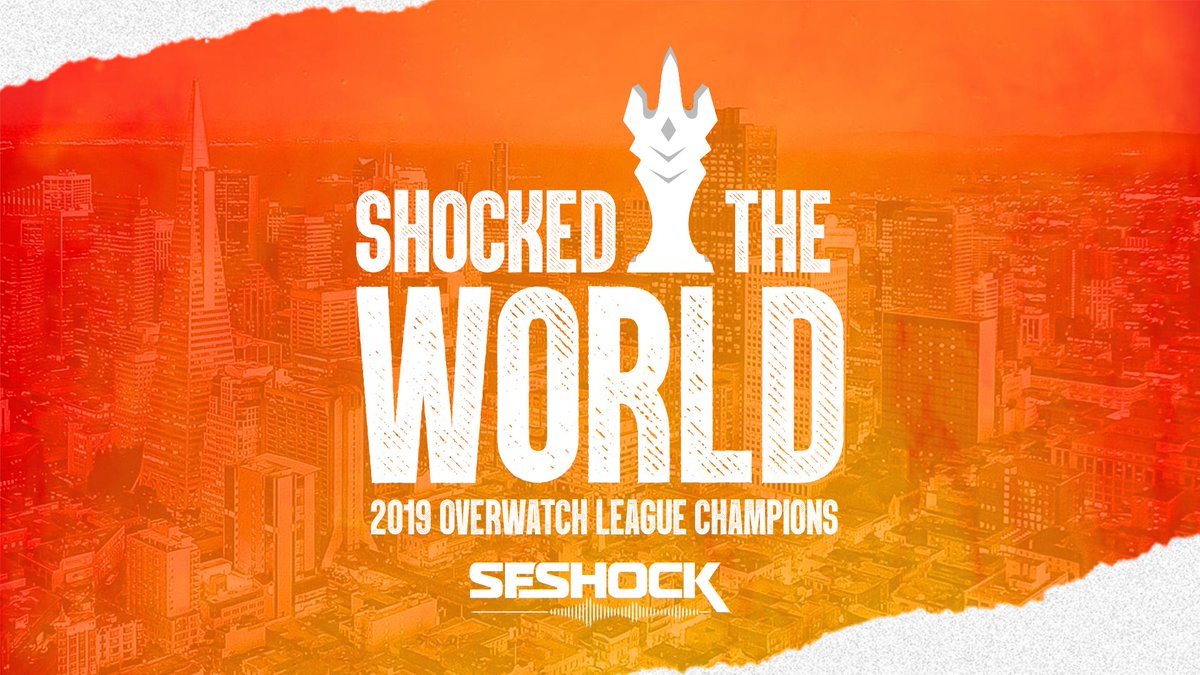 Blizzard Entertainment and the Overwatch League entered the city of Philadelphia amidst much fanfare, with the second season of their professional Overwatch circuit about to come to a close. However, the Overwatch League Grand Finals ended almost as quickly as they began. There was absolutely no stopping the San Francisco Shock, who demolished the Vancouver Titans 4-0 to emphatically carve their names as the Overwatch League Season 2 champions.

In front of a capacity crowd, the Shock and the Titans did battle on Gibraltar. The Shock steamrolled through the Titans defense to capture all three checkpoints with 1:52 to spare. The Titans looked to rebound, but couldn't fight through the final point. And while the team's best player and the Overwatch League MVP to this point had been Jay "Sinatraa" Won, it was his backup, Minho "Architect" Park, who may have clinched the Shock's victory, stonewalling the Titans with Bastion in the game's final moments.

While the Vancouver Titans (25-3) entered the playoffs with the Overwatch League's best regular season record, the Shock (23-5) proved to be the league's hottest team. With Sunday's win, the Shock are now on a 16 map win streak, not having dropped a map since a first-round loss to Atlanta. The Shock set the tone early on Sunday, taking the first map on Lijiang Tower behind the outstanding play of Sinatraa's Doomfist and Hyobin "Choihyobin" Choi's Sigma. For the Titans, it marked their first Control map loss in the playoffs.

For their victory, the San Francisco Shock take home $1.1 million. The runner-up Vancouver Titans walk away with $600,000.