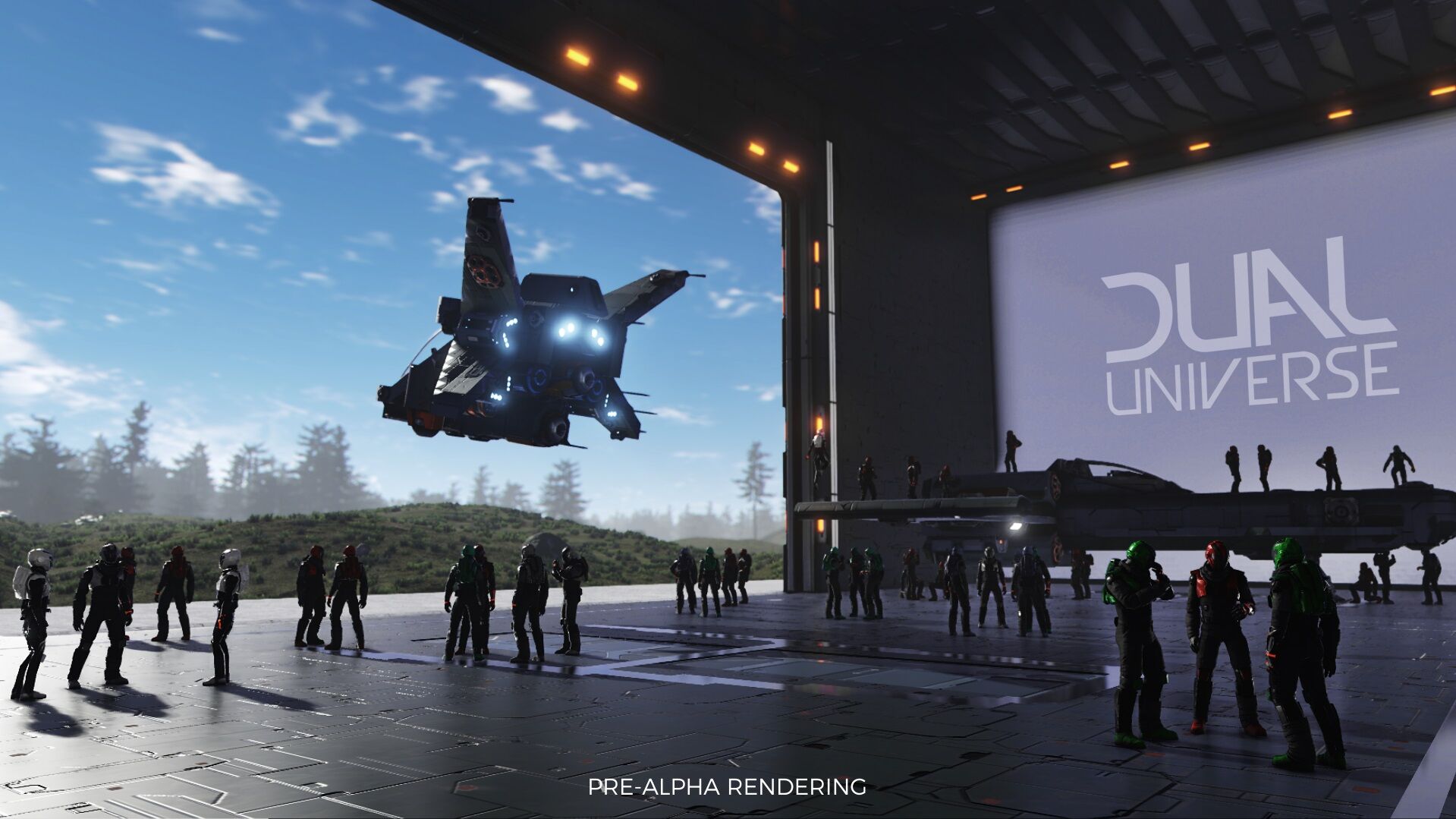 The galaxy is your canvas in Dual Universe

As technology advances, progression in computing power and our understanding of software continue to unlock new possibilities. Often, video games find themselves resting on the bleeding edge of such progress. Over the last twenty years, many games have touted nearly endless possibility, though most never come close. French developers NovaQuark are hard at work building an all-new game that they classify as a civilization-building MMO. Known as Dual Universe, the game holds mountains of promise.

Looking up at the stars

Dual Universe aims to offer players the freedom to build in a way that is similar to Minecraft while providing a backbone of systems that could allow it to facilitate the emergent gameplay of something like EVE Online. The game is ultimately a canvas for its community to build out into something more. I got the opportunity to experience a guided demo hosted by NovaQuark to see what Dual Universe was all about.

The experience starts at the ground level, where players can terraform the terrain similar to the way it is handled in Minecraft, but without the rigid block system. Curves and angles are things that exist in the sandbox of Dual Universe, potentially allowing for much more complex structures. Players can dig right on towards the core of the planets, with the terrain opening up, much as we saw in Astroneer earlier this year. The interior of the planets will contain valuable resources that are the building blocks of surface and galactic construction projects. I was shown scanners that would aid players in locating these resources, as well as the process of harvesting and how different types of equipment will affect the speed at which these materials are acquired.

On the surface, the demo showed off a vehicle that traveled to a collection of structures that had been built by participants in the game’s alpha. It resembled a smaller-scale model of a futuristic city and the buildings were not just for show but had explorable detailed interiors. Creative types are likely to have a field day with the possibilities on offer with the building tools provided. Vehicles are also another way for player creativity to determine how Dual Universe looks and operates. I was shown several models of light spacecraft that were built in-game by alpha players, each with its own unique look and interiors.

Unlike similar games seen in the past, the possibilities for construction are expanded thanks to Dual Universe’s voxel-based construction. Terrain displacement, vehicle crafting, and the erection of structures are handled by the game’s custom voxel engine. Curves, sharp angles, and other shapes are all possible thanks to this new implementation of the technology. The development team says that this system will allow potentially hundreds of thousands of players to modify a planet at the same time. Players can buy and sell materials at in-game markets, with the economy being driven by the player base. I can feel the tingling from my friends who play EVE Online already.

The team is working towards more than a construction sandbox, though. During the demo, I saw a custom-made factory building that was used to automate materials handling and production. Using a system that works a bit like the redstone circuits in Minecraft, players will be able to automate menial tasks or potentially build smart vehicles and structures. It feels like sprinkling in a bit of Factorio into the game world. I was also shown an in-game display device that players can use for digital signage and a whole lot more. I was told that the displays, along with other systems in the game, could be used with LUA scripting to offer image display, rudimentary games, and potentially, a whole lot more.

The guided demo moved on to a medium-sized spacecraft that had a fully-explorable interior and lifted off the surface towards an orbiting space station that could barely be seen from the ground. Without any loading screens or hesitation, the craft traveled directly to the orbiting structure and was able to dock. The team used their editor tools to begin moving the camera away from the orbiting station at incredibly high speed until the planet began to shrink. As big and detailed as the on-ground experience was in the first ¾ of the demo were, it was just a small speck of the galaxy available to players.

I expressed my concerns to the developers about what I was seeing from the demo, specifically in regards to maintaining playable frame rates and low latency between players. In a game where you can do just about anything, it is still limited by what the backend hardware that powers the servers is capable of handling. The team developed a level-of-detail system that only calculates the granular detail of the voxel manipulation when a client is close enough to see or for the changes to matter. If someone blew a chunk of an orbiting moon up, a player on the ground of the planet it orbits may only see a darkened area when glancing at the sky. Should that player travel to the moon’s surface, then the server would offer up the maximum detail version of the destruction.