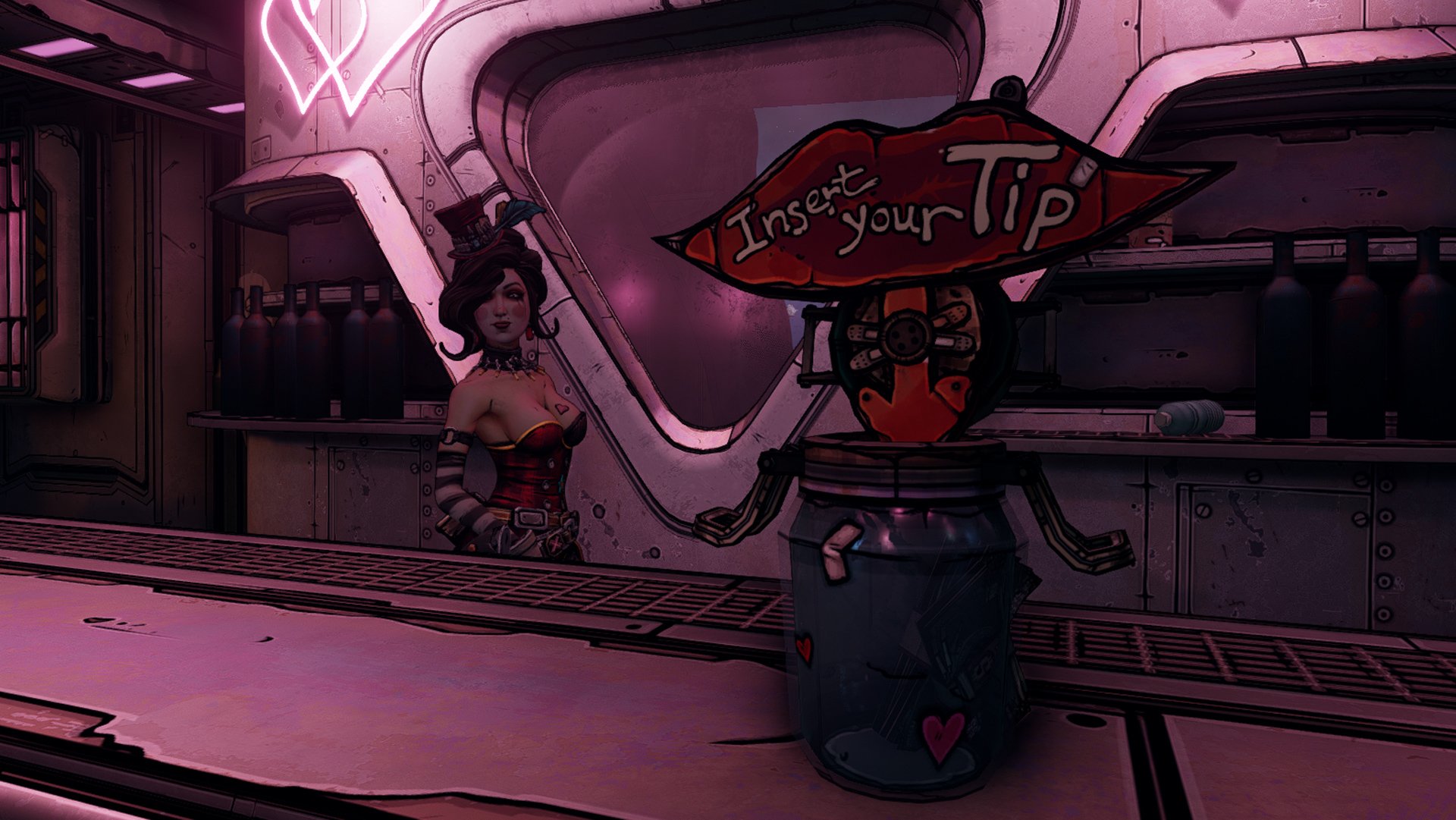 Moxxi’s Tip Jar is a long-running gag that has found its way into Borderlands 3. This jar sits on the counter in Moxxi’s bar, and has a lovely sign asking for players to insert their tip. Anyone who’s played the previous title will no doubt want to know whether there’s a secret reward for inserting a large tip into Moxxi’s new jar. Spoiler alert: tipping Moxxi is just as rewarding as it sounds.

Yes, there is a reward for inserting a big enough tip into Moxxi’s tip jar. The exact amount of money you must tip is $30,000, so you will need to save up. For tips on growing your piggybank, check out our guide on how to make money quickly.

Credit to Reddit user rey1119 for the above image.

While the amount you must tip Moxxi is $30,000, there are reports you must use the $1,000 option. This was first noted by Reddit user xXDJPON3XxXx. This is of little significance and in fact the easiest option. Using the $1,000 tip, it only takes 30 tips before you can claim this weapon as your own.

The weapon is called Deft Hail, an assault rifle from Dahl that can switch between fully automatic and a 3-shot burst. While I’m not sure if it is level-locked, it's better to be safe than sorry. I would recommend holding off on claiming this gun until your leveling starts to slow down, that way it’s not quickly eclipsed in power by random drops.

A few players have noted that they’ve received the gun at various tip amounts. Some Reddit users suggest$25,000 is enough while another mentions $50,000. It’s also worth noting that you may even receive a weapon trinket along the way.

Moxxi’s tip jar in Borderlands 3 is a wonderful tongue-in-cheek gag that also serves a purpose. By tipping Moxxi a large enough sum, players can unlock a neat weapon – though whether you want to hold out until a higher level is entirely person preference. Be sure to check out the Shacknews Borderlands 3 guide and FAQ for even more content as we dive deeper into Gearbox’s latest masterpiece.