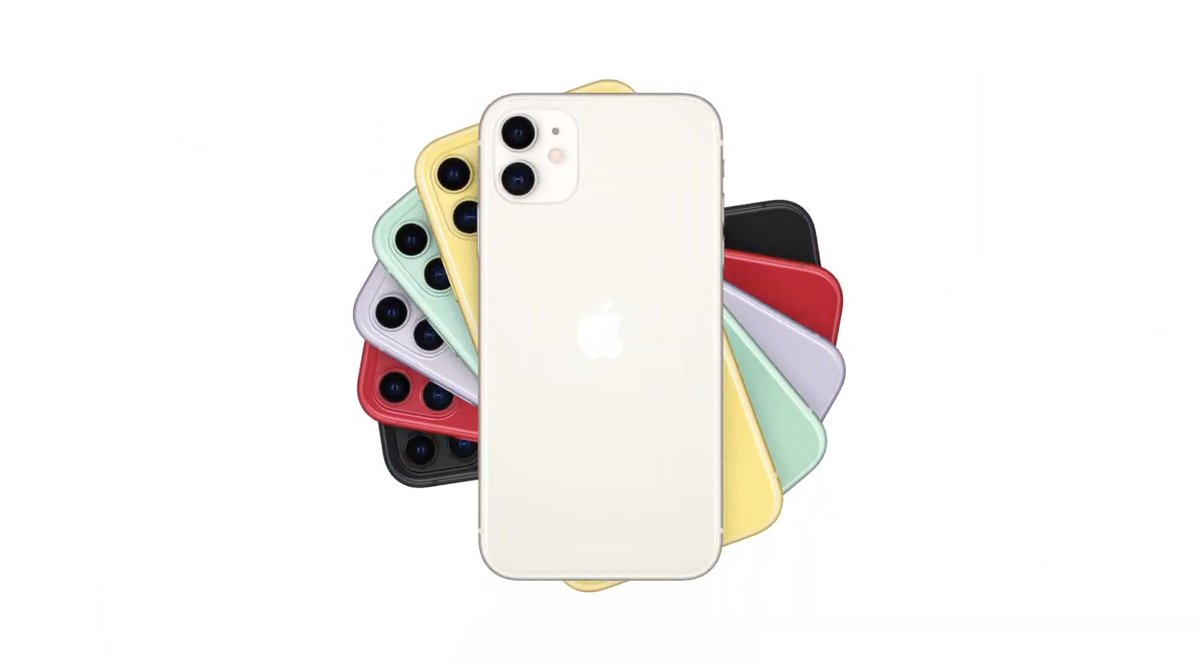 Tuesday's Apple Event continued with what's next for the ever-popular Apple iPhone. Fresh off last year's line of iPhone XR, Tim Cook revealed the newest model of iPhone, the iPhone 11, which will act as the new successor to the traditional iPhone.

The iPhone 11 will feature a 6.1-inch Retina Display and feature a new dual-camera design, featuring an ultra-wide camera. Users can pick up the phone in six different colors: purple, white, green, yellow, black, and red. They'll find it in an all-new aluminum finish, made from recycled materials.

With the camera being one of the big draws for this new iPhone, this led to the reveal of the new QuickTake feature. This will make video recording a more intuitive process, making it easier to hold down the camera shutter button for longer videos. Users will get several different video options, including 4K quality at 60 fps. Night mode will also be made available for brighter photos and friendlier photo-taking conditions. This is all in addition to the 12-megapixel front-facing camera.

Those looking for a substantial design change may be in for a disappointment. The iPhone 11 looks similar in design to last year's iPhone XR. However, they may be more pleased with the phone's performance as a whole. Apple it touting a new A13 Bionic chip, which it claims is the fastest processor ever for a mobile phone. This will help create faster responses for features like Face ID.

Apple also continues to up the ante on battery power. While the iPhone XR featured a lengthier battery life, the iPhone 11 will go a step farther, offering an extra hour of battery power compared to last year's model. Just remember that you may have to take a few extra steps to check your battery percentage.

Don't look for iPhone 11 to particularly break the bank. Apple will introduce the new hotness at a $699 starting price point, which falls at $50 below the starting price of the iPhone XR.