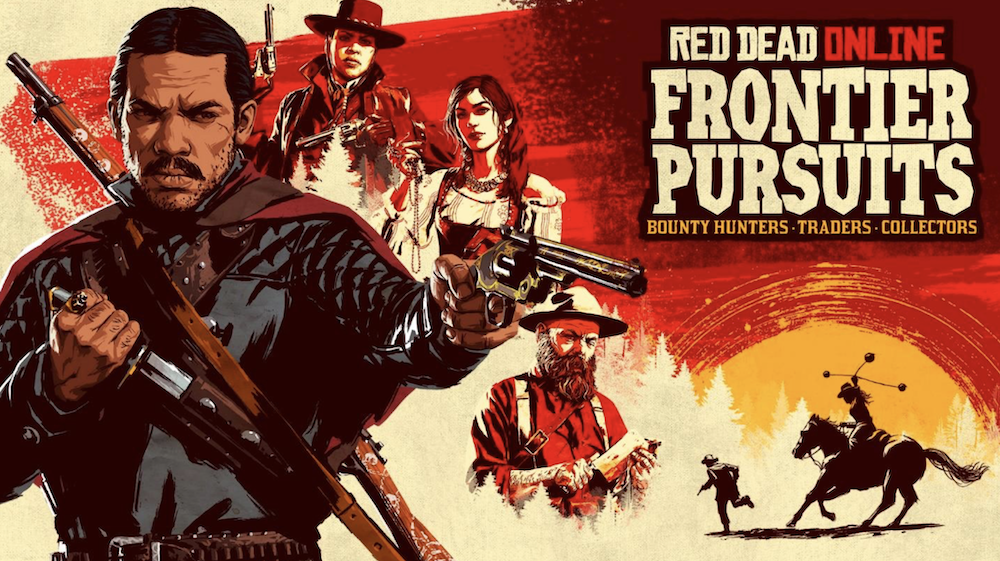 Ready to jump into Red Dead Online with a ton of new content? The latest free update, Frontier Pursuits, is available today as a free update for anyone who owns a copy of Red Dead Redemption 2.

Frontier Pursuits are a new "transformational addition" to Red Dead Online that offer various specialties roles for players to take on and complete a variety of themed activities with. This leads to players unlocking new items and abilities throughout the course of the game, and multiple Roles can be taken on.

You can get started with the Bounty Hunter role, who can pick up work from bounty boards, or the Trader, both of which have special paths you can take to earn XP, items, and other abilities. You can earn experience, rank up, unlock new items and skills, and enhance your performance across the game world while performing these roles. You can see some of it in action in the trailer below.

When you rank up, you'll get Role Tokens for new skills, upgrades to how much your satchel can carry, or additional items you can use during regular play. There's a wide variety of items you can buy as well, which are unique to each role and can be purchased with Role Tokens. It's up to you how you ultimately advance your characters throughout Frontier Pursuits.

Each role has its own set of requirements, such as the Bounty Hunter needing a Bounty Hunter License, which players can acquire for free as Twitch Prime Members. Traders will need to head to their local Post Office to speak to Cripps about setting up a business partnership with the Cripps Trading Company and must invest in a Butcher's Table. Collectors need to visit the traveling saleswoman Madam Nazar to purchase the Collector's Bag, or get it for free by collecting all 54 hidden collectible Red Dead Redemption 2 playing cards in GTA Online.

If you're ready to jump right in, you can do so as of today. Be sure to let us know which Role you've chosen (or if you want to dabble) in the comments below! All you need is a copy of Red Dead Redemption 2 to get started.