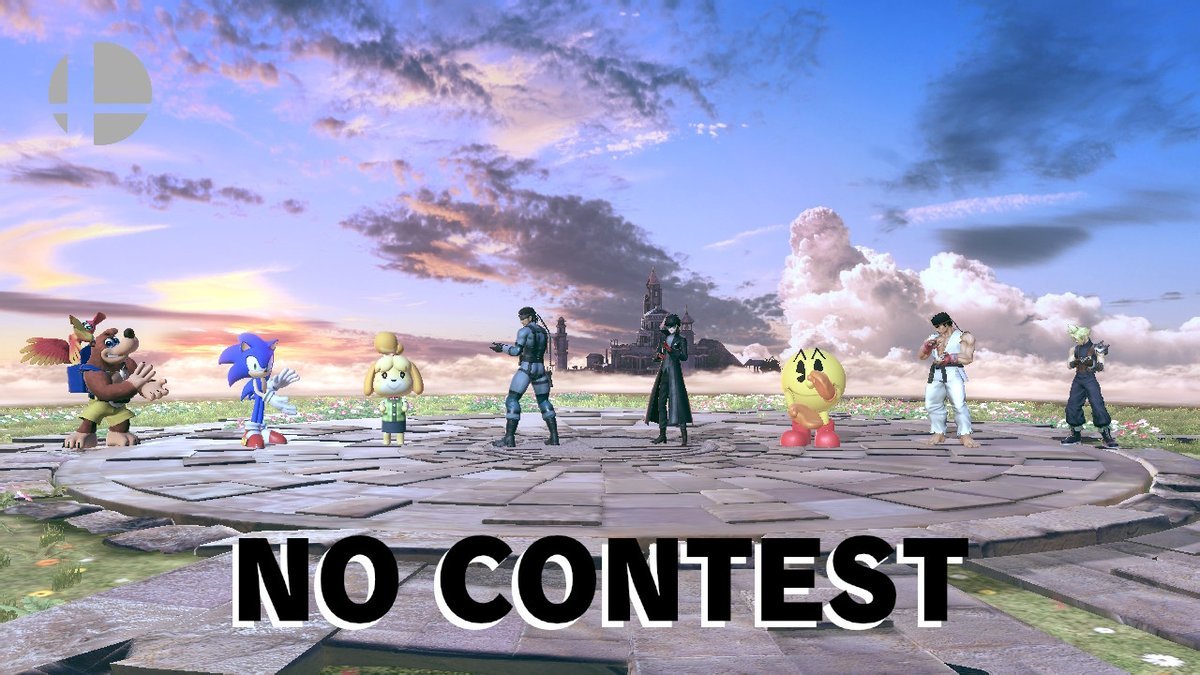 We will never see a crossover like Super Smash Bros. Ultimate again

Wednesday's Nintendo Direct proved to be an exciting one for the Super Smash Bros. fan base. Not only did Banjo & Kazooie release for Super Smash Bros. Ultimate that very day, but Nintendo revealed more ambitious plans for the game's post-release schedule. Fatal Fury's Terry Bogard was unveiled as the next member of the DLC roster, which was shortly followed by the announcement of a second batch of DLC fighters. Wednesday proved to be an epiphany moments, one that many knew in the back of their minds, but haven't said out loud enough. Super Smash Bros. Ultimate is the greatest video game crossover of its time and it's a crossover that gaming will never see again.

"To me, it feels like the finish line is sliding farther away," Sakurai said during Wednesday's post-Direct edition of Mr. Sakurai Presents. "You may wonder, 'How much longer can be involved with Super Smash Bros. Ultimate?' But I'm also excited. Adding more characters into the game means that more game worlds will be addede to the series and ultimately, that means that there will be an even greater opportunity to delight the fans. At the same time, I feel that Super Smash Bros. Ultimate is now representing so many characters in game worlds, that it's become an enormous game. Even if the Super Smash Bros. series continues moving forward, I doubt there will ever be an opportunity to bring this many characters together again."

It's that last part of Sakurai's statement that feels the most impactful. To understand the gravity of what it means, it's time to look at the Smash Bros. Ultimate roster and see just how many characters have found their way in. Even if it was just restricted to Nintendo's first-party characters, it's one of the most ambitious crossovers of its kind, bringing together Mario, Link, Samus, and Pikachu, just to name a few characters. The series introduced North America to Fire Emblem for the first time. It gave a greater platform to overlooked characters and franchises, like Shulk and the Xenoblade Chronicles series. But Ultimate upped the ante in ways we may never see again.

The third-party star power is mind-blowing. Ultimate has not only assembled third-party characters from throughout Nintendo's storied history, but it's also wrangled in characters many would have deemed unthinkable. Look at Cloud from Final Fantasy VII, a game that for many years only graced a PlayStation console. Look at Joker, the star of a PlayStation 4 exclusive hit, whose inclusion stunned attendees at the Game Awards last year. Heck, look at Banjo & Kazooie, whose rights not only belong to a rival platform, but whose inclusion also have said rival platform actively excited for their arrival. If a picture can speak a thousand words, imagine the Dostoevsky-length novels that these images spout out.

Look at this image

Think about this image

This is a real video game that you can play pic.twitter.com/0JavEe9kPI

how the hell is this a real game pic.twitter.com/oMafVNgAX5

For as much effort as Sakurai and Nintendo have put into assembling this all-star roster, it's paid dividends. It's set sales records, not only blowing its Wii U predecessor out of the water, but also breaking its own record as the top-selling fighting game of all-time, besting the Wii's Super Smash Bros. Brawl. But what happens when this much money is involved? Inevitably, more people are going to want a piece of the pie.

Imagine how much tougher negotiations get from here, in regards to the third-party roster and their Smash Bros. future. Given Ultimate's success, the inevitable next entry to the franchise (whether it come three years, five years, or even ten years from now) will have the highest of expectations attached to it. And if third-party rights holders are expecting a Smash Bros. game to make a certain amount of money, it stands to reason that they may up their price for the use of their characters.

The closest comparison would be the ongoing game of chicken between Disney and Sony over the film rights to Spider-Man. Yes, Disney and Marvel are making money hand-over-fist on these movies like nothing that has ever been seen before. But with the increase in revenue comes the desire to be proportionately compensated. With Sony seeing how much money was coming in, they inevitably wanted a bigger share, which has led to a standoff that continues as of this article's post.

Now imagine Nintendo wanting to move forward with a new Smash Bros. sometime in the distant future. Perhaps Konami will see how much money it could bring in, so it increases the price tag for Snake and the Belmonts. Square Enix could ask for a little more for Cloud. Imagine Capcom asking for more for Mega Man and Ryu, using both characters massive popularity as leverage. And if the next-generation Xbox helps Microsoft climb back to the console gaming mountain, do you think they'll be so willing to lend out characters like Banjo again? Not to mention, I'm not even talking about the fighters who are still yet to come. And I can guarantee, we haven't see the craziest surprise character yet. That's still coming! There are a lot of cooks in the kitchen and when the restaurant is making this much money, the cost and demand for ingredients is inevitably going to spike.

A lot can and probably will change in the next decade. Bringing together this many popular characters is a magic trick that Sakurai, in all likelihood, will not be able to pull off again. He, himself, seems well aware of this and acknowledged it during Wednesday's presentation.

So as you pick up Banjo, Snake, Sonic the Hedgehog, Pac-Man, Ryu, Joker, Cloud, Bayonetta, Simon Belmont, or a Mii Fighter dressed up like Sans from Undertale, take a moment to reflect on what's in front of you. Take a good look at what you're seeing, as a Shovel Knight assist trophy buries your fighter or an Akira assist trophy punches you into next week. You're not going to see this again. You're not going to see Mario and Link trade blows with this many third-party characters. Look at how many things had to go right just to make this game happen. Going back to the Marvel comparison, they can keep pumping out movies, but you're never going to see anything like Avengers: Endgame again. That was a once-in-a-lifetime movie crossover and Super Smash Bros. Ultimate is a once-in-a-lifetime video game crossover.

Nintendo has never done like Marvel and claimed that Super Smash Bros. Ultimate is the most ambitious crossover ever created. But the more time passes, the more it becomes apparent that it is.