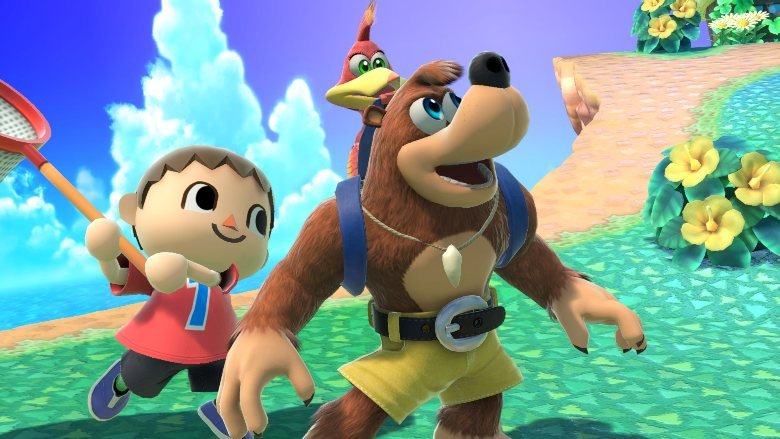 Your best bear and bird friends are back at it again with their debut in Super Smash Bros. Ultimate. During today's Nintendo Direct, Nintendo revealed that the pair will be coming to the game today. That's right, today! You don't have to wait another month or anything. How's that for exciting?

The pair makes the third entry of the Challenger Pack, a DLC bundle that comes with the fighters as well as a new stage and additional music. The stage is based on Spiral Mountain, the setting the original Banjo-Kazooie took place in, while the DLC will also include remixed tracks from composer Grant Kirkhope.

If you already own the Smash Ultimate $24.99 Fighters Pass, it comes with all five Challenger Packs, and you won't have to pay any extra. But you won't want to miss out on nabbing Banjo – we hear he's a squirrelly one, at least as far as what we can tell from Sakurai himself, who can walk you through using the new character.

Our own Ozzie Mejia took the time to detail some of his moves for the curious:

With all this new info, you're ready to head out and get your Banjo on! Have you found a new main? Let us know in the comments below!