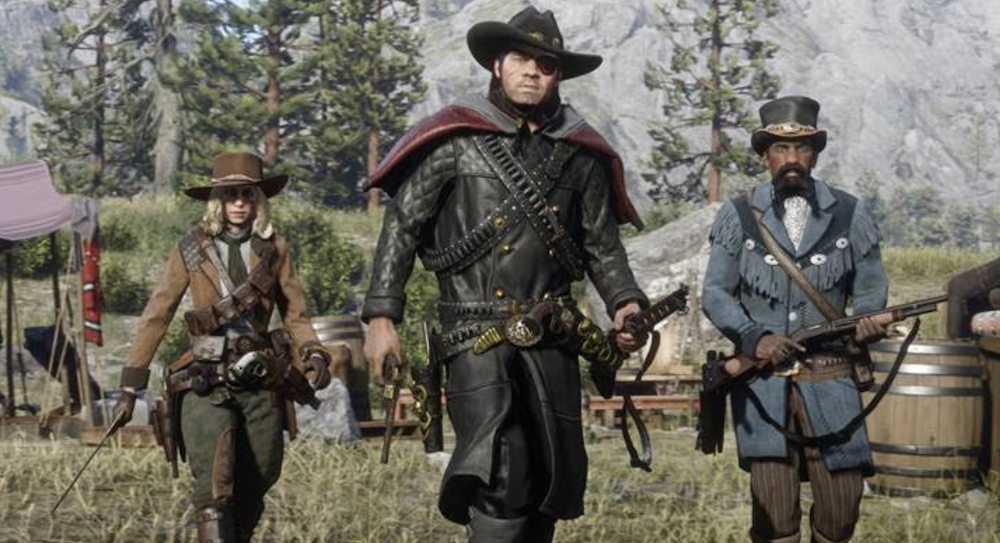 The arrival of the next Red Dead Online update is happening next week, and it will be bringing three new Frontier Pursuits with it when it debuts.

Frontier Pursuits are an ongoing new series of Roles for players in Red Dead Redemption 2 to take on. Roles will offer various themed activities that can reward players with new items, skills, and other goodies for progressing through the game. The first three new Roles also bring player control improvements, the ability to change up how your character looks without resetting progress, better damage resistance, and a swath of new other happenings across different parts of the game.

Each Role will give you new activities to pursue such as earning Role XP from finding collectibles, hunting bounties, and more. You can progress through 20 Role Ranks, with a new distinction every 5 ranks: Novice, Promising, Established, and Distinguished.

When you rank up, you'll get Role Tokens for new skills, upgrades to how much your satchel can carry, or additional items you can use during regular play. There's a wide variety of items you can buy as well, which are unique to each role and can be purchased with Role Tokens.

You can get started with the Bounty Hunter role, who can pick up work from bounty boards, or the Trader, both of which have special paths you can take to earn XP, items, and other abilities. Aside from the new Specialist Roles the update will contain, there will also be a series of new Role Free Roam Events, more Stable slots, improved jewelry selling prices, and additional custom outfit slots as well.

Will you be checking out all the changes that come with the update? Let us know in the comments below if you're thinking about getting rowdy in some Red Dead Online.