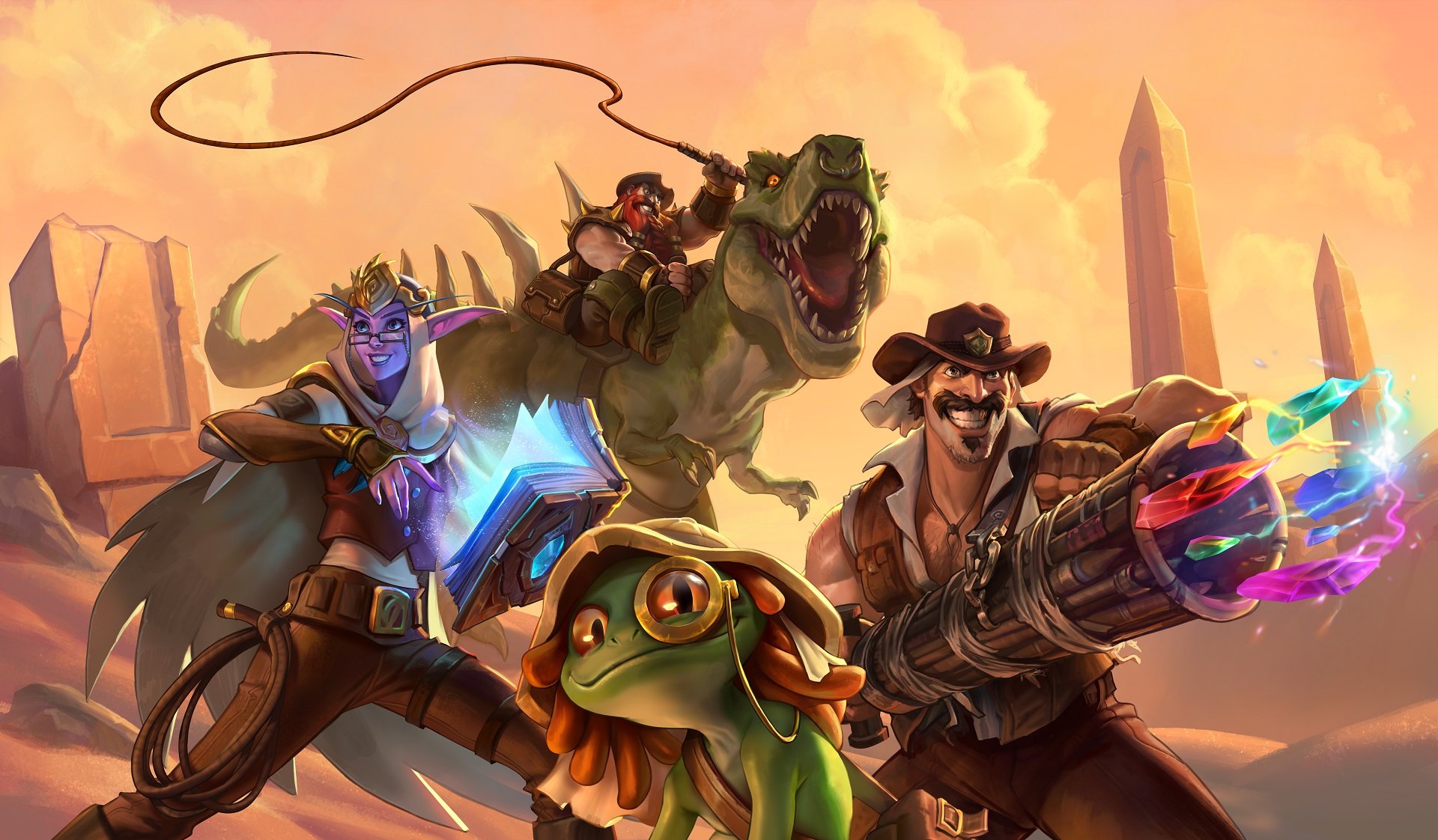 Hearthstone explores the Tombs of Terror adventure in two weeks

It's been about a month since Blizzard released Hearthstone's latest expansion, Saviors of Uldum. While the ranked meta has settled in, there's still another aspect to the expansion's deployment that remains. There's still the matter of the expansion's single-player adventure. On Tuesday, Blizzard revealed that element in full detail, formally announcing the Tombs of Terror.

Tombs of Terror takes place immediately after the events of The Dalaran Heist. Recall that this adventure ended with Dr. Boom strapping rockets to the floating city of Dalaran and sending it off into parts unknown at blinding speed. The city has ended up near the deserts of Uldum, which segues into the next part of the League of E.V.I.L.'s plans.

But for this adventure, a hardened team of heroes stands opposed to the evildoers. The League of Explorers have returned and all four of them will be playable over the course of the adventure. Each of them will act as dual-class heroes, representing eight of the nine Hearthstone classes. (The Warlock sits this one out, as this class is normally represented by League of E.V.I.L. leader Rafaam.) Depending on the character selected, players will get access to class cards from both of their represented classes. Let's look at the League of Explorers roster:

The League will gradually improve their abilities by discovering a slew of signature treasures over the course of their adventure. Many of these treasures will be tied to the overarching lore from the ongoing year-long storyline for the Year of the Dragon. Players will be opposed by the four Plague Lords, battles with multiple phases. These boss battles are so massive that it'll prove almost impossible to defeat them in a single run, which is why their health totals will persist across multiple runs.

Like The Dalaran Heist, this solo adventure will be offered at a premium. Everyone will receive Reno's chapter, The Lost City of the Tol'vir, for free. The other four chapters can be unlocked for $14.99. If you prefer to use in-game currency, each chapter can unlocked for 700 gold. A special deluxe package is also available for $19.99, which unlocks the full adventure, a random Saviors of Uldum Legendary card, and a League of Explorers card back.

Each of the chapters will offer three Saviors of Uldum card packs upon completion. If you can complete everything on both Normal and Heroic, there's a special card back and a Golden Classic card pack for your troubles.

The tombs aren't set to open for another few weeks, but start getting ready. Hearthstone's Tombs of Terror solo adventure is set to launch on September 17.