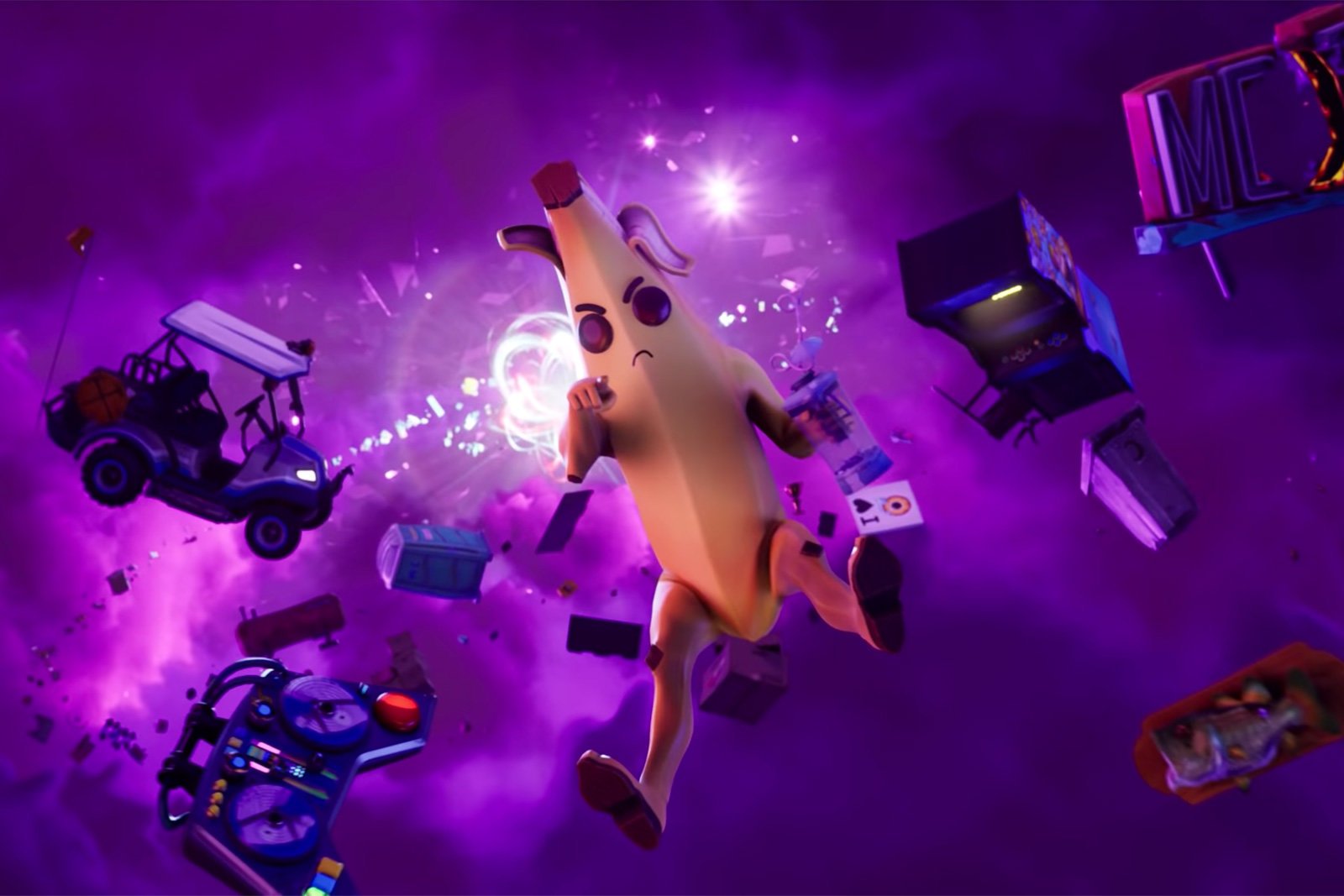 With the arrival of Season 10, Fortnite continues its progression toward new horizons. The latest Fortnite update adds a few new items, and introduces the same sort of bug fixes and tweaks that fans have come to expect. Among the latest additions is the new Junk Rift, which allows players to drop large heavy objects onto their enemies. The patch notes also speak of new Prefabs and Galleries landing in Creative Mode, plus new content landing in Save The World.

The biggest introduction in Fortnite update version 10.10 is the Junk Rift. This new item uses the Rift to distort space and time, allowing players to summon the likes of cars or anchors, really anything with the potentital to be fatally heavy, in the air above their opponents.

Version 10.10 also adds Glitched Consumables, which are basically what they sound like: Consumables and forageables that randomly change into other items. Maybe the next item is good, maybe it's far worse — that's all part of the fun.

There are also a selection of new Prefabs and Galleries landing in Creative mode, this time around meant to celebrate the return of Dusty Depot, or for fans to live out past victories with prefabs based around Dusty Diner.

Here are the complete patch notes for Fortnite update version 10.10, as provided on the official Epic Games website.