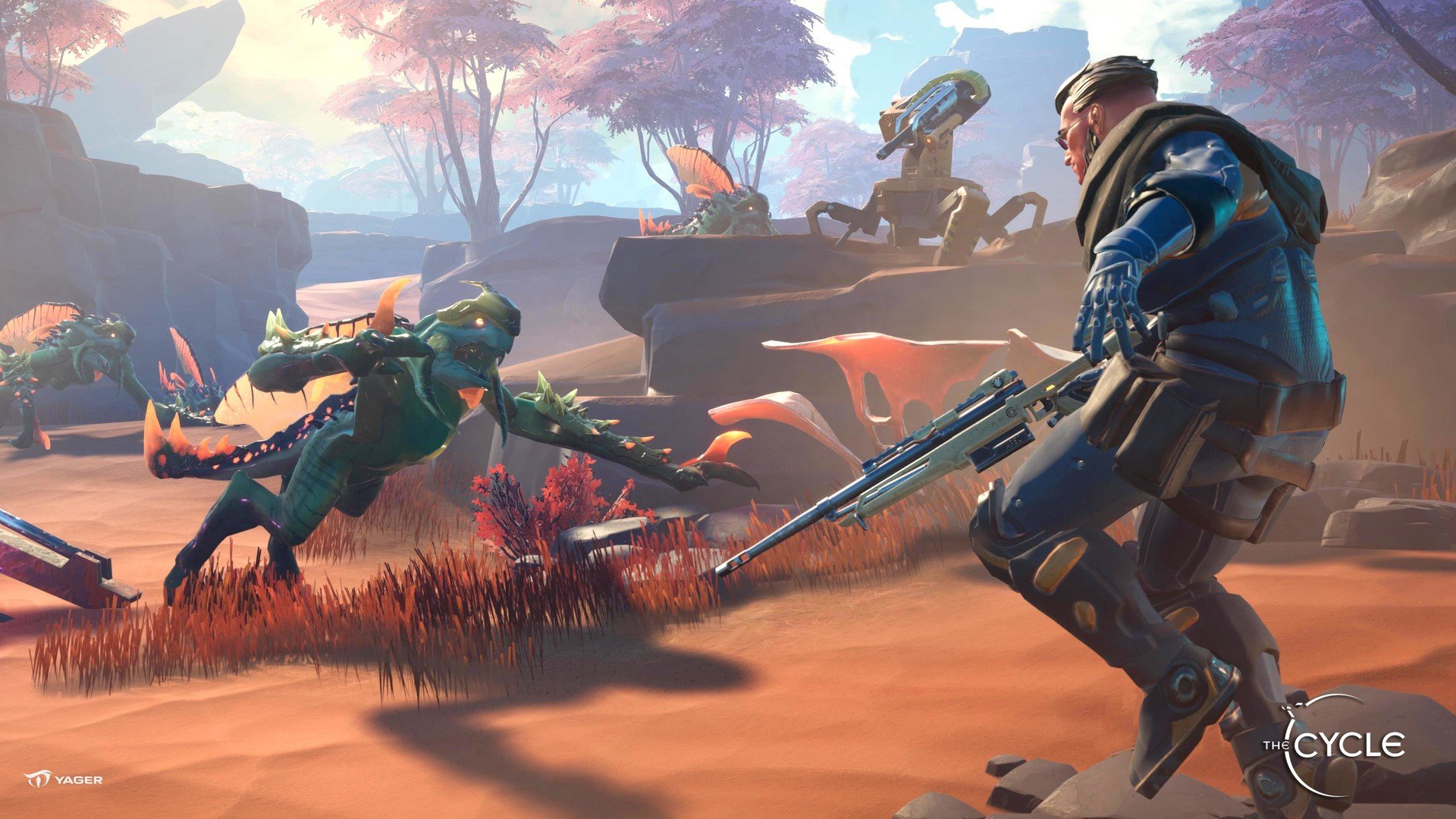 The Cycle gets new PvEvP trailer for Gamescom 2019

There are a lot of developers trying interesting new things in the online multiplayer space. In particular, the crew at Yager have been creating something very unique in the form of The Cycle, a competitive, quest-based shooter that's currently available in Early Access.

Yager showed off a new trailer for The Cycle at Gamescom 2019, highlighting the game's player-versus-enemy-versus-player style. Yeah, it's a bit of a mouthful, but the idea is simple enough to grasp. Check it out all the action through the video embed featured below.

According to The Cycle's listing on the Epic Games Store, it's "a Competitive Quest Shooter or PvEvP for insiders. You play as a prospector and your playground is Fortuna III, a living and unstable planet swarming with hostile alien wildlife. Compete or deal a fragile pact with other Prospectors to claim as many resources as possible."

In case that doesn't get the message across, the gameplay can be summarized as such: A number of different player-based squads are dropped into a large overarching map wherein each can track down and complete various quests. Completing quests grants points, the likes of which are tallied after the storm closes in and teams are exfiltrated.

In other words, it's kind of like a battle royale game, except the goal is not the overt destruction or removal of enemy players. PvP is still part of the equation, but that middle E in PvEvP denotes how The Cycle requires players to focus on more than simply being the last person standing.

Players who are interested in checking out Yager's competitive title can pick up The Cycle right now through Early Access on the Epic Games Store. For more news, highlights, and reveals from this year's event in Cologne, Germany, be sure to stop by Shacknews' Gamescom 2019 home page.