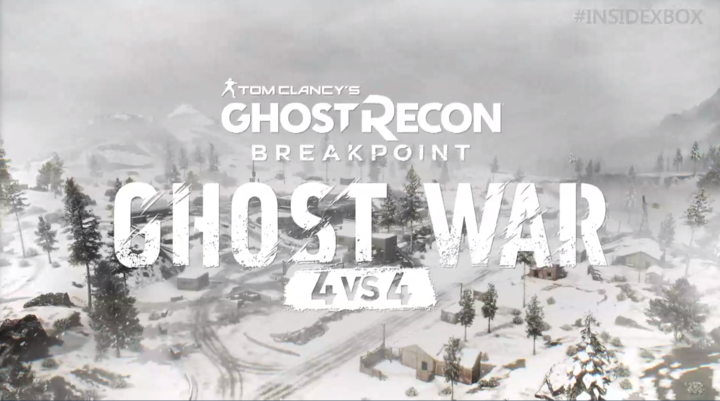 Today during Inside Xbox’s Gamescom livestream, console and PC gamers were treated to a cornucopia of game news and reveals. One big reveal for Tom Clancy fans was the announcement of a brand-new PvP mode for the upcoming Ghost Recon: Breakpoint. Ghost War is a new mode that will allow players to choose to be the hunter or the hunted in two PvP-based game modes that are sure to entice fans of the series. The mode should be familiar to fans who played Ghost Recon: Wildlands since it was a post-launch add-on, however, it appears that this time around Breakpoint will ship with the mode at launch.

According to a press release from Ubisoft: “Ghost War is an intense 4v4 experience built on the tactical squad play from the Ghost Recon series, where strategy and teamwork are just as important as skill. At launch, players will be able to choose from four classes, Assault, Panther, Sharpshooter and Medic, each fulfilling specific roles on the battlefield as they engage with enemies across six unique maps.”

When Breakpoint launches, players will be able to choose between two PvP modes to compete in:

“Elimination is an intense team deathmatch mode with a tactical twist where the new shrinking combat zone mechanics force players to jump into the heat of the fight!”

“Sabotage is an asymmetrical bomb mode where attackers have to plant and successfully detonate a bomb at either of the Bomb Sites, while defenders try to stop them.”

You can check out the trailer below to see some Ghost War gameplay in action.