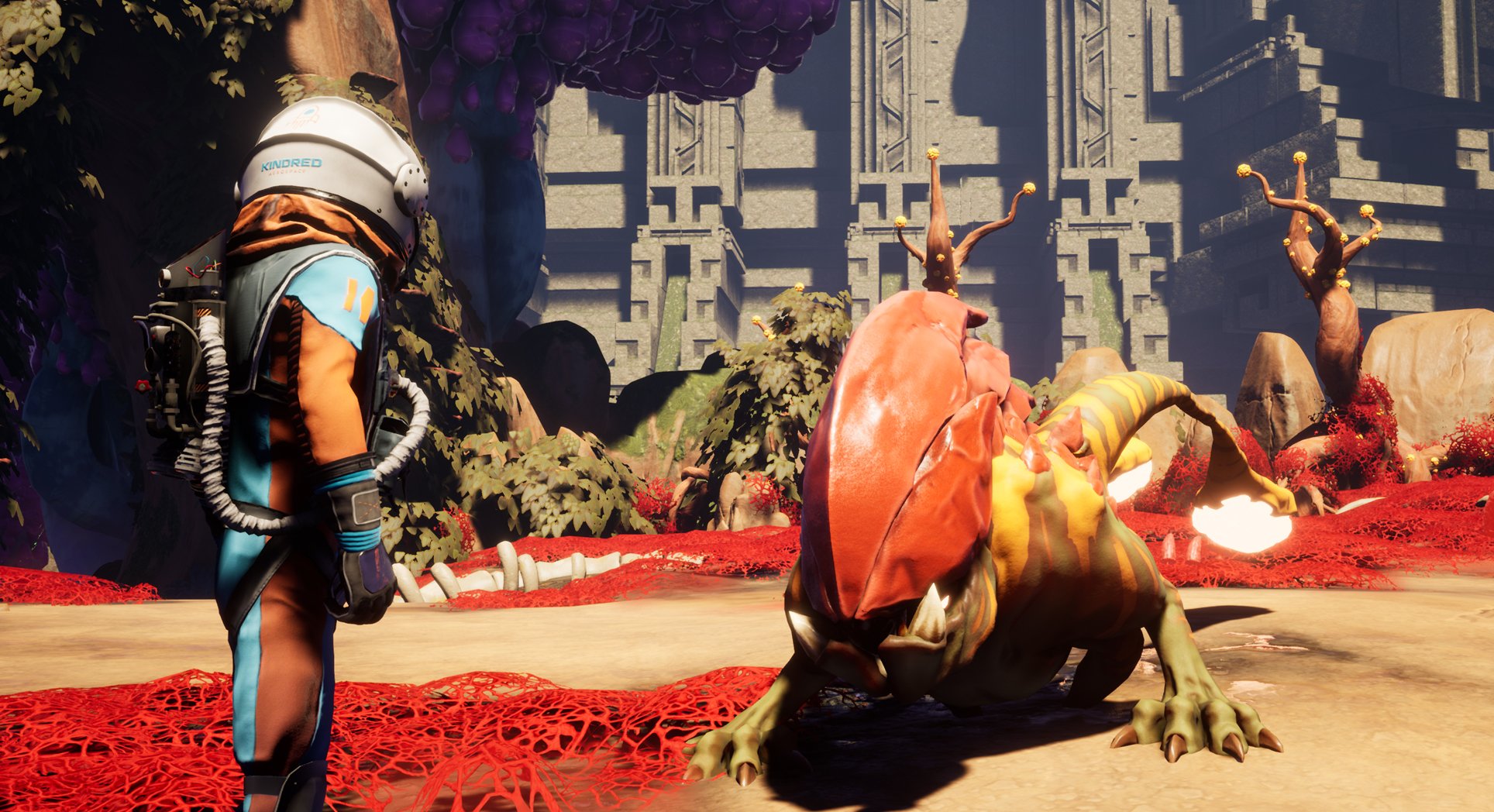 The outer cosmos has proven hazardous, but 505 Studios and developer Typhoon Studios are proving excited to embark on their adventure. The two announced at Gamescom that Journey to the Savage Planet now has a release date and it's going to hit one of the earliest parts of its projected 2020 window.

A new trailer debuted at Gamescom detailing the game's new January launch window and showing off more of the savage planet's colorful, yet dangerous, landscapes. This was the first opportunity for viewers to check out the Jellywaft Island, the Swamp Gully, and the vast Fungal Forest. They also got to look at some of the planet's indigenous lifeforms, like the one-eyed Floopsnoot. And as one might imagine, everything in this strange world is out to kill you.

For those unfamiliar with the game's premise, Journey to the Savage Planet is a whimsical first-person adventure. Players take on the role of a Kindred Aerospace employee, dropped into the center of an uncharted world. The goal is to explore as much of the world as possible and study it to determine if it's safe for human colonization. Players don't have to explore this oddball planet alone. Monday's trailer pointed to a two-player online co-op feature, allowing two friends to explore this rock together.

Journey to the Savage Planet will get both a digital and a physical release. Those who pre-order can pick up the Martin Tweed digital bobblehead and a Kindred Aerospace "4th Best" pistol charm, which will up their odds of picking up better item drops when equipped. PS4 owners can pick up a special dynamic console theme with their pre-order, while PC users who pre-order from the Epic Games Store can pick up a digital wallpaper graphic.

Journey to the Savage Planet is set to release on PC (via the Epic Games Store), PlayStation 4, and Xbox One on January 28. To learn more about this game, travel back to E3 2019 and check out our hands-on preview.