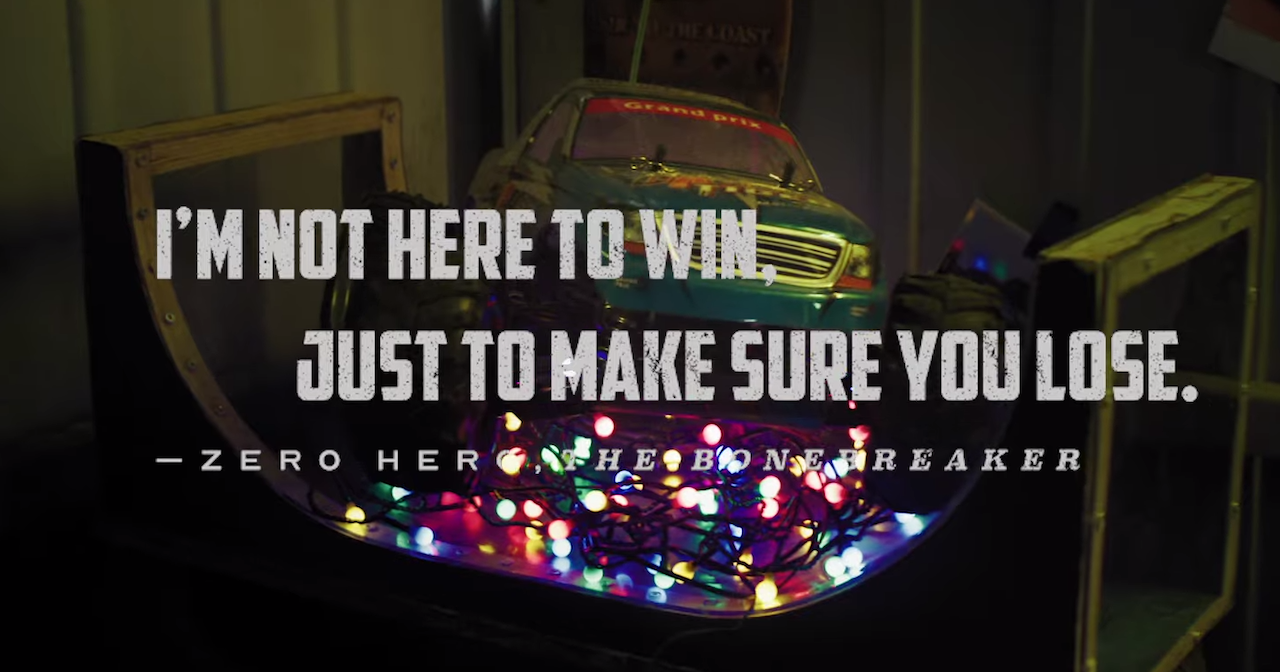 Wreckfest is racing to the finish line with a release later this month, and we can't wait to get behind the wheel.

But first, THQ Nordic has shown us a bit more of the console version of Wreckfest in the form of Zero Hero, the Bonebraker. Both the official promotional copy and trailer introducing the character paint him as an antagonist you'd do well to stay away from:

"We've all met that person while playing games. You know, the one who isn't trying to win the game and doesn't really care of they lose. They're there only to make sure YOU don't win the game. Call them griefer. Call them troll. In Wreckfest, you call them Bonebreaker." Check him out in the clip below.

Wreckfest is headed out for release on August 27, when it will be available in both standard and deluxe editions, with the digital deluxe edition offering a 24-hour head start into the game on August 26. Both versions will come with the Bandit Ripper V8 racer for pre-order no matter which version you choose.

The Deluxe Edition comes rocking the Season Pass as well, which comes with 20 new cars, 20 special roof decorations and other car customizations as well, which will be released in a staggered method after the game debuts. There will be free content updates in the future as well. PC owners who already have the game will get a ton of free content as well, so don't feel left out if you already bought into the game at an earlier date.

We're looking forward to smashing things up in Wreckfest – are you?