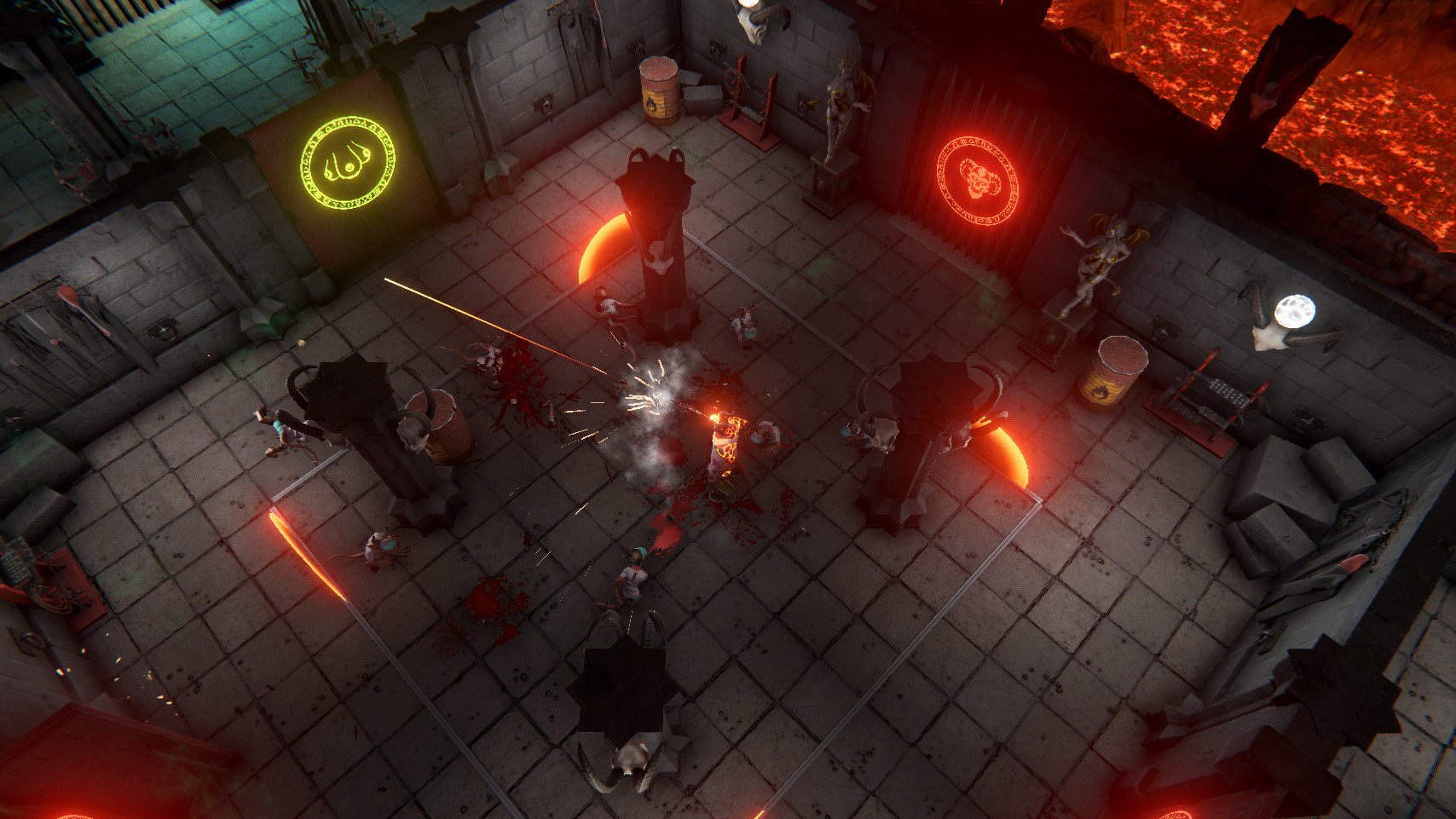 The story so far sees a human mega-corporation, Big Wac, take over the pits of Hell. This invasion has wreaked havoc on the already desolate area. Playing as Lou, it will be up to the players to fight back against the humans to reclaim the fiery palace.

Gameplay looks to be an isometric twin-stick shooter. Players will be able to use a bevy of weaponry to dispatch the many foes they’ll face while fighting back the invasion. There’s plenty of visual storytelling in the levels, with rooms adorned with hellish iconography and corporate symbols.

Also revealed in the trailer are a few of the enemies players will encounter. One such monstrosity is the nerd. This giant, overweight man wields a poorly crafted weapon made of a controller taped to a stick. But as a level 80 necromancer, he seems to have some magical powers.

The trailer also showed off a few caricatures of other well-known characters and people who you might encounter in Hell. While I can only guess at who they might be, they certainly look like professional hitman John Wick, sometimes controversial PewDiePie, and the short but muscular Tyler1.

And as one would assume, Hitler will be featured in Hell. Hopefully he’s a boss, and hopefully we get to use the many guns on offer to pound him into the ground.