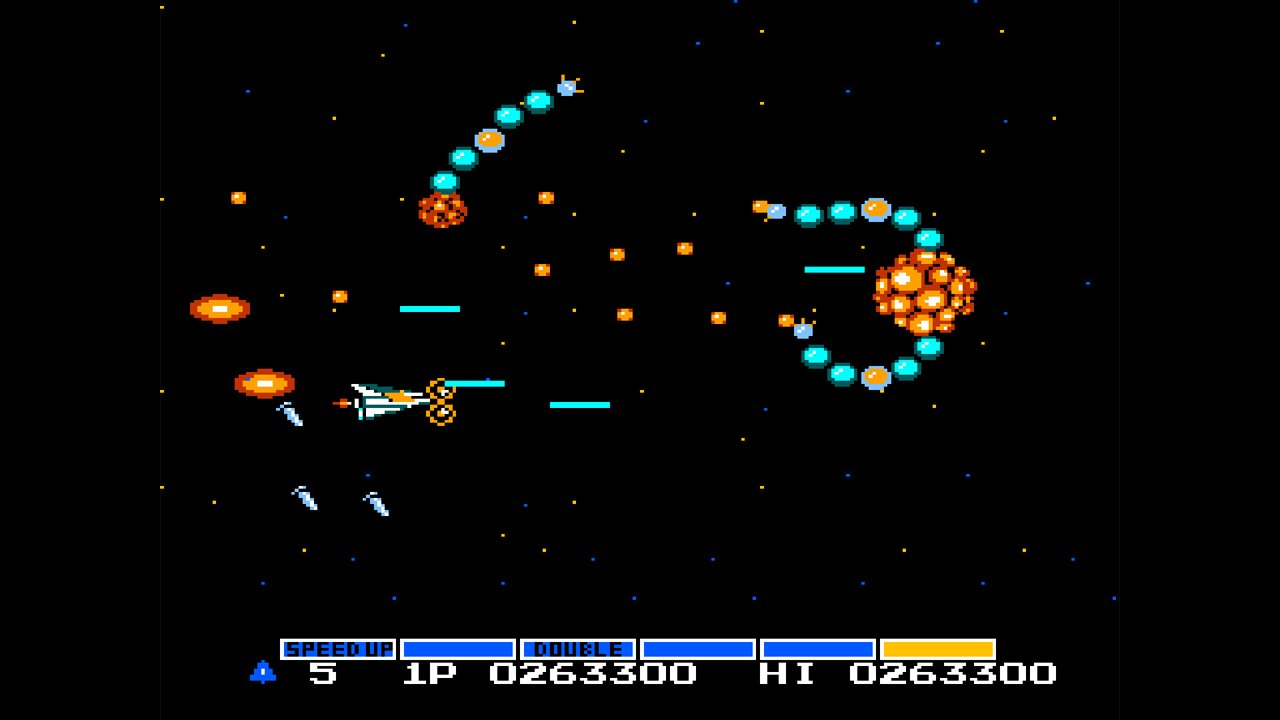 Arcade Archives VS. GRADIUS releases on PS4 and Switch tomorrow

If the name VS. Gradius doesn't exactly ring a bell, you're not alone. Developed by Konami and licensed to Nintendo in 1986, it's effectively a port of the original 1985 release adapted to Nintendo's VS. System line of arcade cabinets — which, themselves, were effectively arcade machines based around the NES hardware.

Given that VS. Gradius was meant for arcade play, gamers can expect a few changes. Notably, these include two-player action in a version of Gradius that does not end. The base game is over if players make it past the final stage, but VS. Gradius just keeps on going, likely as an effort to drain even more quarters from arcade enthusiasts.

As with the other Arcade Archives releases, players can expect a host of modern-day features such as online leaderboards, various display settings, the ability to take screenshots, and so on. Best of all, it's releasing for just $7.99, which is practically a steal considering how difficult it would be to track down and play Gradius on a VS. cabinet otherwise.

Expect Arcade Archives VS. Gradius to land for PlayStation 4 and Nintendo Switch starting tomorrow, August 15, 2019. To stay on top of more video game launches, be sure to stop by Shacknews' 2019 video game release date schedule.