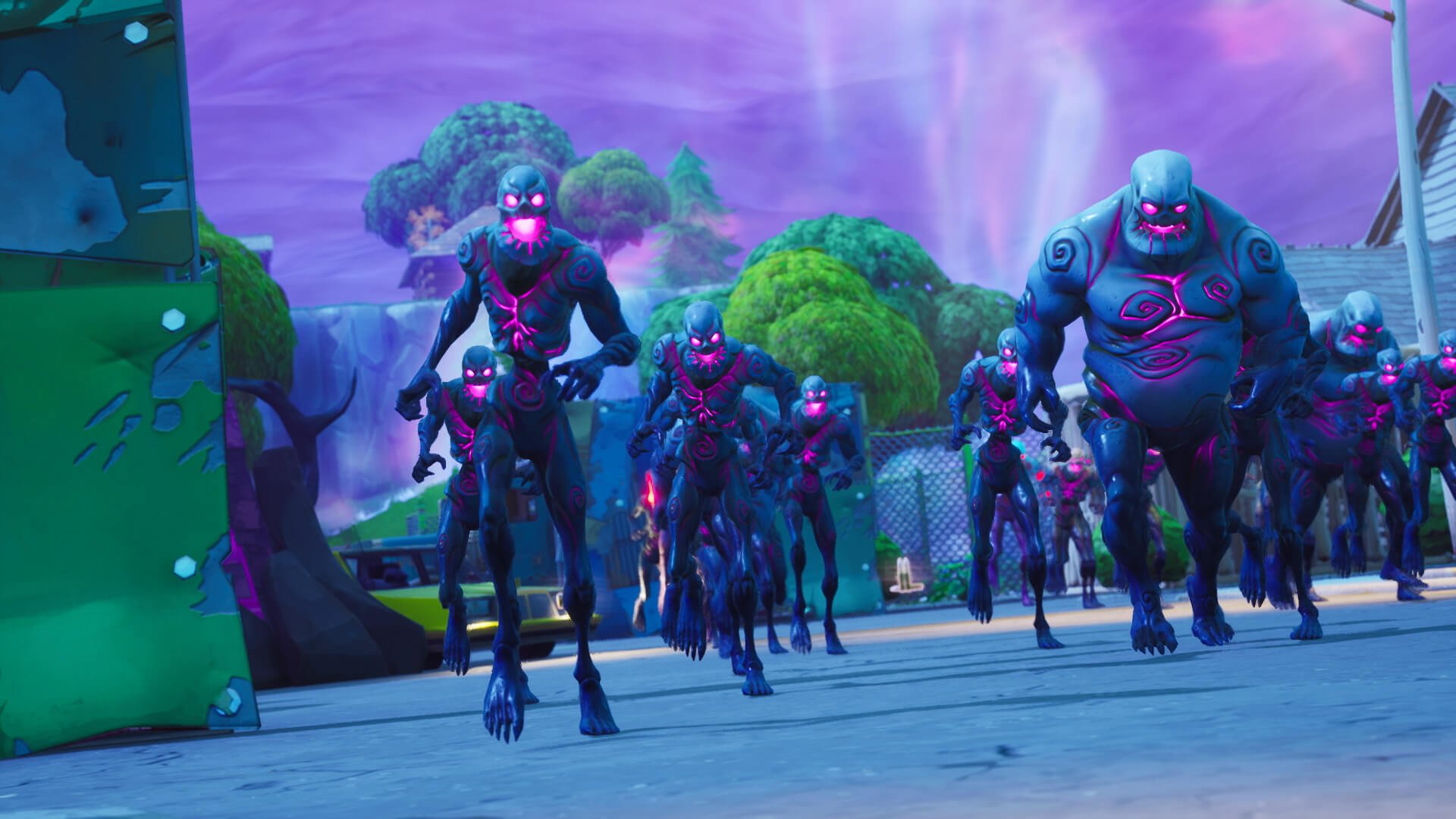 Fortnite Season 10 continues to expand with the latest update, version 10.10. Included in this new slice of content is a change to a fan-favorite area, a new LTM for players to enjoy, and a new, over-powered addition to Creative.

Epic Games has released the patch notes for Fortnite 10.10. One of the first changes addressed is the B.R.U.T.E. Players will now find that there is a laser to help them aim the weaponry and to potentially avoid shots if on the receiving end.

To help facilitate ease of use, the mech can now be entered from the glider, which should cut down on the fumbling about. However, it appears as if the mech will remain as powerful as before.

The B.R.U.T.E. has also been added to Creative. You can add a whole lot more chaos to your creations with this hulking unit.

The other major change comes to Mega Mall. A new Rift Zone has appeared, bringing with it hordes of Fiends. This adds a whole new PVE element to the otherwise PVP-focused Battle Royale mode.

Check out the full Fortnite v10.10 patch notes below!

Retail Row
A Rift Zone has turned Mega Mall back into Retail Row, and prices have dropped significantly. These discounts come at the cost of increased danger — bargain-crazed Fiends are spawning in the Rift Zone, and they want the shopping center all to themselves.

The B.R.U.T.E.
Now usable in Creative!  Unleash mechanical mayhem in your games.

Manage Your Islands
Run out of space to build your new creations? You can now add and remove islands at will.

Camera Filter
Adds a post-processing effect to players' screens while they play.

Penny Hits the Road!
This week, help Penny make her way to the Radio Station to broadcast her Song of the Summer. Load up the van and gather your group because it’s time to Hit the Road with a new weekly quest!

As mentioned in our most recent Road Map, we’ll be making some adjustments to rewards across the board, most notably the top end of Twine Peaks. Below are the changes:

Fortnite 10.10 patch notes manage to add some more clarity to the B.R.U.T.E., but whether or not this will make it easier for players to deal with remains to be seen. Check out the Shacknews Fortnite page for the latest news and guides.