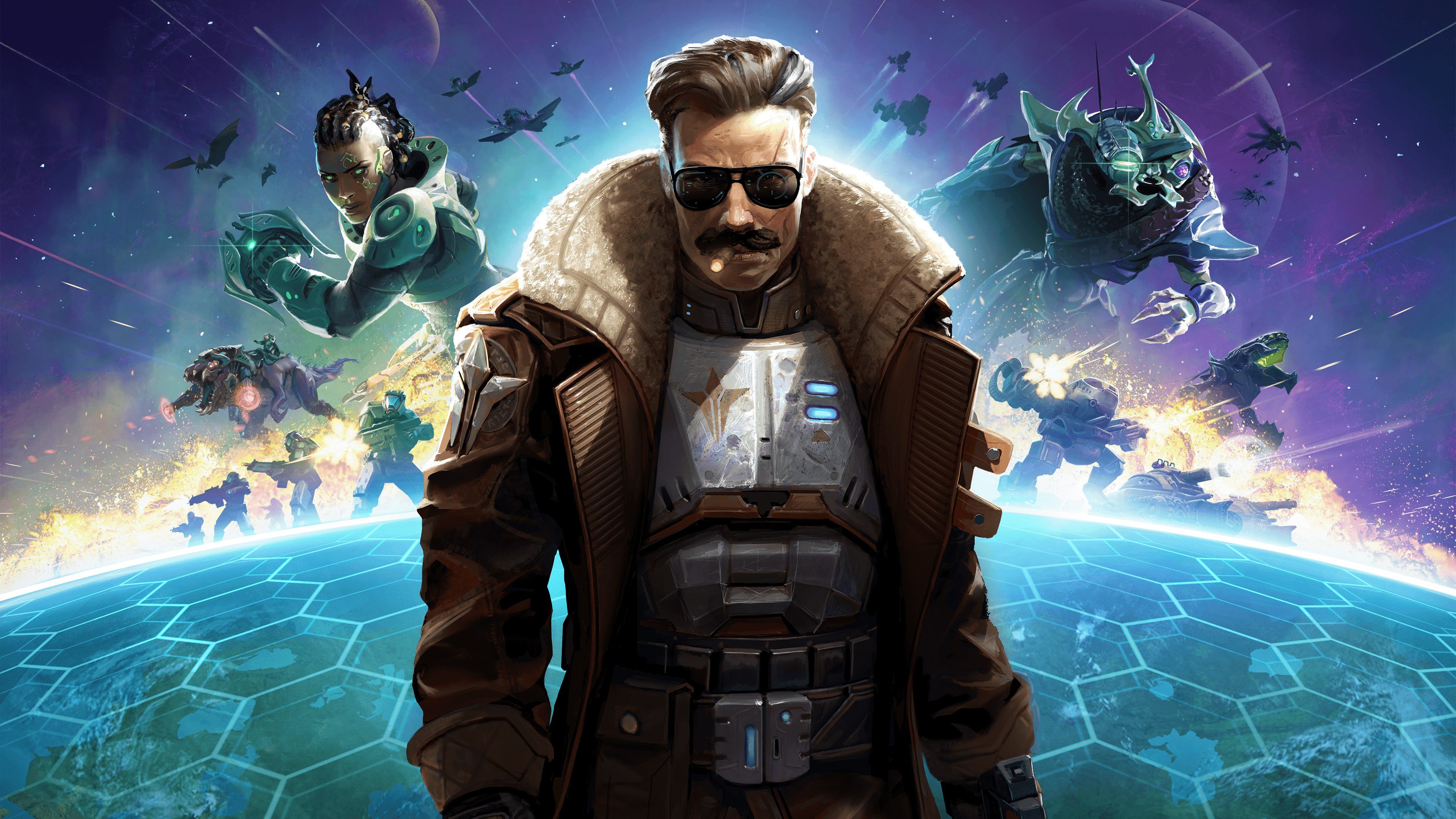 All Factions in Age of Wonders: Planetfall

Age of Wonders: Planetfall is a game about galactic expansion, but players won't have to stick with a single faction or race. Instead, the new Triumph Studios release lets players choose between different six playable factions, each with their own set of customizable commanders. Beyond those, the game also has an additional six NPC factions for players to encounter during their adventures. Here are details about each of the six playable and NPC factions in Planetfall, plus additional information about weapon types, Racial abilities, and more.

There are six playable factions in Age of Wonders: Planetfall: Amazon, Assembly, Dvar, Kir'Ko, Syndicate, and Vanguard. While members of each faction are generally humanoid, the available power, abilities, and innate attributes can vary wildly between each.

The Vanguard faction is considered the default starting class in Planetfall; it's the given faction for players working through the tutorial or the first campaign mission. Aside from campaign missions, however, players are free to use any faction they like when playing through online or offline scenarios.

One of the fan-favorite races in Planetfall, the Amazons are fierce female warriors with dinosaur mounts. Pretty sweet, right? In the Amazonian tradition, the Amazons have a Forest Affinity, and not only can they terraform forests, they can also bend the will of creatures — hence the biological mounts.

Another colorful faction in Planetfall, the Assembly are biomechanical beings who have a reputation for coming back from the dead. As the name implies, the Assembly can rebuild or revive their own members by using bits and pieces of fallen troops. They function like a gigantic recycling plant, except both the input and the output are people. People-ish, anyway.

Straight up: The Dvar are Space Dwarfs. It's something of a common theme in science fiction, but it's no less fun, and the Dvar have carved out their own place in the universe of Planetfall. They're almost steampunk in appearance, thanks to their dedication to the disaster survival suits they wore around the time of the Collapse. Similar to the Amazon faction with forests, the Dvar are masters of the mountain, and are perfectly happy in otherwise inhospitable volcanic sectors.

The Kir'Ko faction is comprised of the only true playable aliens in Age of Wonders: Planetfall. In good sci-fi fashion, they're sentient, humanoid bugs, capable of spitting corrosive chemicals and swarming the opposition. In fact, Kir'Ko units get buffed when they're near others, encouraging players to fight in literal swarms of troops.

The faction of choice for stealth-oriented players, the Syndicate are masters of shady deals and underhanded tactics. Many of their abilities align with the traditional rogue class, dealing high damage and being able to quickly get away from dangerous situations. They aren't tanks, not by a long shot, but with the right direction, the Syndicate are more than formidable.

Sort of the standard class for Planetfall, the Vanguard should feel pretty familiar to players of other sci-fi-based strategy games. Essentially advanced humans, the Vanguard can make use of a number of high-tech weapons and vehicles. They're not so good for melee damage, but the Vanguard can produce robotic scouts or deal high damage across long distances.

There are a total of five current NPC factions in Age of Wonders: Planetfall, not counting wanderers or beasts found in the Marauder faction. These five factions — Autonom, Growth, Paragon, Psi-Fish, and Spacers — will be encountered as players branch out and explore new worlds.

Below we've featured the in-game description for each of these NPC factions, with additional notes where applicable.

Members of the Marauder faction are not playable, nor are they clearly outlined as a faction through the in-game encyclopedia. However, members of the Marauder faction are often seen around the map taking the form of various monsters, beasts, or ne'er-do-wells. They're usually seen with a faction banner featuring a red skull on a grey field, and some of them appear to troops or commanders on-sight.

Here's the in-game description for the Marauder faction:

"Marauder factions are planet-roamers who hold no allegiance to anyone but themselves. They come in various shapes and forms from wildlife to pirates, but one thing is true: no amount of diplomacy will help here. Beware, some of these saves may attack you in search of resources."

"The robots providing emergency services within the Empire were run by the Conscientious Omnipresent Regency Engine (CORE), but when it faltered during the Collapse they relied on internal backup processors. In the centuries since then, these robots have linked up and developed into a new collective of sentient beings. They called themselves the Autonom."

"After being discovered on a distant world, the Growth was cultivated for its stimulating nectar my pharmaceutical companies. Unable to synthesize the drug, biodomes were built to produce nectar in large quantities. After the Collapse, the Growth broke free overgrowing entire sectors for its goal to expand its biodiversity and spread to new worlds."

The Paragon once were the elite citizens of the Star Union. After the Collapse, all interstellar trade and communications ended, leaving the surviving citizens marooned on their worlds. The upper-class Paragons, named after the company that provided their cybernetics, fell from boundless hedonism to a state of survival. As they were no longer able to connect with CORE, their disconnected augmentations that gave them eternal youth and superhuman abilities began to slowly falter. Many Paragon descended into madness and decay."

"It is believed that the Ps-Fish originate from the Void, the space between the planes of existence. Their primary goal is the creation of more Psi-Fish. After the Collapse, they preyed on the vulnerable survivors of Star Union, wiping out entire settlements to grow their Shoal — the Psi-Fish race as a whole. They are curious creatures and seekers of knowledge, for as alien as they are to mankind, this universe is entirely alien to them as well."

"After the Collapse brought the population violently back to reality, they were left to survive in a devastated and lawless universe. The strongest, craziest and most ruthless survivors formed tribal gangs. They fill their days with raiding, cannibalism, debauchery and perverse rituals as a poor replacement for the state of bliss the Union once provided."

Between each of the six playable factions in Age of Wonders: Planetfall, 4X fans should have no trouble finding a faction that suits their tastes. Just be sure to keep an eye out for wandering Marauders or any members of aggressive NPC factions. To learn even more about the newest Triumph Studios release, including more tips and helpful game guides, be sure to stop by Shacknews' Age of Wonders: Planetfall home page.