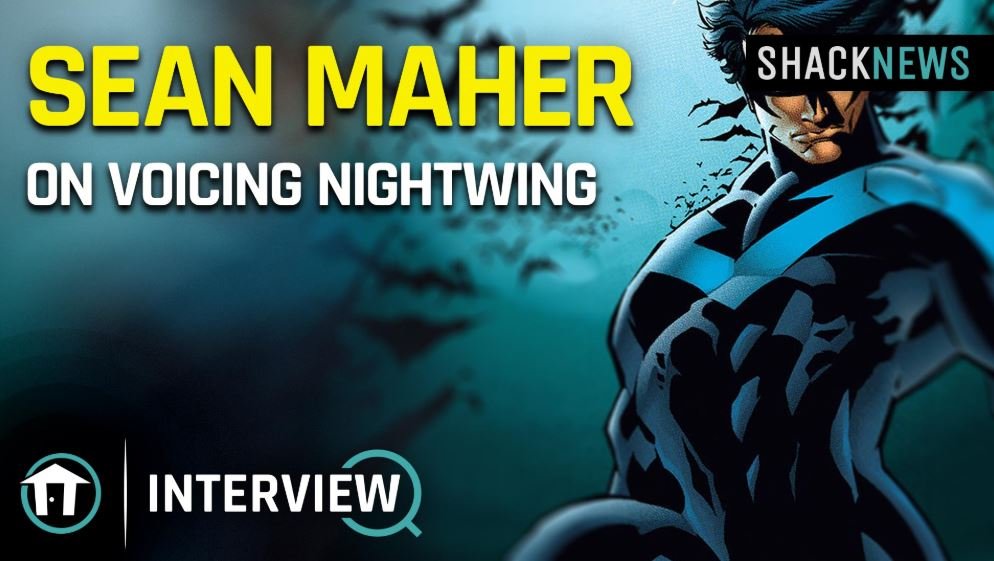 Sean Maher interview: The voice behind Nightwing tells all

Each year, thousands of comic book fans, and lovers of all things nerd, swarm upon San Diego to attend Comic-Con in the summer. What originally began as a celebration of comics has evolved into a spectacle all its own, loaded with celebrities, movie executives, and more merchandise than you could fit into a stadium. One of the perks of attending each year is getting to rub shoulders with the talent responsible for bringing comics and other entertainment formats inspired by them.

At this year’s SDCC, we were lucky enough to get the opportunity to speak with Sean Maher, the voice of Nightwing in both Teen Titans, Teen Titans Go!, and the new crossover movie that features both universes.

Maher explains the approach to voicing Nightwing, including how he originally got the gig and how he approaches each job with the same mindset.

Teen Titans first appeared on the scene back in 2003. A creation of Glen Murakami, the show aired on Cartoon Network and followed the exploits of a teenage superhero group. It was inspired by the DC Comics series of the same name. It ran for five seasons and received a TV movie that served as its finale. Teen Titans Go! first aired in 2013 as an indirect spinoff of the original series. It is lighter in tone than the first Teen Titans run and has lots of comedic themes. A crossover film featuring both of the properties is scheduled to be released direct-to-video in September for digital video platforms. It will see a physical release late on in October.