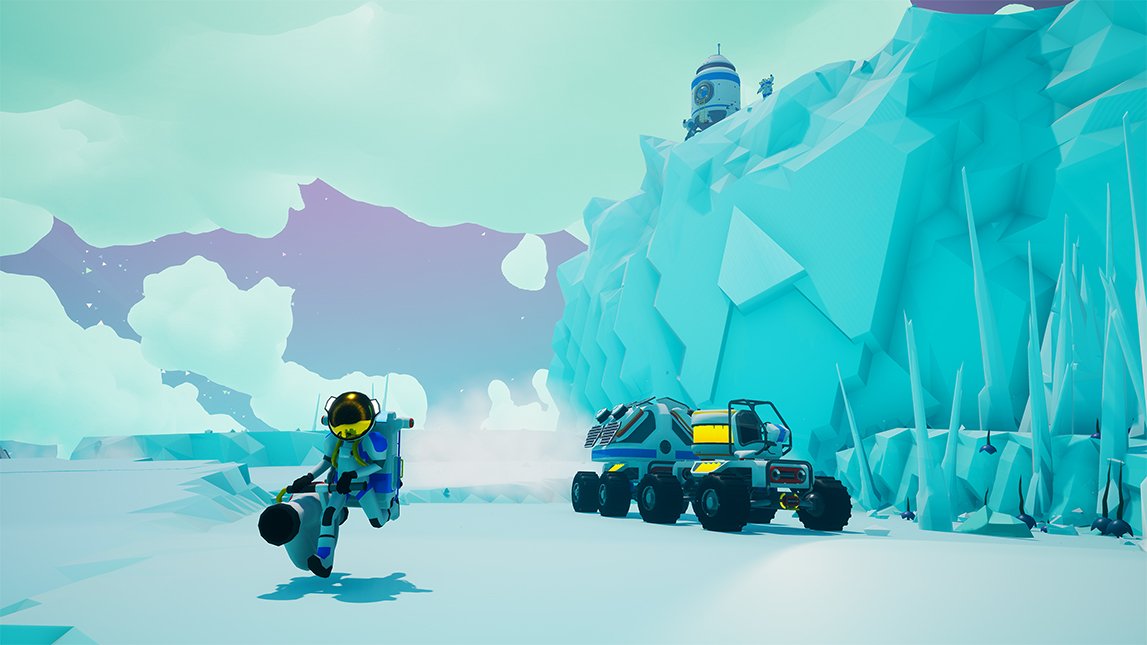 A new suite of Apollo 11-themed features are about to land in Astroneer. The very appropriately titled Lunar Update brings a slice of real-world space travel to System Era's sandbox game, including a chance to listen to audio logs from the Apollo 11 lunar mission.

From now through August 31, Astroneer players can rocket out to the moon Desolo to encounter an in-game rendition of the original Apollo Lunar Module. Within the module, players can hear "over an hour of iconic audio" featuring clips of radio transmissions between Apollo 11 Mission Control and astronaut Mike Collins.

A camera mounted on the module will take photos of players upon their approach, much as cameras on the original lunar module captured the first images of mankind on the moon. Players will also be able to unlock a vintage spacesuit color palette and visor based around the Apollo 11 crew.

This limited-time event is meant to coincide with the dates of the Apollo 11 mission, which ran from July 16 through July 21, 1969. It was the first time human beings landed on the moon, and clearly makes for a great addition to Astroneer, one of the most entertaining space exploration games in recent memory.

Speaking in a press release, System Era Softwarks Communications Director Joe Tirado said the team was honored to pay respects to the Apollo 11 mission and crew:

“The wonder and optimism of space travel fuels the adventures of Astroneer, which our intrepid community has come to adore,” Tirado said. “No event in history better captures this spirit than the Apollo 11 mission, the heroism and dedication of which inspire our development. We’re tremendously humbled by the mission’s legacy and excited to pay respect to them in our own way.”

Any video game fans who still haven't picked up Astroneer can currently find the game offered at a 25% discount over on Steam. The game is also available on the Xbox One, where it's still set at its base price of $29.99. Just be sure to check out the new digs quick, as the Apollo 11-themed festivities are set to end on August 31.