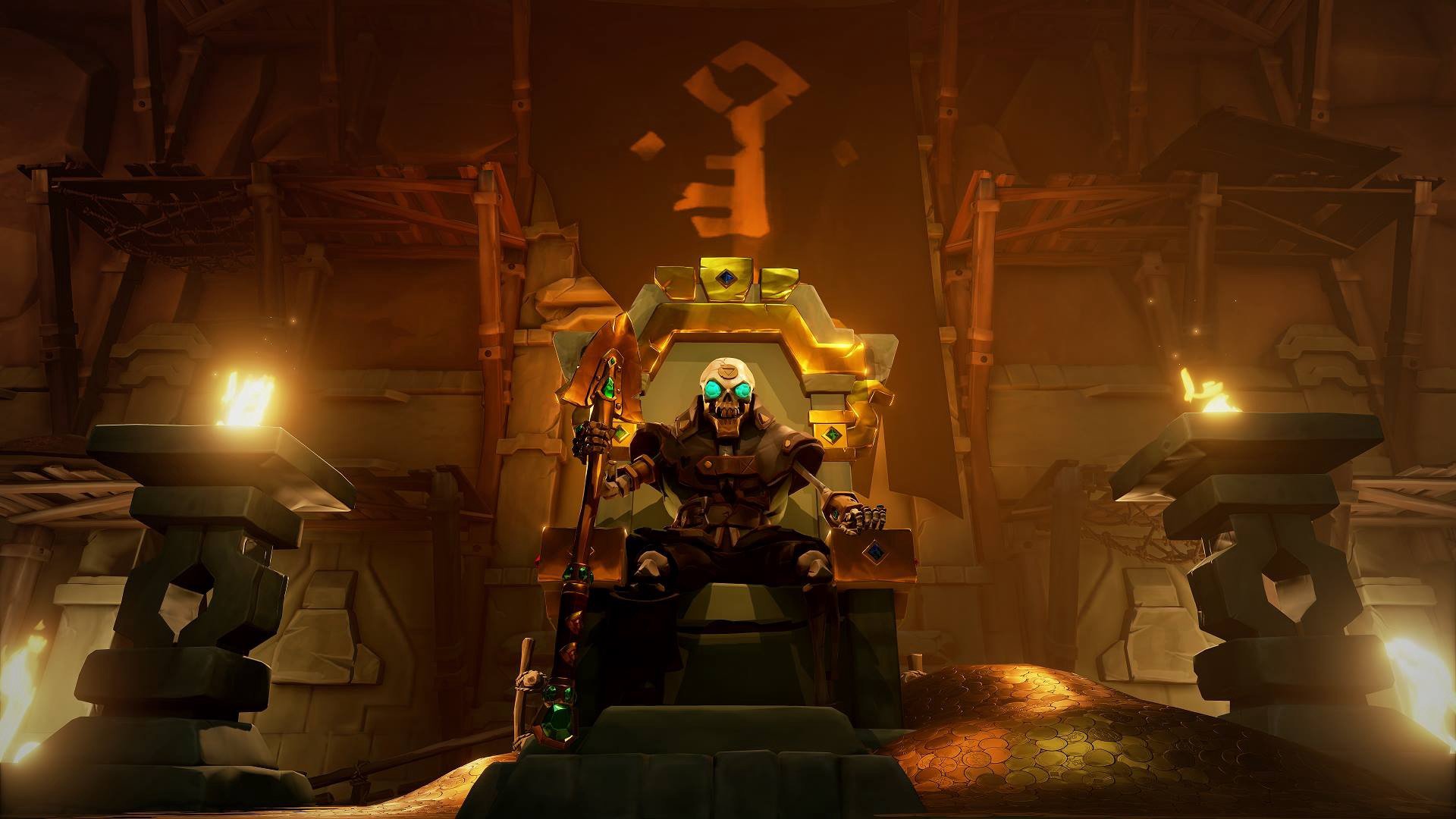 The latest update for Sea of Thieves is available right now, and it brings the game to version 2.0.5. This update adds the new Black Powder Stashes, which are the first in a series of new monthly content updates coming to the game throughout the year. Of course, Black Powder Stashes aren’t the only thing coming in this update, and the 2.0.5 patch notes showcase a slew of gameplay balance changes, fixes, and more.

On top of the new Black Powder Stashes, players will also find that trading companies have begun to stockpile Gunpowder and Stronghold Kegs, giving crews a place to offload all of their goods. Trading companies are also eager to get their hands on Mermaid Gems, so make sure you and your crew are collecting them as well.

As far as balancing goes, the Hunter’s Call rewards have received a buff to provide players with greater Gold and Reputation gains for turning in fish and meat. The Tall Tales Skeleton Lord is now a much more balanced encounter, and ‘The Shores of Gold’ Gold Hoarder encounter offers more time for players to complete it. Sunken Shipwreck rewards have also picked up a buff, adding a chance to find Gunpowder Kegs, Resource Crates, and even more Mermaid Gems.

Sea of Thieves will also now offer radial menu support for keyboard bindings, which should make it easier to rebind keys and work with the radial menus that litter Sea of Thieves’ UI. The Escape key will also now back out of the Settings page in stages, making it much easier to go backward in the settings options. Of course, you can read more about all of the changes in update 2.0.5 by heading over to the official Sea of Thieves blog. There’s quite a bit to go over, so make sure you give the patch notes a full read before you head into the game this afternoon.