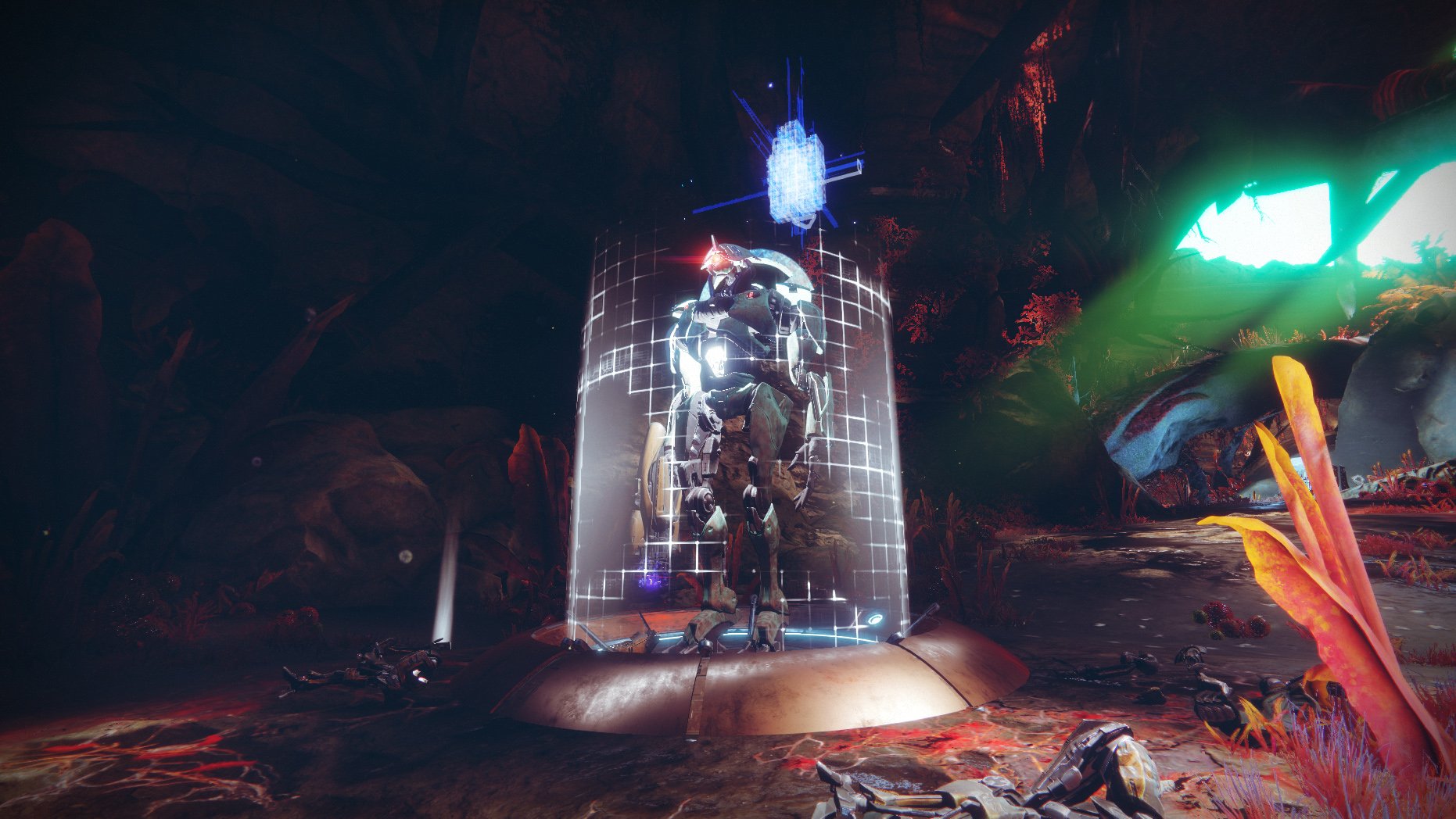 Spider has another bounty for you to hunt in Destiny 2: the Arcadian Chord. This Wanted bounty sees players taking on a powerful boss in a Lost Sector on a specific planet. For players looking to collect some powerful gear, or some easy Legendary shards, completing Wanted: Arcadian Chord is a good idea.

The Wanted: Arcadian Chord bounty can be purchased from Spider for 5 Ghost Fragments. Reading the description will reveal that it is Failsafe who is talking, which means a trip to Nessus. This is the general rule for all of the Wanted bounties: go to the planet of the person whose dialogue is listed in the bounty.

Now that Arcadian Chord has been tracked to Nessus, use the fast travel point in the Watcher’s Grave to reach the banner in the Tangle. Alternatively, you can also use the quick travel point in Artifact’s Edge. Summon your Sparrow and head into the Tangle. If you haven’t already, track the banner to ensure you don’t struggle finding it in the verticality of the Tangle.

Activate the banner to begin the mission. You will likely need to enter a nearby Lost Sector in order to fight Arcadian Chord.

As for defeating Arcadian Chord, each time you deal enough damage, it will summon a shield and become immune. Destroy the blue Vex blocks to remove the shield. Each time the immune shield comes up, more blocks will appear, reaching a maximum of three blocks.

The difficulty will be in managing the enemies. Vex units will continually spawn during this fight, making it a literal up-hill battle. However, if you can burst the boss down quickly, you can cut the battle short.

Once Arcadian Chord dies, the Wanted bounty will complete and you can claim your reward. Be sure to check out the Shacknews Destiny 2 complete strategy guide for more of Spider’s Wanted bounties.