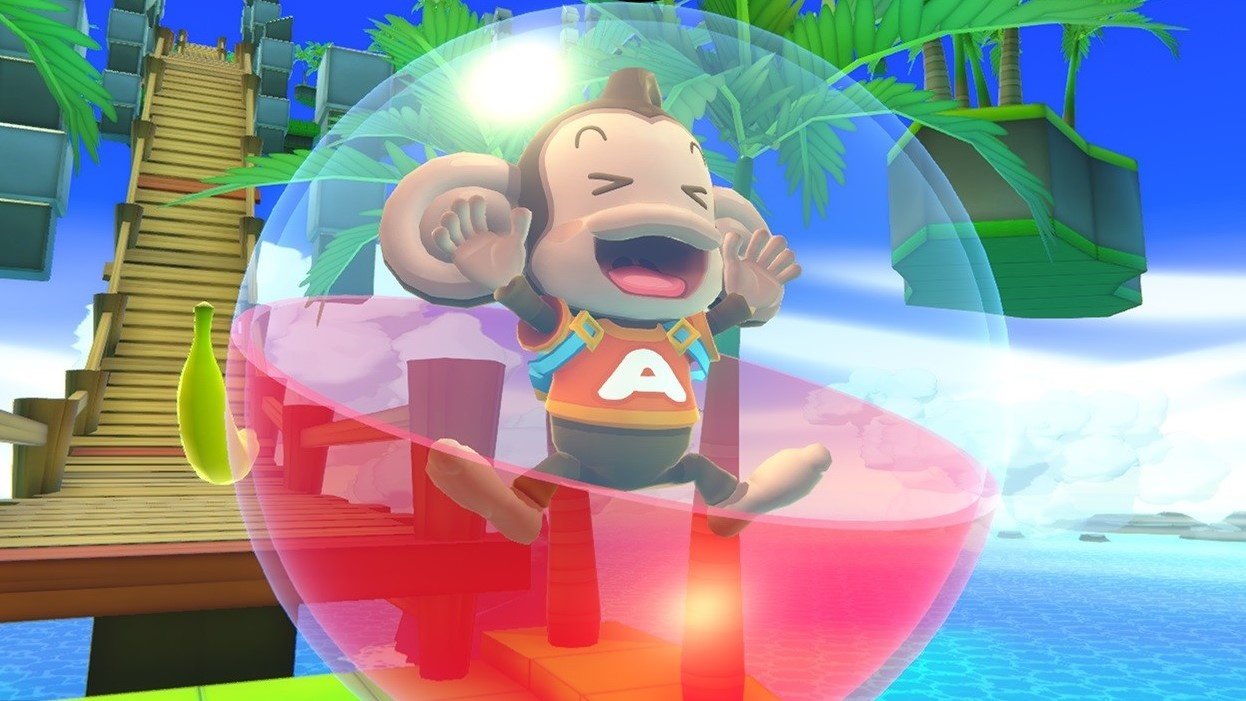 We here at Shacknews love Super Monkey Ball, and we've been clamoring for a Switch re-release ever since the system was first announced. It seems Sega has heard the call, as the company just recently announced that Super Monkey Ball: Banana Blitz will be getting the HD makeover treatment for modern consoles. When can you start slinging around monkeys and diving into minigames with your friends? Read on to find out.

Super Monkey Ball: Banana Blitz HD will release for the PlayStation 4, Xbox One, and Nintendo Switch on October 29, 2019. The developers at Sega are also working on a PC version that is slated to land on Steam in the winter of 2019, though no formal laucnh date for the PC release has been announced.

For those who haven't been keeping up with the series, Banana Blitz HD is (rather obviously) a high-definition remake of the original Super Monkey Ball: Banana Blitz. Released for the Nintendo Wii in 2006, Banana Blitz wasn't received as favorable as past Super Monkey Ball titles. The main point of concern was the game's reliance on motion controls, which were passable at best and frustrating at worst.

With this in mind, the HD version of the game will include more traditional controls on PS4, Xbox One, and PCs. Sega stated in a press release that the game has "optimized control schemes for each platform," so it's possible that the Switch will contain motion controls, normal controls, or maybe even both.

Otherwise, the game should play out largely as players remember, just with a bit more visual appeal. Beyond SMB and SMB2, Banana Blitz introduced two new characters in the form of YanYan and Doctor, and the new release will add a Decathlon game mode as well as online leaderboards. It's expected to retail for $39.99, and physical preorders are now available through the usual video game retailers.

Don't miss out on all the monkey-rolling action when Super Monkey Ball: Banana Blitz HD hits PS4, Xbox One, and Nintendo Switch this October. Players on the PC can look forward to a Steam release sometime after that. To keep on top of the latest developments in one of Shacknews' favorite series, head over to our Super Monkey Ball home page.

What is the Madden 99 Club?
Login / Register