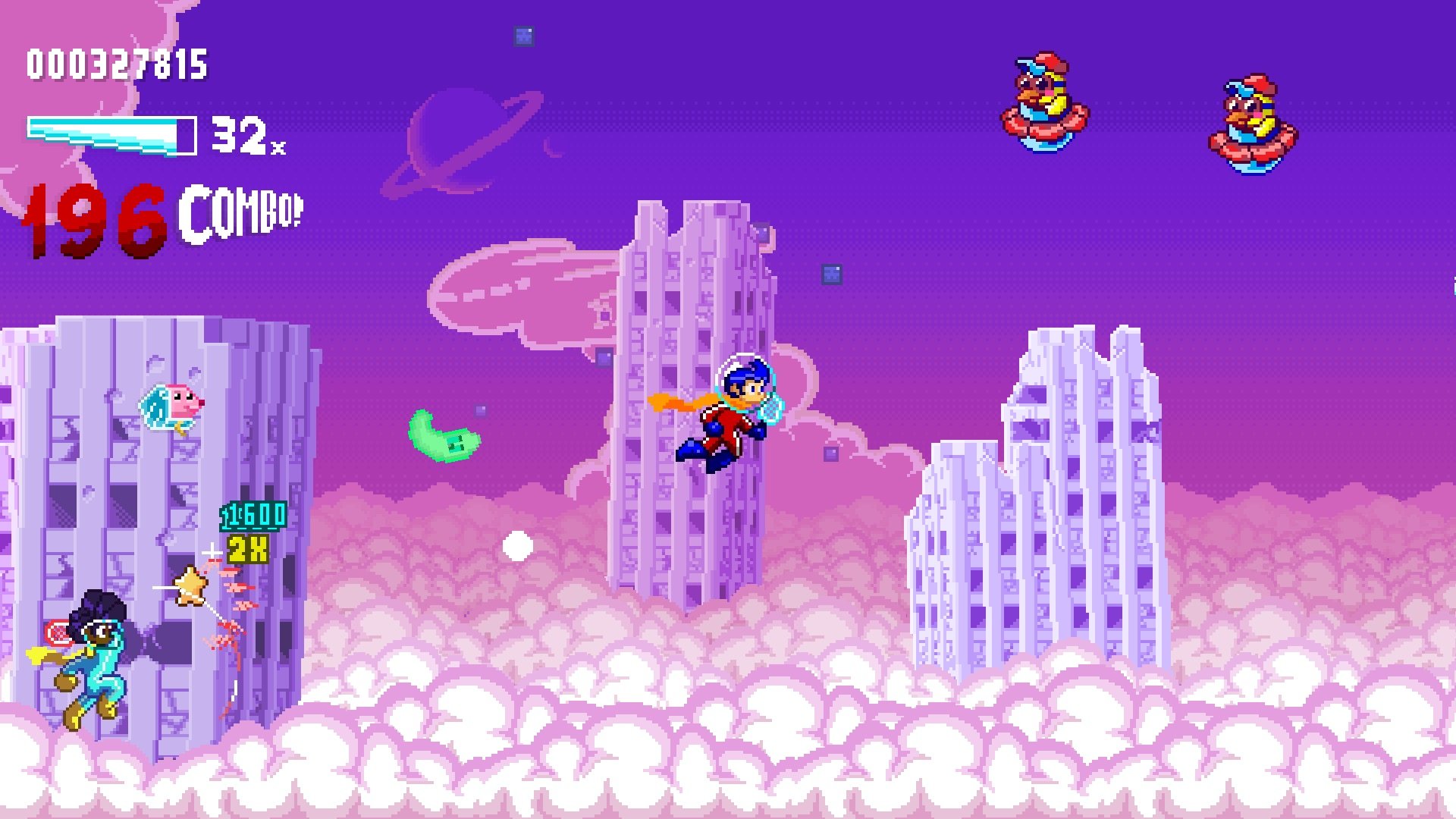 Sky Racket feels like a Super Nintendo hidden gem that is only available in Japan, and I mean that in the most complimentary way. The game’s cute appearance, over-the-top characters, and mash-up gameplay probably would have made it a must have amongst importers and collectors lucky enough to find it overseas, had it come out in the 90s. Thankfully in 2019 we have access to just about every video game in existence, so regardless of where you live, you’ll be able to play the Sky Racket demo right now.

The developers at the Brazil-based Double Dash Studios describe Sky Racket as the world’s first shmup breaker. It’s a 2D side-scrolling shooter combined with the play mechanics of Atari’s arcade classic, Breakout, where in addition to dodging bullets moving in semi predictable patterns, you also have the opportunity to “return” some of these projectiles using your character’s racket. Doing this changes the color of the bullet and lets you destroy enemies. Additionally, the bullets ricochet off the screen similar to the iconic video game, PONG, allowing you to continue hitting these bullets until all of the enemies are gone.

Admittedly there’s a bit of a learning curve because there’s no tutorial explaining that some bullets can be struck while others cannot, so you’ll probably lose a bit of health before getting the hang of things. But once you do, Sky Racket becomes almost impossible to put down. There’s the addictive gameplay, but also its whimsical presentation, with characters inspired by Mega Man and Astro Boy, along with a weird cast of NPCs attempting to knock you out of the sky. Among them, an angry banana, a luchador bear that throws chairs, and a couple of “see no evil, hear no evil” monkeys; we also think the game has cats flying atop floating sandwiches, but have yet to confirm if the felines are in fact riding on hoagies.

All of this is displayed using brightly colored graphics and complimented by a cheerful soundtrack that bears a resemblance to another classic game, Sega’s Fantasy Zone. Everything comes together in this cheery tennis racket swinging, banana-smashing package.

As we mentioned, you can download the Sky Racket demo from Steam to experience a taste of what this promising game has to offer. When we spoke to reps from Double Dash Studios in Brazil during the popular indie game show, BIG Festival, they informed us that the game is nearly finished and ready for a late summer release, but did not commit to a firm date. They did, however, talk about the possibility of a one-versus-one multiplayer mode, which if done successfully would put a cool spin on PONG; two players can already experience Sky Racket in co-op mode.

For now, we’ll continue to play the demo while checking for the game’s official release date. Of course, and we say this quite a bit when it comes to games with cool 2D pixel art, Sky Racket would look perfect on the Switch, so if anyone from Double Dash Studios sees this preview, please bring the game to the Switch!