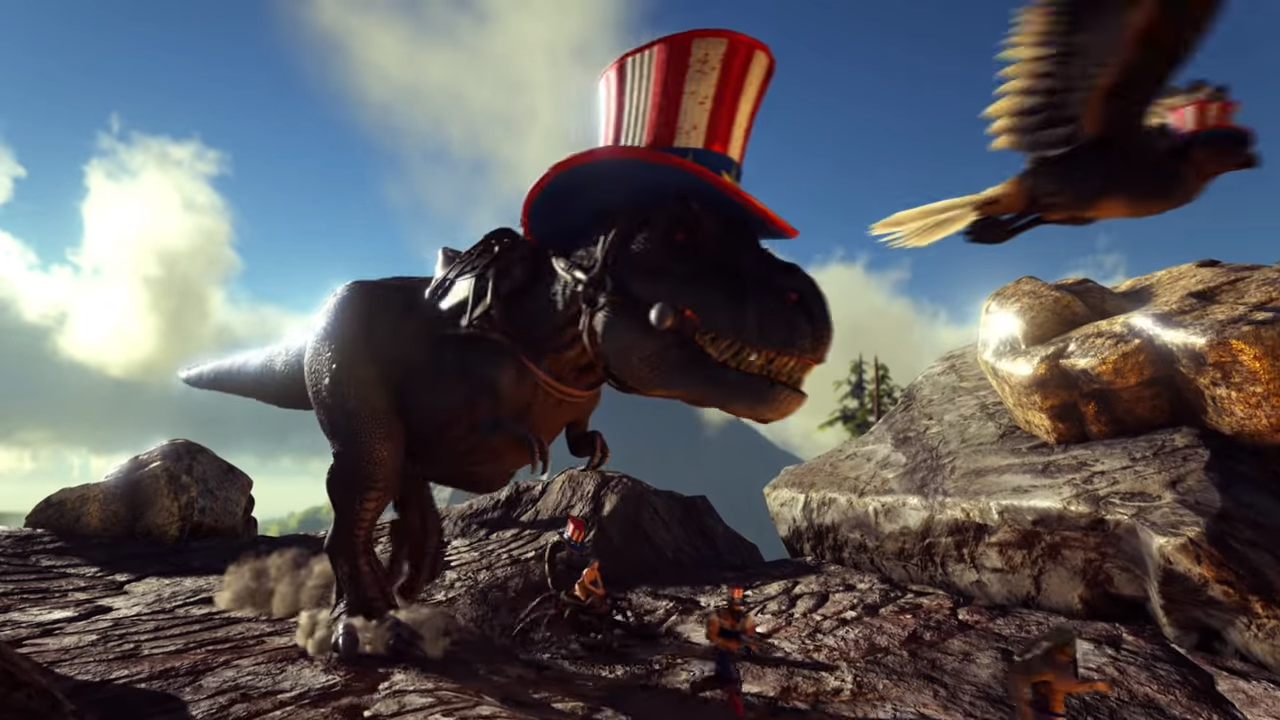 How does a prehistoric sandbox like ARK: Survival Evolved celebrate the summer? The answer is surprisingly anachronistic, as the folks at Studio Wildcard look to celebrate with a lot of American patriotism. So it's time to hit the beach in ARK's Summer Bash 2019 event.

Since school's out for the summer and there's a lot more free time, that should make raising dinos a little bit easier. Survivors can now breed their dinos at twice the speed, gain XP twice as fast, and double whatever they harvest. Because in America, we like things fast and we like them easy and this event looks to offer both of those things. We also like things in different colors, so be sure to pick up some seasonal candy and feed it to a tame dino in order to change it to a random color.

Players can also pick up various summer-themed items for both their dinos and for themselves. If you're hitting the beach, you want to show off your best beach bod with a new summer swimsuit skin. And of course, you want to show people how American you are by putting an Uncle Sam Tophat on your dinosaur. Here's everything that's available during the event:

The ARK: Survival Evolved Summer Bash event is currently underway and is set to last through July 16. For more, check out the ARK forums. Don't forget that the game is also part of the massive Steam Summer Sale.