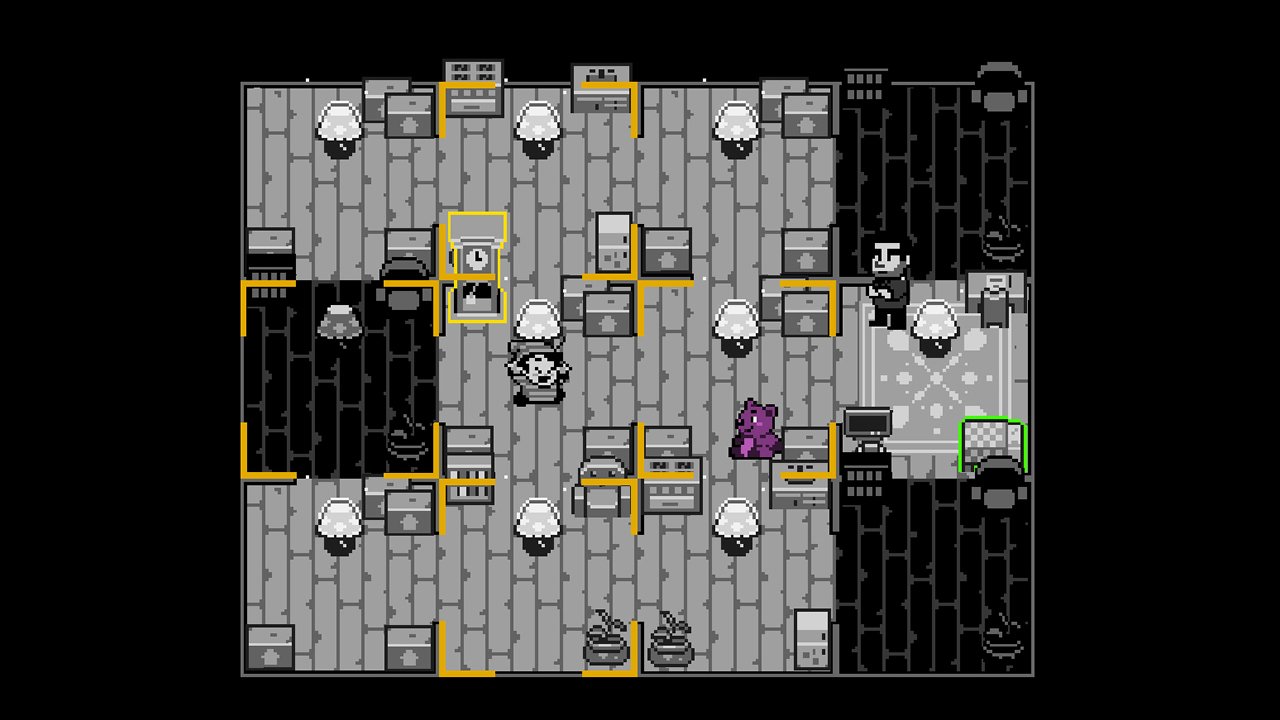 Despite being 40-years-old, I still get freaked out turning off the lights while on the way to bed. This usually happens after watching a horror movie or playing a scary game, where flicking a switch and watching the room go dark causes me to pick up the pace as I hurriedly move from the living room, to the kitchen, and down the hallway. There’s an uneasy feeling that as soon as the lights go out, I’ll suddenly hear something go bump in the night before driving its claws into my back.

Well, I’m happy to report that someone made a video game based on this premise called Bedtime Fright, which I first played during the recent BIG Festival indie game show in Sao Paulo, Brazil. The only catch is that visually, this indie belongs on Nintendo’s original Game Boy, as opposed to a realistic looking scare fest. But despite the lack of nightmare fuel, this game looks charming and backs up its cutesy appearance with addictive gameplay.

Currently in development by RevStudio for the PC, Bedtime Fright is a top-down puzzle game where you guide a little boy through different rooms in his home while avoiding a ghost. Each time you leave a room a light goes off, so the idea is to reach the kid’s bed without wandering into a dark room. Do that even once and the ghost wins, causing the boy to nervously shake and pee his pants.

The developers at RevStudio display each puzzle as a grid comprised of different rooms, and all you need to control the boy are the arrow keys; the game would work similarly with a d-pad or analog stick. Initial puzzles take seconds to complete because every room has one light, but the difficulty spikes sharply later on when you discover rooms with two or more. If a room has two lights, for example, that means you’ll need to somehow pass through the same room twice; later puzzles feature rooms with three lights!

With this in mind, it’s easy to surround yourself with darkened rooms, and with no rewind feature to speak of, you will likely restart puzzles multiple times before the figurative light switch goes on in your head and the solution becomes clear. Fortunately we did not run into a timer in the first batch of puzzles, and were free to beat these stages without feeling hurried; that said, a time mechanic would definitely make the game more intense, and is something we wouldn’t mind seeing in the most challenging puzzles.

Finally, and as we mentioned, Bedtime Fright looks like it belongs on the iconic Game Boy, with visually appealing 2D pixel art. The game displays just fine on a laptop, but we can’t help but think it’d be perfect on the Nintendo Switch in handheld mode. With this in mind, we hope RevStudio will port Bedtime Fright to the Nintendo Switch shortly after the game debuts on PC.

Don’t dismiss Bedtime Fright because of its simplistic appearance. There’s a chance this will become one of the year’s best puzzle games, and with more levels on the way (currently, RevStudio completed 50), we expect to spend hours switching off lights while keeping our pajama pants dry.