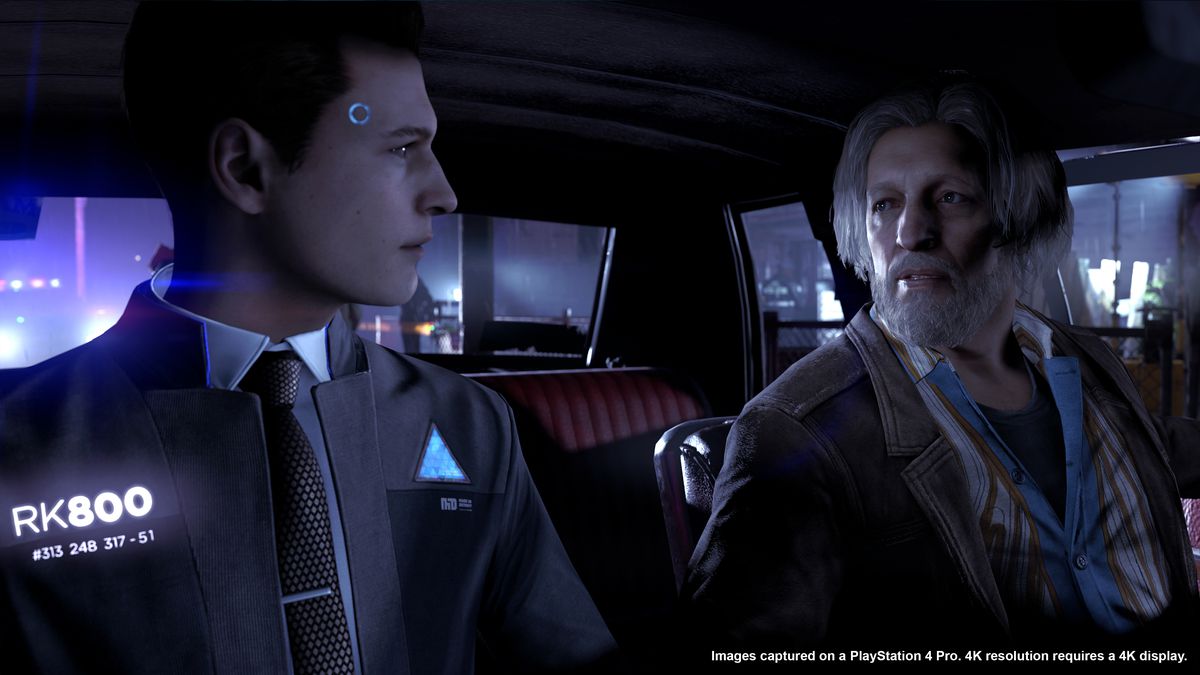 Previously, we brought you the news that Sony had confirmed that the next batch of free games for July would include both Pro Evolution Soccer 2019 and Horizon Shift Turbo.

It seems that has now changed, as Sony has taken to its blog to explain that PlayStation Plus subscribers will now no longer be getting Pro Evolution Soccer 2019 for free, but they'll instead be getting Detroit: Become Human. It also happens to be the Digital Deluxe version of the game, which will come packing another Quantic Dream game: Heavy Rain. Technically, this month means you'll get three free games then, which you can't beat for the price of your monthly PS Plus subscription.

It's a great game – and an upgrade to what you would have gotten otherwise, but there's no real reason as to why the swap was made.

As far as Horizon Chase Turbo, if you're into classic racers, you'll love what this '90s style arcade racing game has to offer. Inspired by games like Out Run and Top Gear, it's got a wicked soundtrack and split-screen multiplayer as well.

Our own Bill Lavoy reviewed Detroit: Become Human and awarded it a 9 out of 10. Here's what he thought of it:

"What makes Detroit: Become Human a great game, though, is that even after going back through alternate narrative branches and winding down my play time, I’m still invested. The world that Quantic Dream gave me to explore is only a short leap from the one we’re living in now, and the ideas presented have left me contemplating the role AI could play in our lives sooner rather than later. How would androids impact our personal lives, our economy, or our approach to global conflict? When Elon Musk said we should care about AI advancements I knew he was right, but Detroit: Become Human has shown me why."

In the meantime, what will August's free games look like? We'll be right back here again with another update when we have some sort of idea about what to look forward to. Keep checking back near the end of July. Maybe Sony won't switch out the games this time. Actually, it's pretty rare for them to do this, so we're pretty curious about what the reasoning is behind it all.