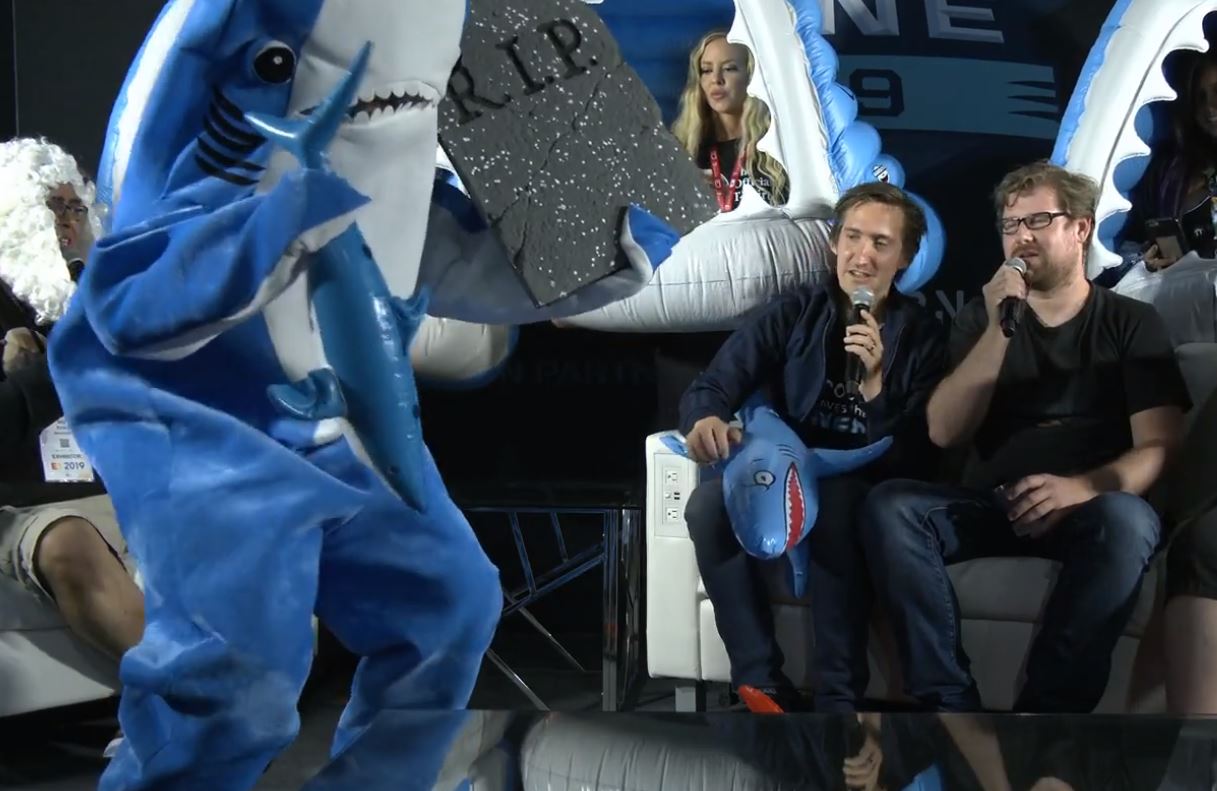 Admittedly, the never-ending sea of E3 2019 content can eventually take its toll on even the most curious video game fanatic, but occasionally you get to have a chat with an interesting person that becomes a welcome vacation from the norm. We got to sit down with Rick and Morty co-creator Justin Roiland and Squanch Games Lead Designer Erich Meyr in what was supposed to be a friendly chat about Trover Saves the Universe, but quickly devolved into something nearly indescribable.

In these written companions to our video content, we typically give a light description of the contents of the interview and some details on the game or product in question. Describing what happens in this particular interview borders on impossible.

I can list a small selection of the topics discussed during more than forty minutes of insanity:

Trying to work through Days Gone

Roiland also joined stream hosts Asif Khan and Blake Morse in bestowing Best of E3 2019 Awards to the various exhibitors. This is a video that you probably don’t wanna miss while simultaneously be troubled that you sat through. Awesome.