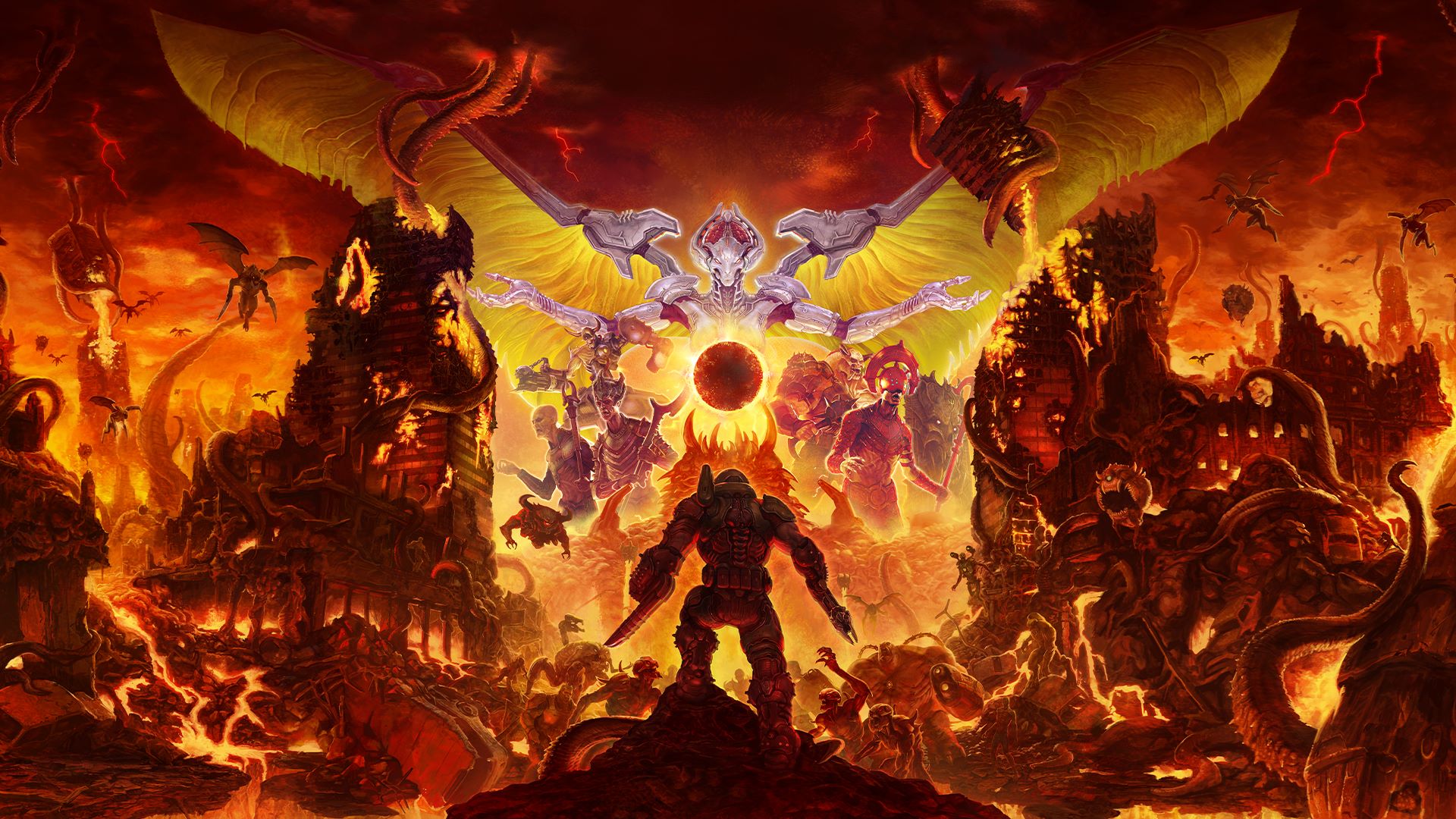 Doom Eternal's PVP is just as engaging as its campaign

Having began as a website that covered 1996’s Quake, Shacknews has a long and storied history with id Software. Following this year’s reveal for Doom Eternal’s release date in November, we sat down with Marty Stratton, the Executive Producer and Hugo Martin, Creative Director, to talk more about the game and its new features.

Of course, one of the biggest things we had questions about was the new Battle Mode PVP section that they showed off. In Battle Mode, one player takes on the role of the Doomguy, while two other players become demons. The goal is for the two demons to defeat the Doomguy, who is decked out just as much as he might would be in singleplayer. According to Martin, the PVP is just as engaging as the singleplayer campaign.

There was still plenty to talk about, though, as we discussed more of Doom Eternal with the two. We also learned that when Doomguy visits heaven, players will be able to meet a god—Martin stated that whether or not it’s THE god is up to the user. Still, it will be very interesting to see how the Doomguy’s adventures play out in Doom Eternal when it kicks into our lives this coming November on the PC, Xbox One, PlayStation 4, and Nintendo Switch.

Stay tuned to our E3 2019 hub for even more interviews like this, as we’ll be sharing them throughout the coming days. You can check out the full interview with Martin and Stratton above, where you’ll be able to hear all about the changes and things coming to Doom Eternal. Of course, you’ll also want to make sure you head over and subscribe to Shacknews and GamerhubTV on YouTube, as we’re always uploading new interviews, behind-the-scenes content, and more.