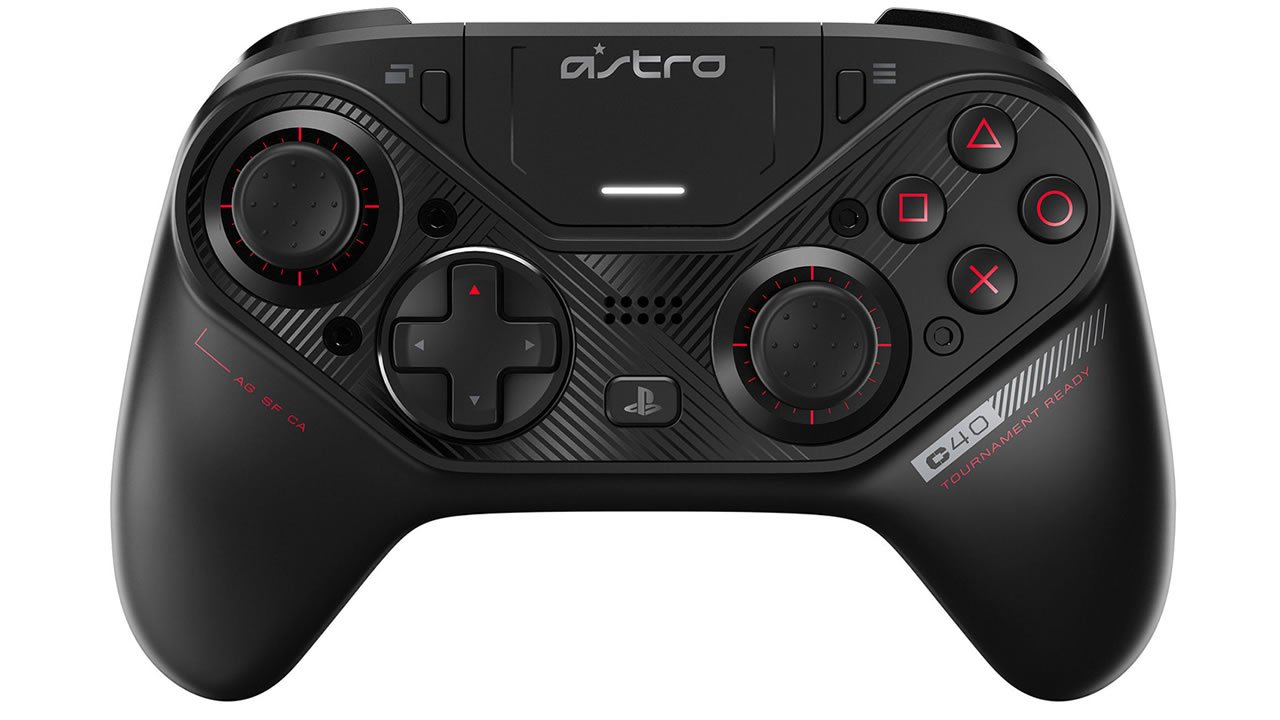 While PC gamers have always been spoiled for choice when it comes to input options, console players typically have to make do with barebones first-party controllers. Thankfully, the crew at Astro Gaming has been cooking up a new controller with modular flexibility that allows for impressive levels of customization. It's called the C40 TR, and Shacknews was on-site at E3 2019 to speak with Astro's Aron Drayer to learn more about what sets the C40 TR apart from other PC and PS4 controllers.

It's clear to see that the Astro C40 TR has a very striking design. It's built to PS4 specs, and even carries an official endorsement from the PlayStation brand. However, the style is more inline with the Xbox One controller, specifically with regard to its generously sized bumpers and triggers.

It's not an Xbox One controller, however — the PS4's touchpad can clearly be seen flush-mounted right in the middle of the controller, after all. With that said, users can give the controller offset analog sticks if they so choose, because the C40's biggest claim to fame is that the analog sticks and directional pad can be swapped at will.

Indeed, Drayer says that many players' first instincts was to swap both analogs to the left side, keeping the D-pad on the right. It's a fundamentally flawed layout, but it is technically possible with the C40. Even better, Astro is offering analog sticks of different lengths, textures, and tips so that players can get the ergonomics exactly how they want.

Beyond that, the controller also offers a few features found on devices like the Xbox Elite controller: Rear buttons. Two buttons, labeled UR and UL, are tucked away right where players' fingers rest at the back of the controller, and not only can they be programmed to different buttons or functions, they can also be disabled entirely.

The Astro C40 TR wireless controller for PC and PS4 costs $199.99, and is available for purchase right now over on the Astro Gaming website. For more hands-on impressions and developer interviews straight from the E3 2019 showroom floor, be sure to follow Shacknews and GamerHubTV on YouTube.